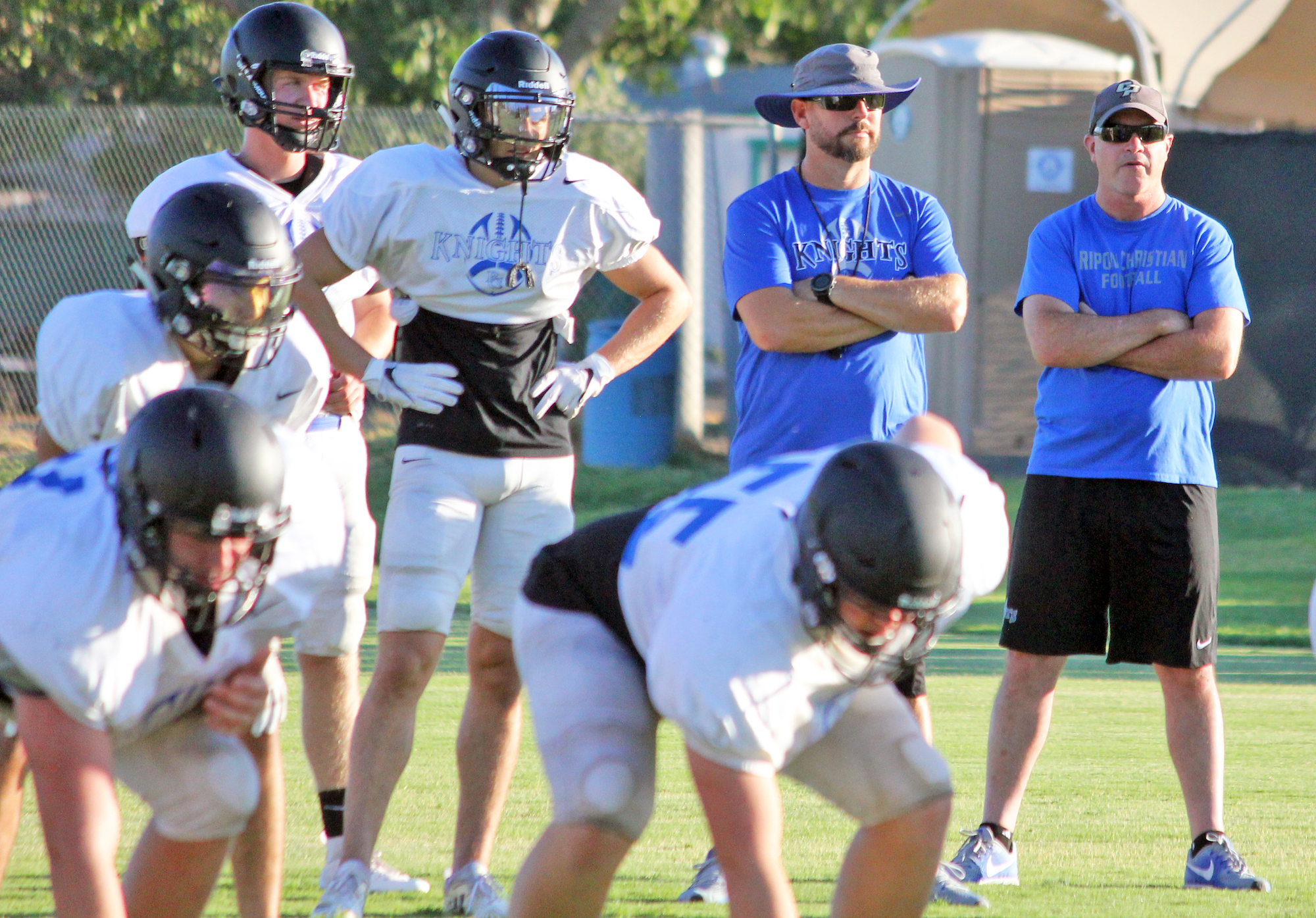 At last, it's here: No. 6 Orestimba at No. 5 Ripon Christian, a clash that may ultimately decide the Southern League.

The two small-school powers have been on a collision course since the start of the offseason. The Warriors are the three-time defending champion and sport a 23-game conference winning streak. However, they've been bumped in the FrontRowPreps.com rankings by Ripon Christian, a reigning Sac-Joaquin Section Division VII finalists which has impressed in victories over Stone Ridge Christian, Summerville and Denair.

The Knights have made it no secret: Their vision board for the 2018 season includes avenging a 40-0 loss to Orestimba last fall, and their confidence has been buoyed by the return of offensive coordinator Randy Fasani and the leadership of all-league types Michael Kamps, Drew Van Vliet and Sean McGovern.

One Denair called Ripon Christian the "real deal on both sides of the ball" after the Knights handed the Coyotes their first loss of the season, and on Friday, the rest of the region will find out if it's enough to rise to prominence in the Southern League.

The Warriors have had a tougher go of things this season, but coach Aaron Souza believes the adversity his team faced against Bret Harte, Hughson and Golden Sierra will serve them well in the wars of league and the postseason.

Here's a closer look at this week's small-school rankings:

2. (3) Modesto Christian (6-0, 2-0): Jose Hernandez scored on a 31-yard run and kicked a 21-yard field goal and Dillon Johnson recovered a blocked punt in the end zone as the Crusaders rolled to their sixth straight win. Next: vs. Escalon.

4. (2) Escalon (4-1, 0-1): The Cougars drops two spots following an overtime loss to Hilmar. Escalon laments its missed chances, including back-to-back scoreless red zone opportunities to start the second half. Next: at Modesto Christian.

5. (5) Ripon Christian (5-0, 2-0): Five games into the season and the Knights have yet to be truly tested. Michael Kamps rushed for nearly 200 yards as Ripon Christian set up its showdown with three-time defending Southern League champion Orestimba. Next: vs. Orestimba.

10. (8) Hughson (4-2, 1-1): The Huskies may have lost more than a game on Friday. Dynamic dual-threat quarterback Steven Morris left the loss to Modesto Christian with a scary knee injury. Next: vs. Riverbank.