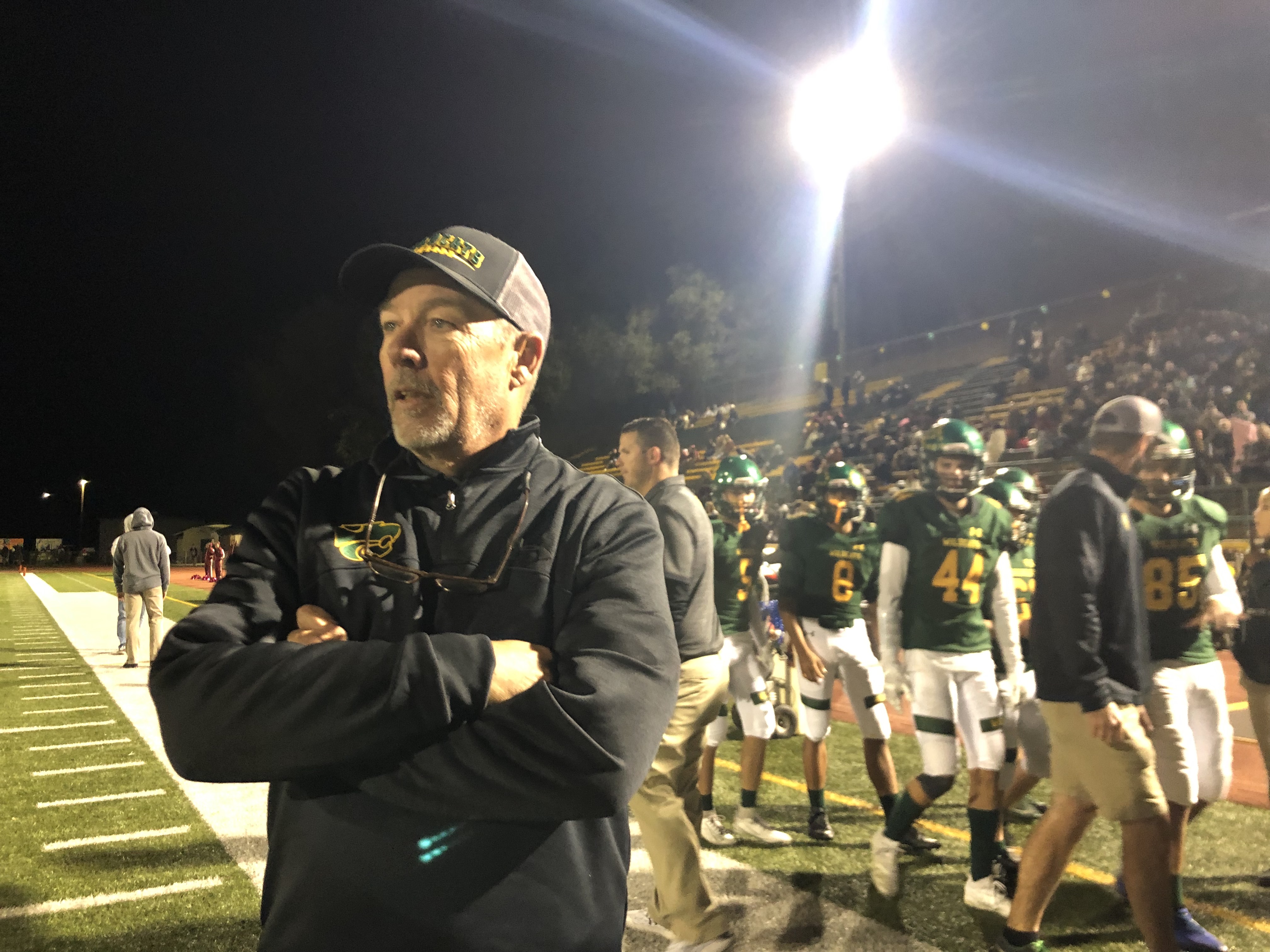 SONORA — This was supposed to be the year that Sonora’s Mother Lode League winning streak finally came to an end. It still may, but for now, the streak lives, reaching 32 games after the Wildcats thoroughly dominated Calaveras 35-7 Friday night at Dunlavy Field.

Calaveras was coming off a victory over previously unbeaten Amador, in Sutter Creek no less, so expectations were high in San Andreas that Calaveras could finally slay the green and gold dragon that has tormented the league since 2014, when Sonora was moved out of the Valley Oak League and into the MLL under Sac-Joaquin Section realignment.

But while others take aim at Sonora each and every week, Sonora doesn’t worry about such matters.

“The streak’s not important,” said Sonora head coach Bryan Craig. “Every week is a championship game in this league. You know, going 0-4 in the preseason, we told the kids, ‘We’ve got to win every league game.’ And that’s what’s more important to us.”

While winning every league game would ensure that the streak lives, Craig’s point is that a league championship is the main focus, not winning solely for the sake of the streak.

\Quarterback Nick Crockett rushed for three touchdowns — on runs of 45, 36 and 15 yards — and threw another to junior mountain Gabe Milbourn, a 6-foot-5, 225-pound specimens who seems well on his way to being named MVP of the league, for a 40-yard strike.

Elijah MacDonald scored the other touchdown for Sonora, which evens its overall record to 4-4 with its fourth consecutive victory and moves to 3-0 in league action.

Games against Amador next week and Summerville on Nov. 1 are all that remain for the Wildcats.

Meanwhile, Calaveras must regroup and finish strong — against Argonaut and Bret Harte — and hope that Amador can knock off Sonora, creating a three-way co-championship.