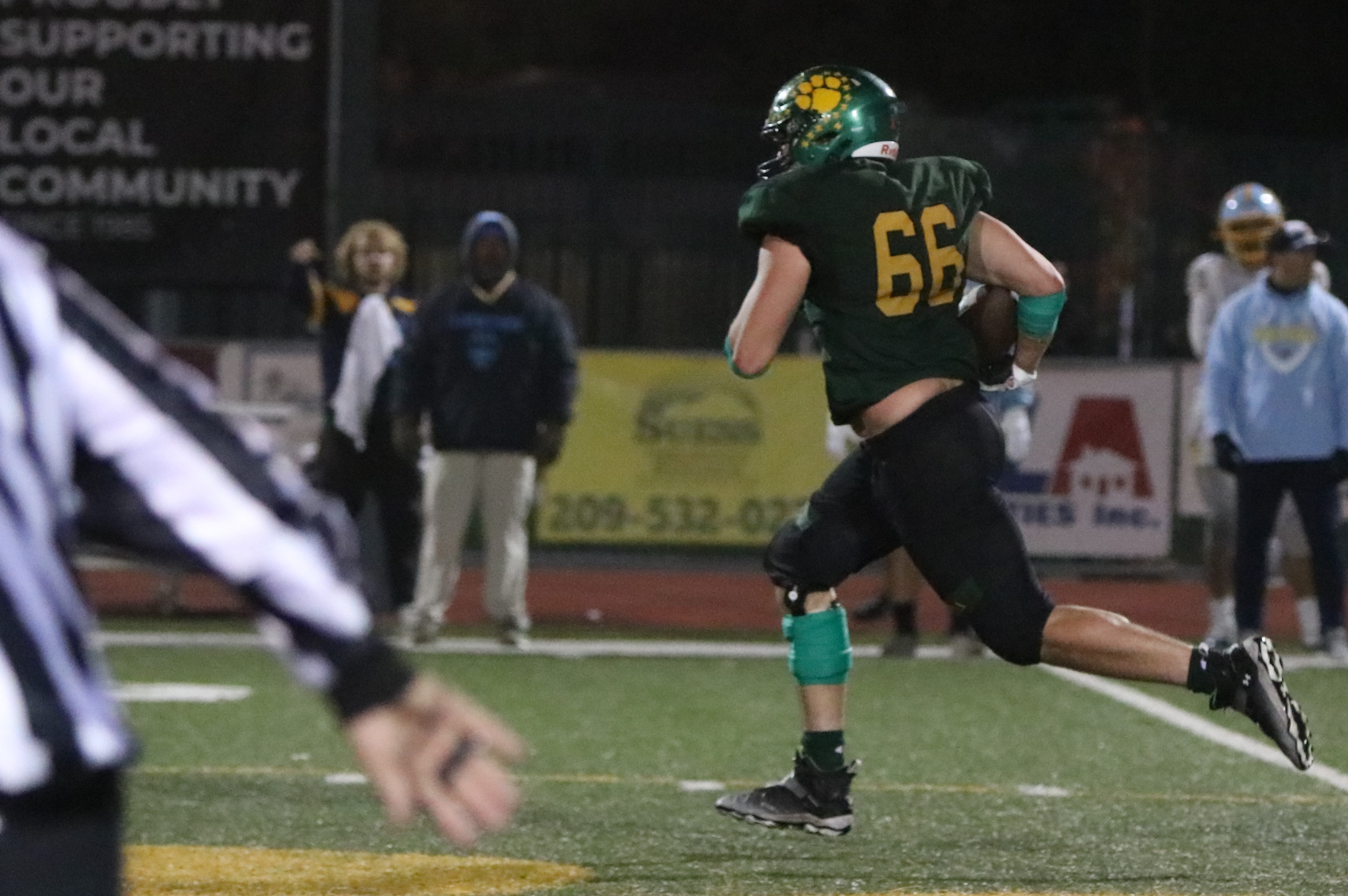 Sonora senior lineman Roger Alderman returns an interception for the final score in the Wildcats' 48-15 victory over Center in the quarterfinal round of the Sac-Joaquin Section Division V playoffs on Friday, Nov. 11, 2022. (Photographs by Kim)

When Roger Alderman reached the end zone with the evening’s final dagger, Sonora’s prized national recruit was greeted by a pack of Wildcats that came streaming off the sideline.

The Utah-bound lineman is a beloved figure on the foothill campus, so who better to usher the second-seeded Wildcats into the semifinal round of the Sac-Joaquin Section Division V playoffs?

The 6-foot-5, 260-pound senior jumped a screen pass, sending the home sideline into a frenzy.

“They had a blast,” Sonora coach Bryan Craig said. “The whole team was down in the end zone congratulating him.”

He lauded the play of Curnow, whose maturation under center has helped turn Sonora into a serious section title contender. The junior tossed a career-best three touchdowns, connecting with Noah Baker twice and Jack Teem, but it was his ability to run a tempo offense that had Center out of sorts.

“They didn’t expect us to tempo them,” Craig said, “but we’ll do that from time to time.”

Curnow has earned the confidence of the coaching staff, and as their faith in him has grown the passing game has opened up.

“This may have been his best overall game,” Craig said. “This is a game where we did both (run and pass) really well. We had some third-and-longs that he converted for us.

“It’s incredibly important for us. There would be times we’d be in a third and long and have to run the ball because we were afraid he wouldn’t read it right. Right now, he’s reading it and we have that confidence.”

Baker found the end zone three times, including a rushing score. Bryce Nicolson also had a rushing TD to cap the scoring for the Wildcats, who host No. 6 Dixon on Friday.