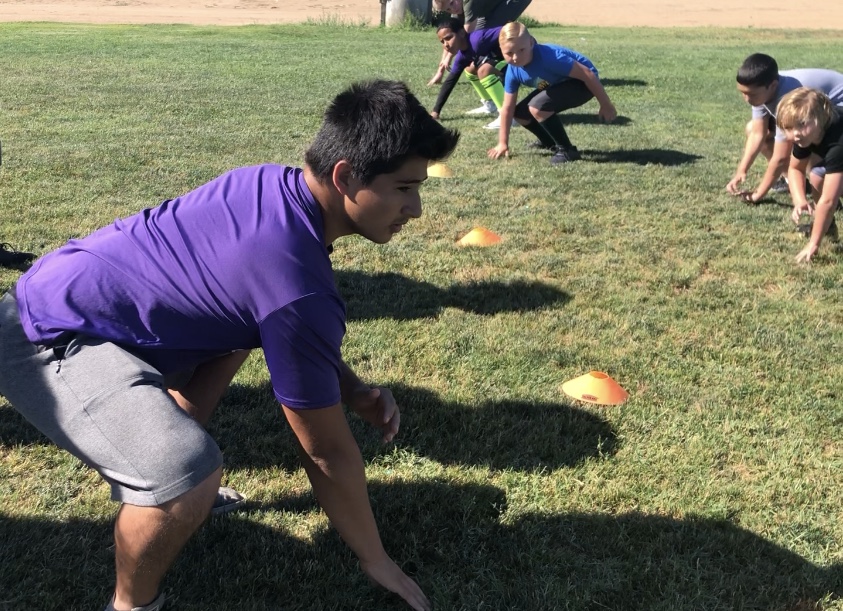 Denair head coach Anthony Armas didn’t get a lifetime contract for guiding the Coyotes to their first Sac-Joaquin Section and state football championships.

He didn’t get a raise.

Or his own office.

Such is life in small town.

But make no mistake. Armas is a star. He came back to coach his alma mater in 2015 and, after finishing two games with just 12 available players — that’s 12, as in one player on the sideline! — during the 20-16 campaign, he guided the Coyotes to a 12-1 record, their first Sac-Joaquin Section title and the CIF Division 7-AA state title with a 42-14 win over Santee (Los Angeles).

“I don’t think we dreamed it, so it was definitely more than we dreamed of,” said Armas of winning the state title last year. “It was exciting, kind of hard to put into words, but it was just fun. The kids enjoyed it, the community enjoyed it, coaches enjoyed it. It was great. A great experience.”

This year, the Coyotes have 16 returning lettermen, 15 of them seniors. So experience and — dare we say it? —  depth will be a strength for a team that lost just one game last year, 35-7 to Southern League foe Ripon Christian, a team that advanced all the way to the Division VI section final before bowing out to eventual state champion Hilmar.

On Tuesday, July 2, when Front Row Preps rolled into Denair as part of its Summer Tour of high school football training camps, Coyote players were conducting drills as part of a youth camp, perhaps teaching technique to the next great wave of players to wear purple and gold.

“I think definitely it was a positive,” said Armas. “People are walking a little taller and it kind of put us on the map, I think.”

True enough. Nobody in the Southern League will take Denair lightly.

“I think (the Southern League) is going to be pretty competitive,” said Armas. “Ripon Christian’s doing some really good things up there, Orestimba’s always good … and then Le Grand’s getting better … Mariposa. It’s going to be tough.

“But we feel if we do well in our league, whether we win it or not, come plays we’re usually pretty prepared for playoffs.”

Also, Denair adds former coach Don Curtiss to the coaching staff, who has been at Pitman for much of the past decade.