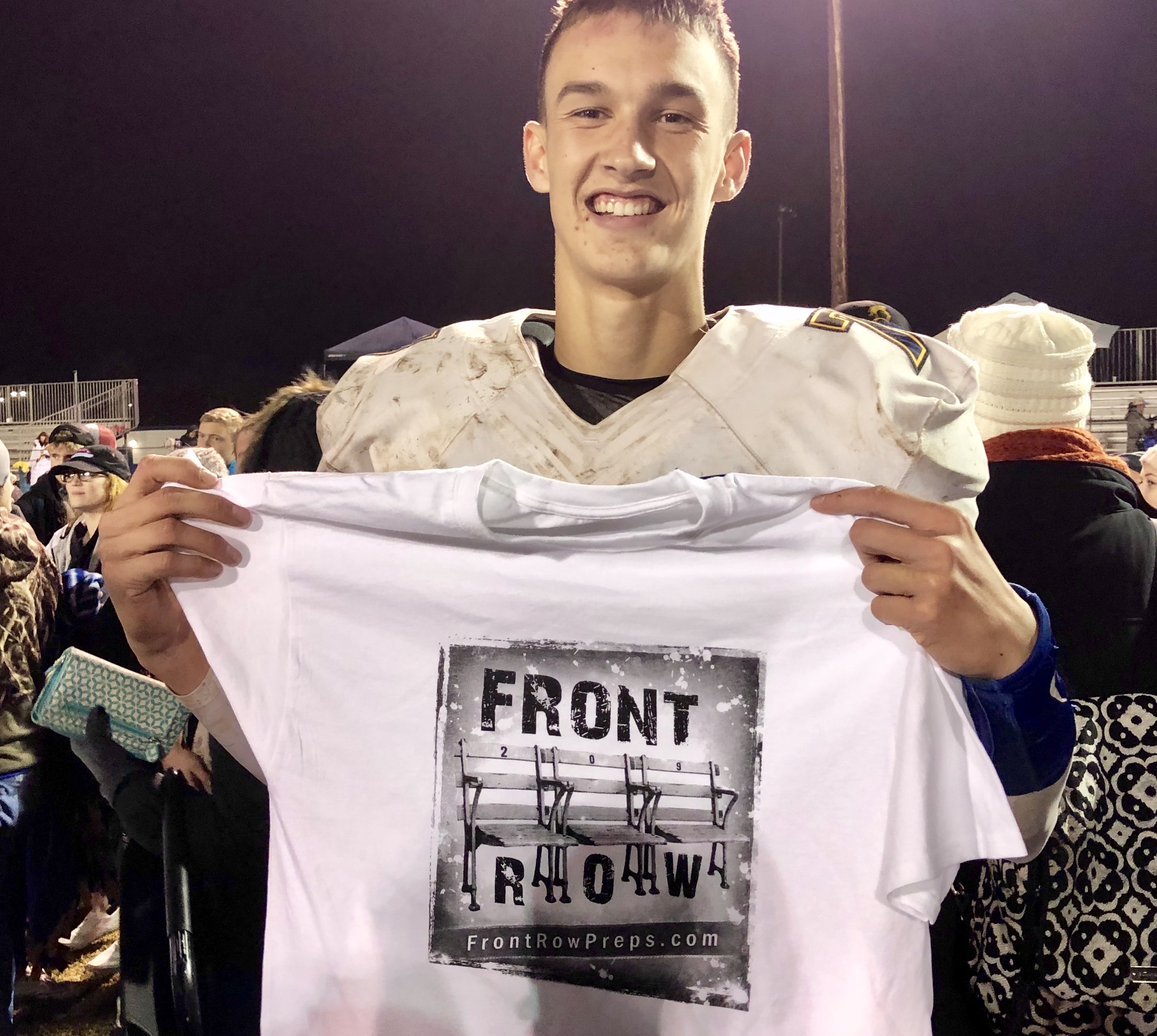 Ripon Christian quarterback Cade Alger threw three touchdown passes in the first half of a 25-13 win over Modesto Christian on Friday, Nov. 23, 2018, in the semifinal round of the Sac-Joaquin Section Division VI playoffs. (Conor McGill)

SALIDA — The postgame handshake between Ripon Christian coach Trey Ozenbaugh and Modesto Christian’s Mike Parsons was spiced by some well-earned words from the MC coach.

“You’re ready for the TVL,” congratulated Parsons, who’s guided teams to state glory. That meant something to Ozenbaugh and the 15-year-old RC football program.

“To hear him say that,” Ozenbaugh said, “was special.”

Ripon Christian deserved such praise Friday night after its convincing elimination of Modesto Christian, the Sac-Joaquin Section Division D-VI’s top seed, 25-13. The fourth-seeded Knights, 12-0 for the first time in school history, will advance to the section final next week against defending champion Hilmar.

They’ve fallen in section title games last year and 2013, but there’s deeper meaning in RC’s latest run. The Knights took their Trans Valley League lumps several years ago and dropped to the Southern League.  The Knights’ resounding victory over one of the perennial TVL heavyweights — in the cauldron of a section semifinal — dripped with validation.

When asked if the win was RC’s best ever, Ozenbaugh left no doubt.

Ripon Christian checked every box this night.  Cade Alger, the Knights’ 6-foot-8 quarterback, gashed a young MC secondary for three touchdown passes before halftime. Michael Kamps, RC’s workhorse running back, caught one of those scoring passes, then tightroped 54 yards for a touchdown early in the second half to extend the Knights’ lead to 25-7.

Kamps, comfortable on the rain-slowed turf, totaled 143 yards on 18 carries and also intercepted a pass. Ripon Christian forced three turnovers to none for MC.

“I think it’s about time Ripon Christian gets recognition,” said Kamps, who’s rushed for nearly 1,600 yards this season. “This is a statement win, to take on a top-notch TVL team and beating them.”

Ripon Christian, the SL champion, clearly was prepared for its 10-minute trip down Highway 99 to Roy Blakeley Field. The Knights handled the soggy conditions better than their hosts, who struggled with the short snaps to quarterback Hayden Sauser.

There was an element of mystery about the matchup.  The teams had not met, nor did they have a common opponent this season, but RC’s team strength showed from start to finish.

“They were bigger, faster and stronger than they showed on film and they adjusted better to the weather. We just made too many mistakes,” Parsons said. “They’re as tough as any team we’ve seen this year.”

The Knights, on their next possession, caught MC off-guard on a 26-yard wildcat keeper by Kamps. On the next snap, Alger’s play-action pass to Sean McGovern--alone and with room to run—resulted in another 30-yard touchdown.

Modesto Christian answered with a 77-march capped by Isaac Schinmann’s 2-yard rip through heavy traffic. With less than 90 seconds left before halftime, MC seemingly had stabilized.

Instead, Ripon Christian responded emphatically: A 17-yard gain by Kamps, a 32-yard reception to McGovern and, finally, Alger’s 19-yarder over the middle to Kamps deep in the end zone with 11 seconds left in the half.

The visitors then received the second-half kickoff and immediately extended the lead on a trap block that sprung Kamps.

“We were definitely the underdog,” Alger said. “But when we saw them on film early in the week, we thought we could beat them.”

Modesto Christian (10-2), which shared the TVL title with Ripon, was weakened by the injury loss of two-way standouts Jose Hernandez and Sam Coon. Two of the Knights’ scoring passes came over the middle, where Hernandez normally patrolled at safety.

The Crusaders picked up 20 first downs but lacked RC’s balance and explosion. In fact, Ripon Christian pointed toward D-VI, its promotion after sweeping the SL. Beaten 56-28 by Rio Vista in last year’s D-VII final, the Knights have earned their shot against Hilmar.

“We won some games this year because we were stronger. It’s also good to finally get our offense to where our defense has been,” Ozenbaugh said. “We believe in that ‘US’ on the back of our helmets. We’ve bought into it.”