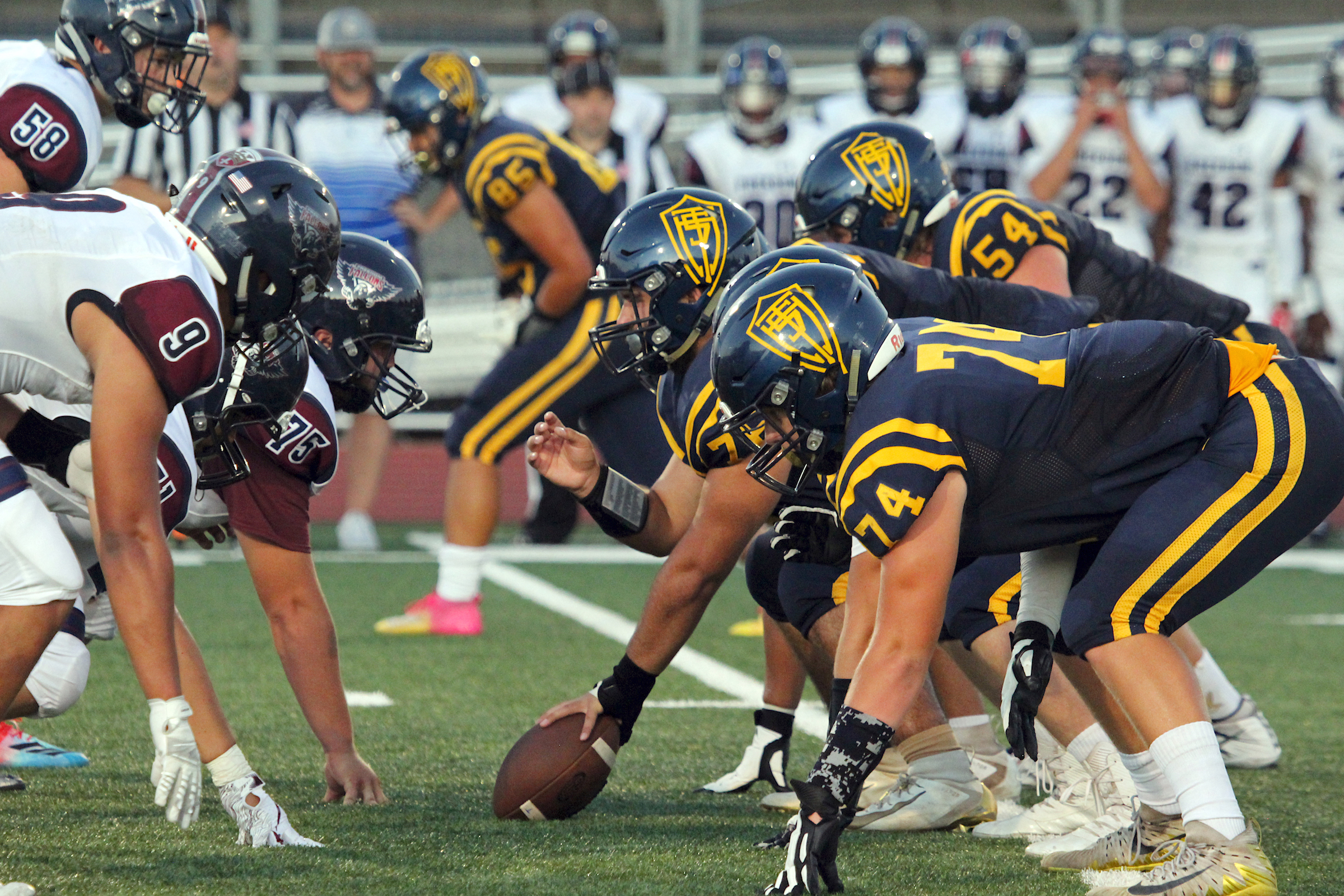 Stealing their thunder: Turlock seizes outright No. 1 with win over Sheldon

‍1. (t-1) Turlock (3-1): The Bulldogs scored the final 14 points, including David Cruz’s eventual game-winning touchdown reception, and the defense was unrelenting in a 14-6 win over Sheldon, a perennial playoff team from Elk Grove. Turlock’s defense allowed only 2.8 yards per play. Friday: vs. Central (Fresno).‍

2. (t-1) Buhach Colony (4-0): The Thunder completed the non-conference portion of its schedule with a 71-14 victory over Weston Ranch, a one-win team out of the VOL. While Buhach Colony has impressed in the opening month, the Thunder slip to No. 2 because its latest victory simply doesn’t stand up against Turlock’s win over Sheldon. Friday: at Patterson.‍

3. (6) Manteca (3-1): The Buffaloes rocketed to a 34-6 lead at the intermission, turning this old-school Valley Oak League revival into a rout early. Manteca’s star shone brightest in the first half: Ryan Ward was 5 of 8 for 135 yards; Trabron Russell rushed for nearly 150 yards and two TDs; and Jacob DeJesus also found the end zone twice. Friday: vs. Central Catholic.‍

4. (3) Oakdale (2-2): The Mustangs have dropped two straight at The Corral, the latest a 28-14 defeat to Palma. Head coach Trent Merzon isn’t concerned, though. He believes his team will contend in the VOL because of losses like this and the season opener against Bay Area power Liberty of Brentwood. “Come watch us play next week,” Merzon told The Modesto Bee. Friday: vs. East Union.‍

5. (4) Downey (3-1): The Knights struggled mightily on homecoming night, losing to small-school No. 1 Escalon in the FrontRowPreps.com Game of the Week. The schedule only stiffens from here, too, with the Central California Athletic League opener with Turlock looming. Friday: at McClymonds.‍

6. (5) Central Catholic (0-4): Promising sophomore running back Lyon Colon rushed for more than 100 yards for the second week in a row. Colon had 139 yards and two touchdowns on 15 carries, emerging as a silver lining in this frustrating four-game losing streak. Friday: at Manteca.‍

8. (9) Sierra (4-0): The Timberwolves showed their depth and explosiveness in a runaway victory over Lathrop, a former VOL foe. Backup quarterback Matt Dunham, a star baseball player, racked up more than 230 yards of total offense and three TDs for the red hot “Blue School.” Friday: vs. Kimball.‍

10. (nr) East Union (3-1): The Lancers have won three consecutive games after losing a shootout with No. 5 Downey in their season opener. East Union is led by quarterback Eric Morales and running back Carlos Alvarez, who have combined for 790 rushing yards and 10 touchdowns. Friday: at Oakdale.