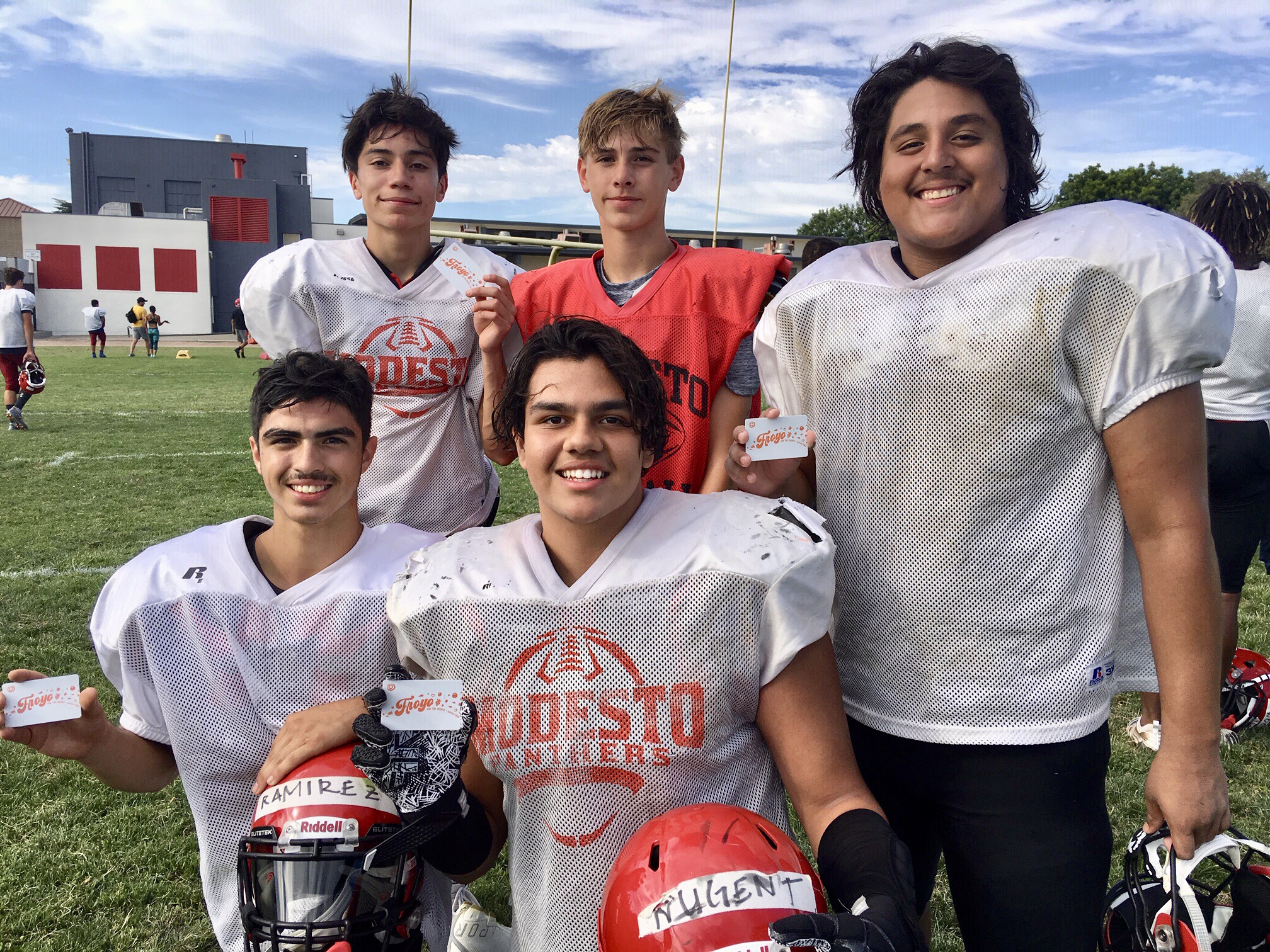 After finishing below .500 last fall, Modesto set a new direction under first-year coach Dylan Miller (not pictured). The Panthers will look to players Francisco Ramirez, John Nugent, Josiah Figueroa, Eli McCabe and Sebastian Saucedo to be difference-makers on Friday nights.

Long, the Modesto High Panthers coach for 12 seasons through 2012, recalled an undersized linebacker shedding blockers and blowing up plays with his smarts rather than his strength.

“He was always in the spot he needed to be because he paid attention,” said Long, now the freshman coach at Oakdale. “He was smart and coachable and got after it.”

“He” was Dylan Miller, class of 2006, the new head coach at his alma mater. If the Panthers take on the personality of their leader, they’ll play with nonstop energy and an overachiever’s mentality.

“I’m excited for him and excited for the school. I think they made a great hire,” Long praised.

Miller, 30, worked hard to earn his first head-coaching job. He coached linebackers at Modesto Junior College from 2009 to ’14 and, after a break from coaching, returned as an assistant last fall at Central Catholic.

Modesto had to click with this coaching selection, its fourth since Long stepped down. That said, Long is joined by other savvy football watchers, including coaches Rusty Stivers at MJC and Roger Canepa at CC, who believe the Panthers made the right call.

A practice this week revealed Miller hustling the Panthers from drill to drill and often engaging in 1-on-1 instruction. He and his staff will rely on many juniors this fall. Getting them up to speed quickly may dictate their season, which begins Aug. 24 against Clovis.

“I’ve wanted to be a head coach for many years. The sky opened up and I’ve started my journey here,” Miller said. “It’s a special place and I’m lucky to be here.”

“They (his MHS teammates) made me look like I was good at football,” Miller said. “My game was reading my keys and playing fast.”

Miller often is confused with Klayton Miller (no relation), the emotional Modesto quarterback who passed or rushed for 63 touchdowns from 2008 to ’10.

“It’s a running joke,” the coach said. “I actually played with his brother Kyle. My brother Ian succeeded Klayton as quarterback.”

If Modesto’s new coach has his way, he will strike an unmistakable new direction. It won’t be easy. Last year, the Panthers slipped to their first losing season (5-6) since 2012, and annexing their seventh straight playoff appearance will be a major task. The Central California Athletic League promises another demanding road.

The Panthers will look to junior quarterback Chris Bryant, labeled simply as “athlete” on the preseason roster, to lead them on offense. He’ll hand off to juniors Francisco Ramirez and James Hayes (639 yards in 2018) and pass to tight end John Nugent.

“We’re the only school in Modesto with Modesto in its name,” Nugent reminded. “We do have a sense of pride in what we do.”

Modesto’s chances also will depend on two-way lineman Gerardo Sandoval and the versatile Alonzo Rodriguez.

Miller will serve as defensive coordinator while Alex Luna, another Modesto grad who switched from the Central Catholic staff last year, will run the offense. The head coach is surrounded by MHS grads, which is how he wants it.

“I would hope for our players … for a team that excels at all things that don’t involve talent,” Miller said. “We want to shock people with our work ethic. I hope that’s the way we’ll play on Friday nights.”