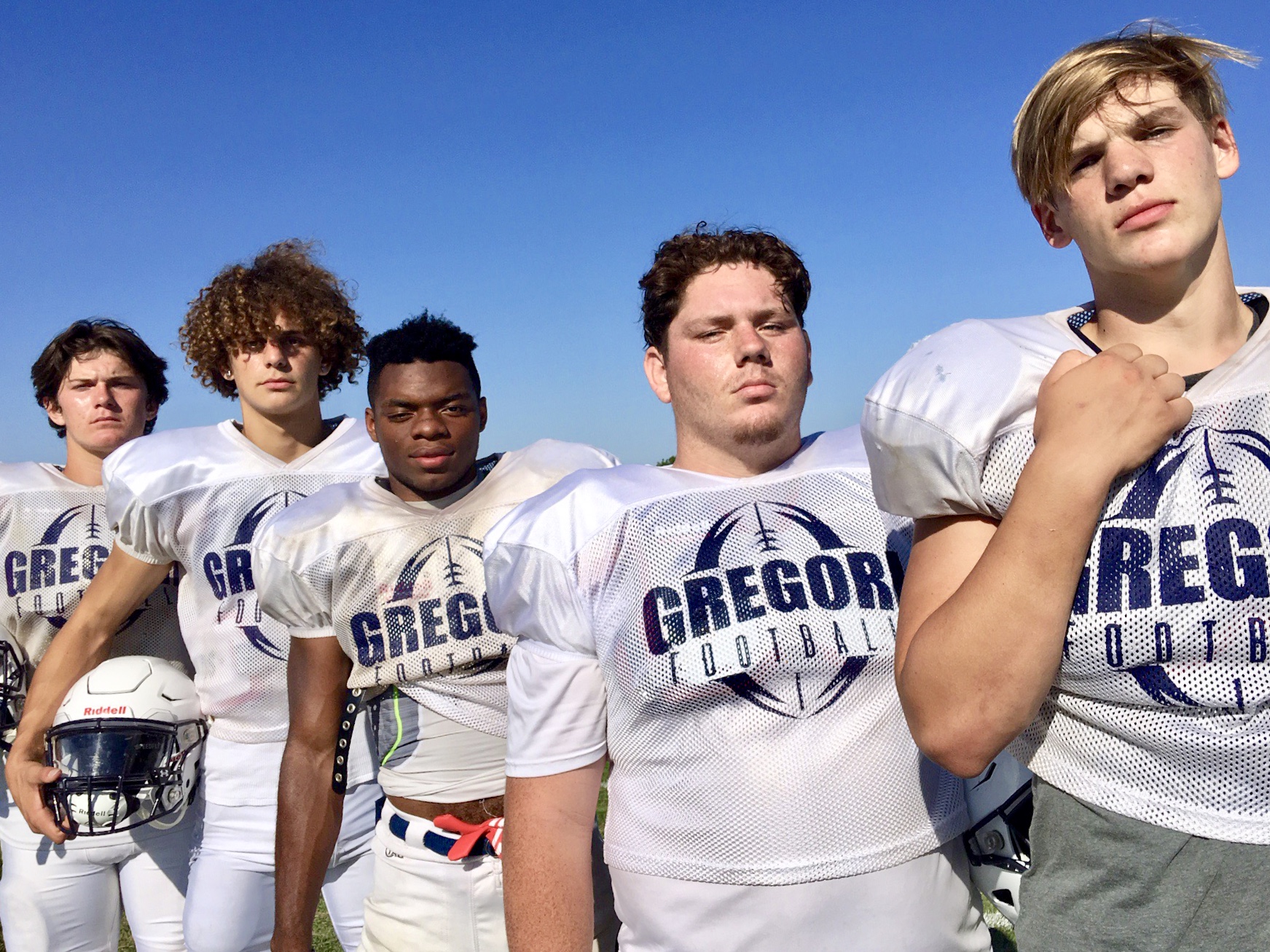 The Gregori High Jaguars, at all three levels, end each workout with a ceremony of trust and connection.

The players form a line and, one by one, they touch hands with each coach. The gesture means, “Thank you, we’re together, we’re a team, every day.”

“It’s a tradition here at Gregori,” said Lamar Wallace, the third head coach in the Jaguars’ still-young history. "The kids really value it."

Among all the newness Wallace promises as the successor to Jason McCoy, he's happy to retain that post-practice player-coach bonding.

A chat with Wallace, the last member of Gregori’s original football coaching staff, usually leads to the word “trust.”  As he begins to put his imprint on the program, that word is central to his philosophy.

Gregori, a perennial Sac-Joaquin Section playoff qualifier, was humbled last fall in the newly formed Central California Athletic League. One season after sweeping all 10 regular-season games and rolling through the finale of the Modesto Metro Conference, Gregori slipped to 5-6 and fourth place in the CCAL. A 63-21 thrashing at the hands of eventual league champion Turlock proved painfully instructive.

“Turlock took it took to us,” said Wallace, who will continue his duties as defensive coordinator. “That is the program we have to catch. It showed us how tough we’ll have to be.”

Wallace, 34, is no stranger to Modesto football. The Bay Area native was a tough-minded safety on Don Lanphear’s last team, the 2001 Grace Davis Spartans who won the Central California Conference title. As symmetry dictates, Wallace and the Jaguars now call Don Lanphear Stadium their home.

"Lamar is a quality guy who has a plan. He's up-front and honest and has a new edge to him but at the same time he's a little old-school," Lanphear praised. "As a player he was smart and always on top of his game and was very competitive. You always knew he was listening to you."

Wallace didn't mince words about the 2018 Gregori team that learned some hard lessons. One of his current goals is to make sure his returners don't repeat the same mistakes.

“I think there were a lot of could’ves, would’ves and should’ves with our group (last year),” Wallace said. “We’ve got to eliminate that and play in the moment.”

As with most high school teams, Gregori will need consistent production from a corps of talent. That hub begins with All-CCAL offensive lineman Ralph Cordaway, who will also join the rotation along the defensive front.

Quarterback Baker Melendez, another senior, must take another step forward. Melendez, 6-foot-4, passed for 1,507 yards, 11 touchdowns and six interceptions in 2018. His success also will depend on the explosive senior running back Titus Rhiney and his 4.5-second speed.  Though he was not a featured back last year, Rhiney totaled 576 yards and six touchdowns.

One of Melendez's favorite targets will be junior wide receiver Trevien McLendon, who will double as a defensive back. McLendon already has logged a season of varsity experience.

Isac Estrada and junior Tim Ruiz should lead the secondary. Midseason help will come from Mario Hernandez, a Modesto Christian transfer who must sit out the first 30 days.

There will be precious little time for a warmup. Gregori jumps into the pool’s deep end with its season opener Aug. 23 at home against a potentially very good Buhach Colony team.

Part of Wallace’s mission is to blend the old with the new. Before last season, Gregori won 18 games in 2016 and ’17. The program has enjoyed recent success.  That said, the challenge of a demanding conference should push Gregori forward.

“(We must) build off what already has been set here,” Wallace said. “For the last five or six years we’ve been a playoff team under coach McCoy. It’s time to build off that.”

They will build, one coach-player handshake at a time.