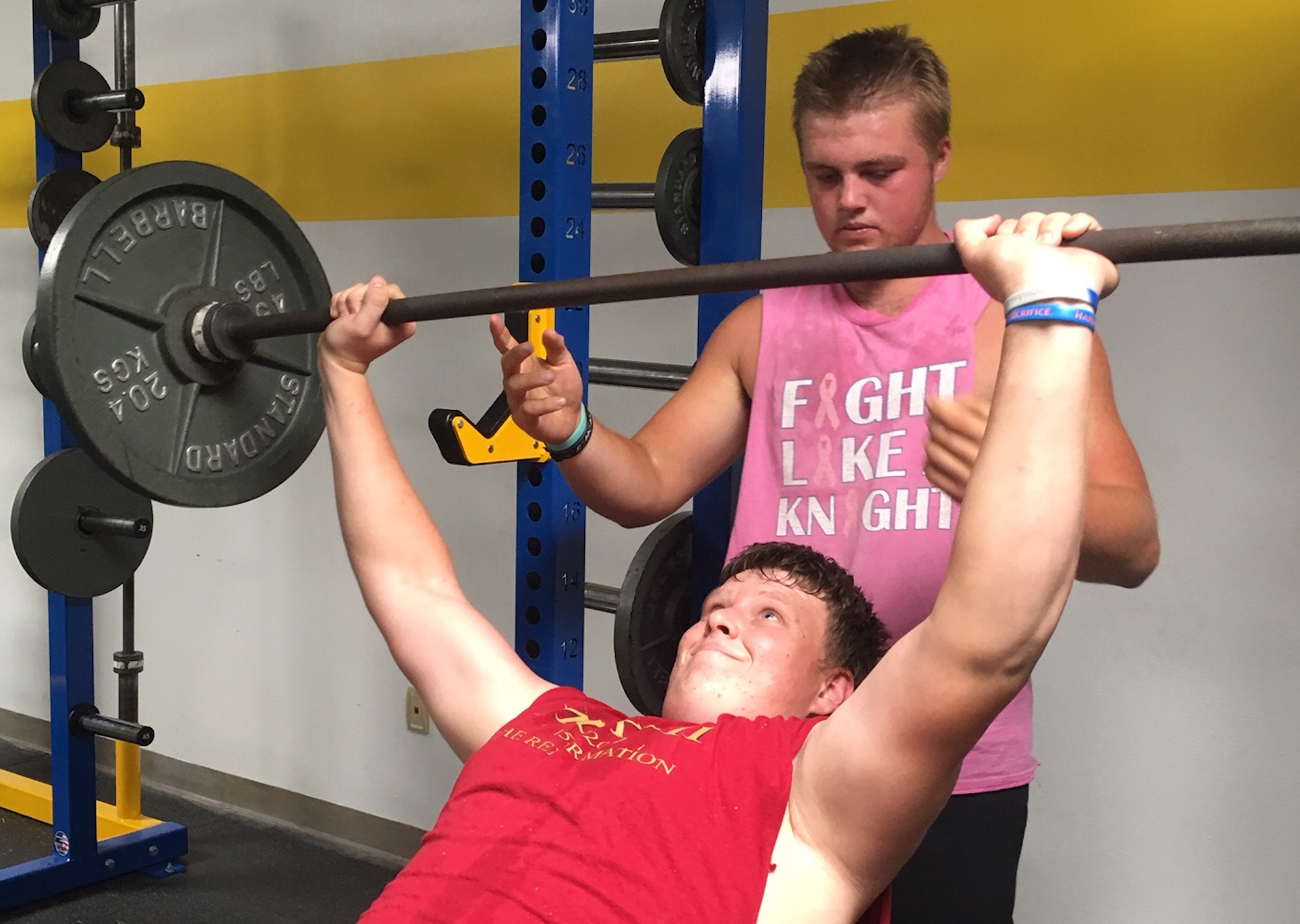 Randy Fasani’s second tenure at Ripon Christian is playing out much like his first.

That is, the Knights are still winning.

Fasani, the former high-school All-American at Del Oro and quarterback at Stanford who played briefly for the Carolina Panthers, again is the Knights' head coach. Right off the top, he’ll deal with something that must be addressed by all successful programs.

“The expectations are high because we have a lot of returning talent,” said Fasani in reference to returning players at 15 positions -- eight on defense and seven on offense.

But first things first. RC is happy to have Fasani back.

Ripon Christian went a combined 19-6 while Fasani served as co-head coach with John Vander Schaaf in 2012 and head coach in 2013. After a five-year sojourn, Fasani returned to RC last fall as offensive coordinator under head coach Trey Ozenbaugh.

The Knights have enjoyed success in their 15-year football history but commanded major attention in 2018. They won a school-record 12 games, ended Orestimba’s 23-game winning streak in the Southern League and stunned top-seeded Modesto Christian 25-13 in the Sac-Joaquin Section Division VI semifinals.

That victory, on MC’s rain-soaked turf, resonated in the area. It also clinched Ripon Christian’s third section finals appearance and its second in succession. Alas, it didn’t end well for the Knights. After a good start, they were popped 57-14 by eventual state-champion Hilmar at Turlock’sJoe Debely Field.

“The Hilmar game doesn’t sit well with us. They punched us in the mouth and we did not respond,” Fasani said. “Kids tend to remember the unfortunates even though we had an absolutely amazing season.”

RC’s physicality last year on both sides of the ball will not change. The Knights return all five offensive linemen, including center Erik Weststeyn (6-3, 235) after his injury-shortened junior year. Also back are two-way standouts Garrett Bryan (6-2, 260), Wyatt Van Vliet (5-11, 230) and Jason Vander Wiede (6-4, 240).

Also figuring into RC’s plans is Modesto Christian transfer Seth Gallo, who Fasani says is one of the team’s strongest players.

Ripon Christian’s roster size, set this year at 24, is misleading. The Knights are deeper than the numbers. Fasani believes every player will compete at a high level for a starting spot.

Consider RC at quarterback. Last year, Alger was there after Nolan Lingley’s season-ending shoulder surgery. But when Alger was sidelined by a painful rib injury during the Knights’ amazing comeback against Orestimba, Jacob Van Groningen – No. 3 on the RC depth chart – found Austin Ries on a wheel route for the 22-yard TD pass with 26.3 seconds to win 23-17.

Lingley and Van Groningen will vie for the quarterback job. Replacing Kamps will be senior Sean McGovern and junior Cole Gemmell. McGovern, a wide-receiver and safety a year ago, impacted RC in a big way last year. He caught eight touchdown passes and accounted for both TD’s against Hilmar, one of them a 58-yard scoop-and-score. Jake Grondz could make an impact as a receiver and in the secondary.

RC’s issues with penalties last year – 120 yards of them against Hilmar – also is on the coaches’ checklist.

“We preach character year-round. True character comes out when your back is against the wall. We had a couple of guys who couldn’t control their temper,” Fasani said. “I think people will see a difference this year.”

Fasani believes this team, collectively, is the most talented in RC history.  Accordingly, the Knights can’t wait for the season opener Aug. 23 vs. Grace Davis.

“Our goals are always league titles and blue banners (section titles),” Fasani said. “A lot of good teams become complacent. We don’t want to be one of those teams.”