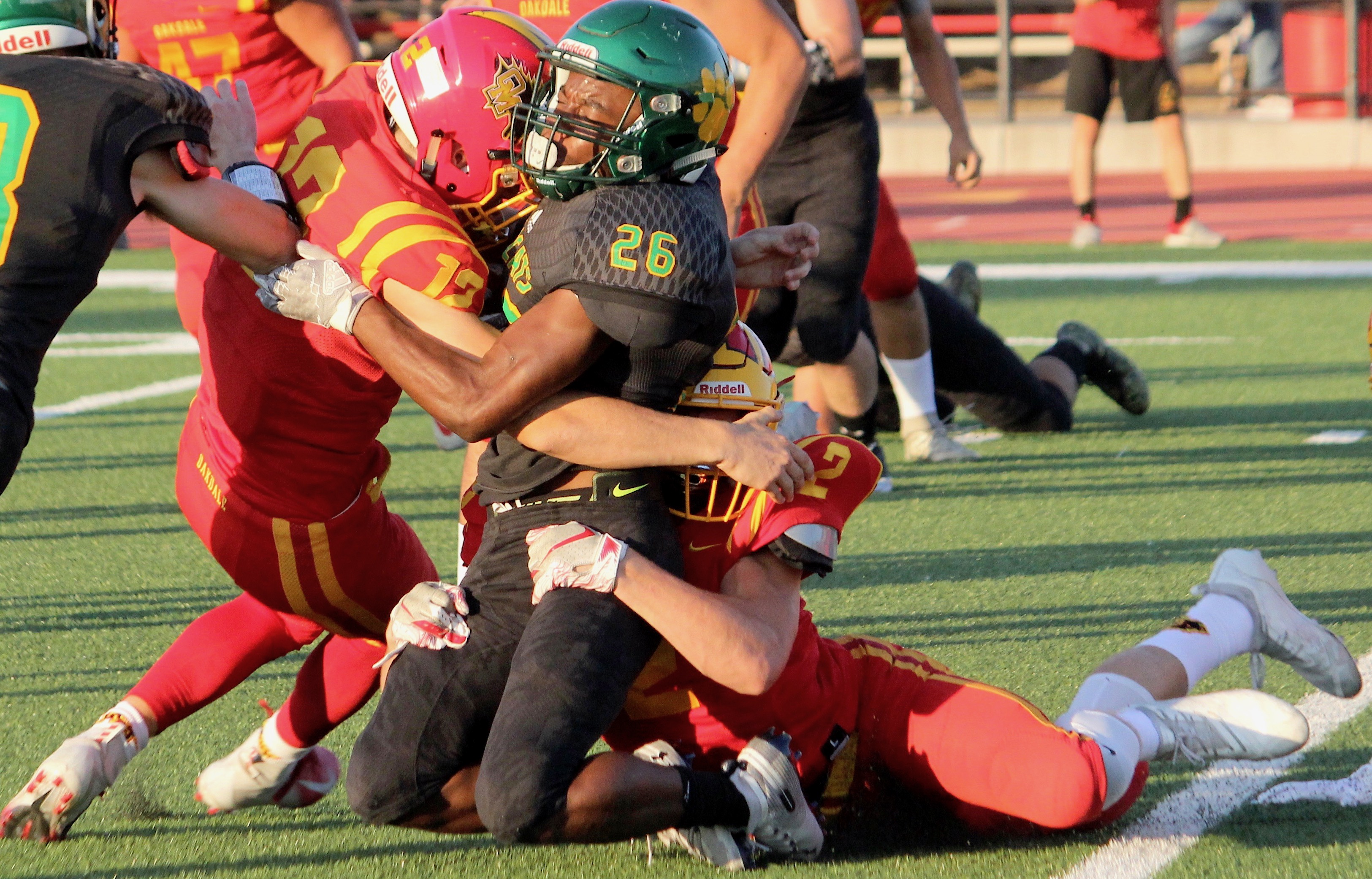 After a breakout junior season, running back C.J. Castleman struggled to find his form for the Sonora High football team in the fall. Today, he runs track for league rival Calaveras. (Glenn Morris)

In the fall, the Sonora High football program banked on the running ability of senior CJ Castleman, a track star wo had a breakout junior season. Now the fastest man in the Mother Lode looks to lead a rival to postseason glory.

Castleman has transferred to Calaveras — the Wildcats’ chief nemesis in football during its spectacular five-year reign in the Mother Lode League.

As first reported by the Calaveras Enterprise’s Guy Dossi, Castleman enrolled at Calaveras on April 1 after his family moved into Calaveras County. Later that week, Castleman toed the line in 100- and 200-meter dashes against his former teammates in a league cluster, winning both races.

Castleman owns the 15th-fastest time in the Sac-Joaquin Section in the the 200 with a 22.49 clocked at the Hal Clements/Bret Harte Invitational on April 13. He also set a personal record in the 100 at that event, accelerating through the finish line in 11.29 seconds. Castleman has won five of the six league races since transferring to Calaveras.

“It’s different, but I push through it,” Castleman told the Calaveras Enterprise. “Calaveras is a nice school and I’ve made a lot of friends in the first week that I was here.”

In the fall, Castleman's struggles were tied to Sonora's slow start. The Wildcats began the season as the region's top-ranked small-school team, but lost their first four games and fell out of the poll. Sonora rebounded to win the Mother Lode League for a fifth straight year, extending its conference winning streak to 29 games, but Castleman never found his stride. He finished with 253 yards on 37 carries.