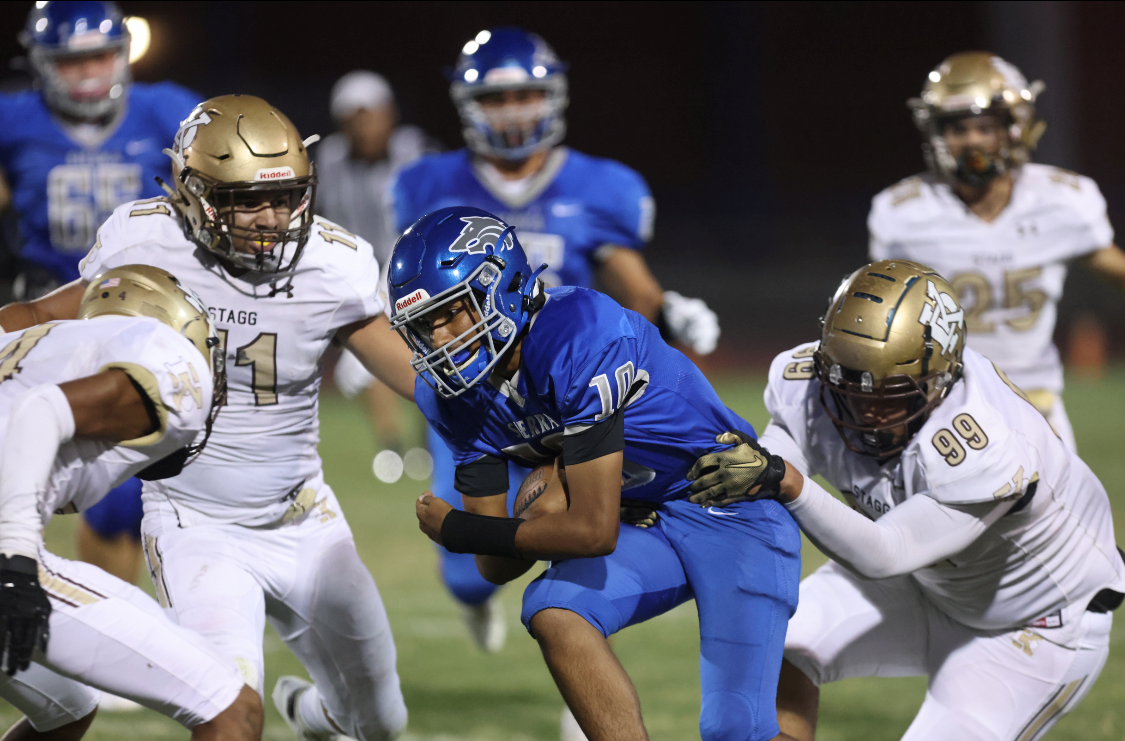 Taylor Made: Delta Kings use big plays to run away from winless Timberwolves

In a good old-fashioned Friday night shootout, the Stagg Delta Kings knocked off the Sierra Timberwolves in an impressive offensive performance, 41-21.

The Delta Kings offense relied primarily on the big play. Senior quarterback Jerry Rigumidin threw for five touchdowns, two of which covered 80-plus yards. Junior receiver Adam Taylor earned FrontRowPreps.com Player of the Game honors, reeling in three touchdowns and a crucial catch on third-and-20 with the game still in the balance midway through the third quarter.

Late in the second quarter, Taylor hauled in a deep ball from Rigumidin, good for a 41-yard score. Later in the game, with Stagg pinned inside their own 10-yard line, Taylor took a screen pass 93 yards to the house.

“We needed to get this win for our coach, get (one of these) wins for our coach,” Green said, “and I told myself not to get caught.”

On the Timberwolves’ side, junior running back Anthony Grady ran for three touchdowns. Grady has been one of the lone bright spots for Sierra, now 0-2. He has four touchdowns in two games. Despite the impressive start, Grady believes there is more work to be done. Though he feels “great” about his hot start to the year, “what really matters is the win. We couldn’t pull that out (tonight), so I’m not as happy as I should be.”

The Timberwolves look to right the ship as they hit the road next week against Golden Valley of Merced, and the Delta Kings look to keep the train rolling next week when they take on Modesto.