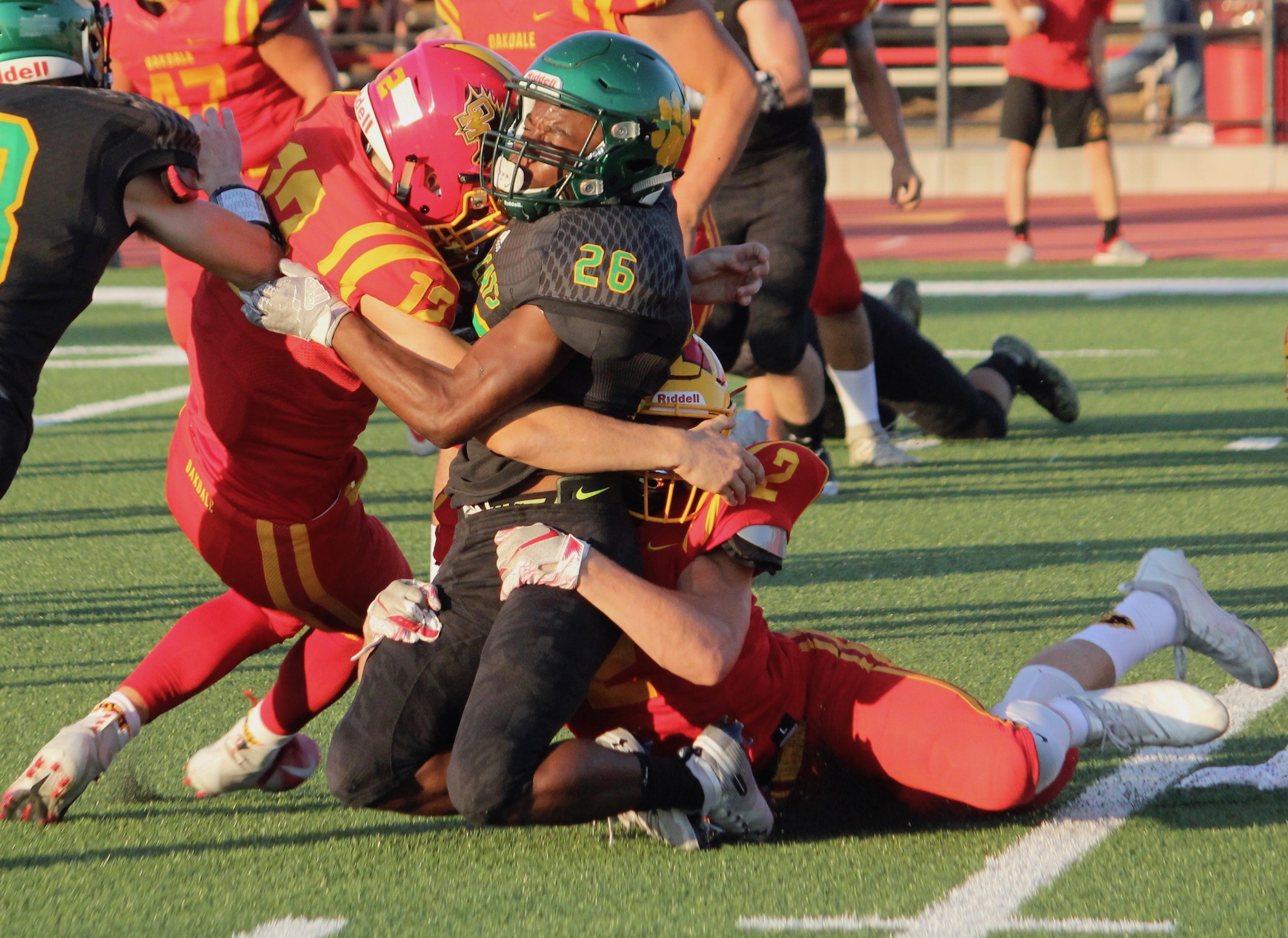 Big Cheese: Hilmar new No. 1, but there's another TVL team on the move

1. (2) Hilmar (1-0): The Yellowjackets rocket to the top of the ranking following a 48-7 victory over Delhi and Sonora’s stinker at The Corral. Hilmar is a good as advertised and punished the Hawks with an early onslaught. How early is early? Isaac Sharp scored on the second play from scrimmage, speeding away from the defense for a 50-yard score, according to the Turlock Journal. Next: at Los Banos (1-0).

2. (3) Escalon (1-0): Sophomore Luke Anderson rushed for 108 yards, offsetting a quiet night from Kaden Christensen (11 rushing yards), and reigning TVL linebacker of the year Nash Satnat doled out nine tackles as the Cougars built a 31-0 lead over Union Mine. Next: vs. Calaveras (0-0).

3. (1) Sonora (0-1): After an offseason full of hype and buzz, the Wildcats opened the season with a whimper. Sonora was throttled by rival Oakdale, one of the region’s top large-school teams, and looked ill-prepared for a tough non-conference schedule that also includes Ripon, Escalon and Hilmar. Next: vs. Ripon (1-0).

4. (4) Orestimba (1-0): The Warriors found themselves on the brink of being blown out at Bret Harte, but quickly found their championship form. Orestimba trailed 21-7 in the first quarter and then rallied behind quarterback Jacob Bettencourt, who threw for more than 200 yards and two touchdowns. Next: at Hughson (1-0).

5. (5) Ripon (1-0): What’s more impressive — five rushing touchdowns, or a shutout? Coach Chris Musseman will take both, proudly acknowledging the total team effort in a 34-0 victory over Weston Ranch. Quarterback Ryan Dagget led the offensive assault with two rushing scores, including a 75-yard burst. Next: at Sonora (0-1).

6. (6) Modesto Christian (1-0): Hayden Sauser threw touchdowns passes to Jose and Mario Hernandez as the Crusaders stymied Sierra, a large school from the Valley Oak League. Sauser was efficient, going 8 of 13 for 193 yards. Next: at Stockton-Edison (1-0).

7. (7) Ripon Christian (1-0): Michael Kamps scored four touchdowns, including three on the ground, and the defense held Millennium scoreless over the final three quarters in a 49-6 rout. Yet another team with two potential starting QBs, Ripon Christian made it work. Nolan Lingley and Cade Alger each tossed TD passes. Next: vs. Stone Ridge Christian (1-0).

8. (8) Denair (1-0): The Coyotes kicked off the season with a 32-0 victory over Woodland Christian and now have two weeks to prepare for Millennium, which was rocked by Ripon Christian in its opener. Steffin Winston rushed for 120 yards and had three total TDs. Next: Bye.

9. (nr) Hughson (1-0): The Huskies vault into the top-10 after shootout victory over Stagg, 40-39. Transfer quarterback Steven Morris rushed for two touchdowns and punched in the game-winning two-point conversion after sitting out the entire 2017 season. Hughson can continue to climb this week with an upset of No. 4 Orestimba. Next: vs. Orestimba (1-0).

10. (10) Big Valley Christian (1-0): The Lions opened the season with a roar, bludgeoning Harker of San Jose with heavy doses of Javyn Drobnick and Caleb Van Donselaar. Drobnick rushed for a school record 376 yards on just 18 carries. He and Van Donselaar scored three TDs apiece. Next: Bye.