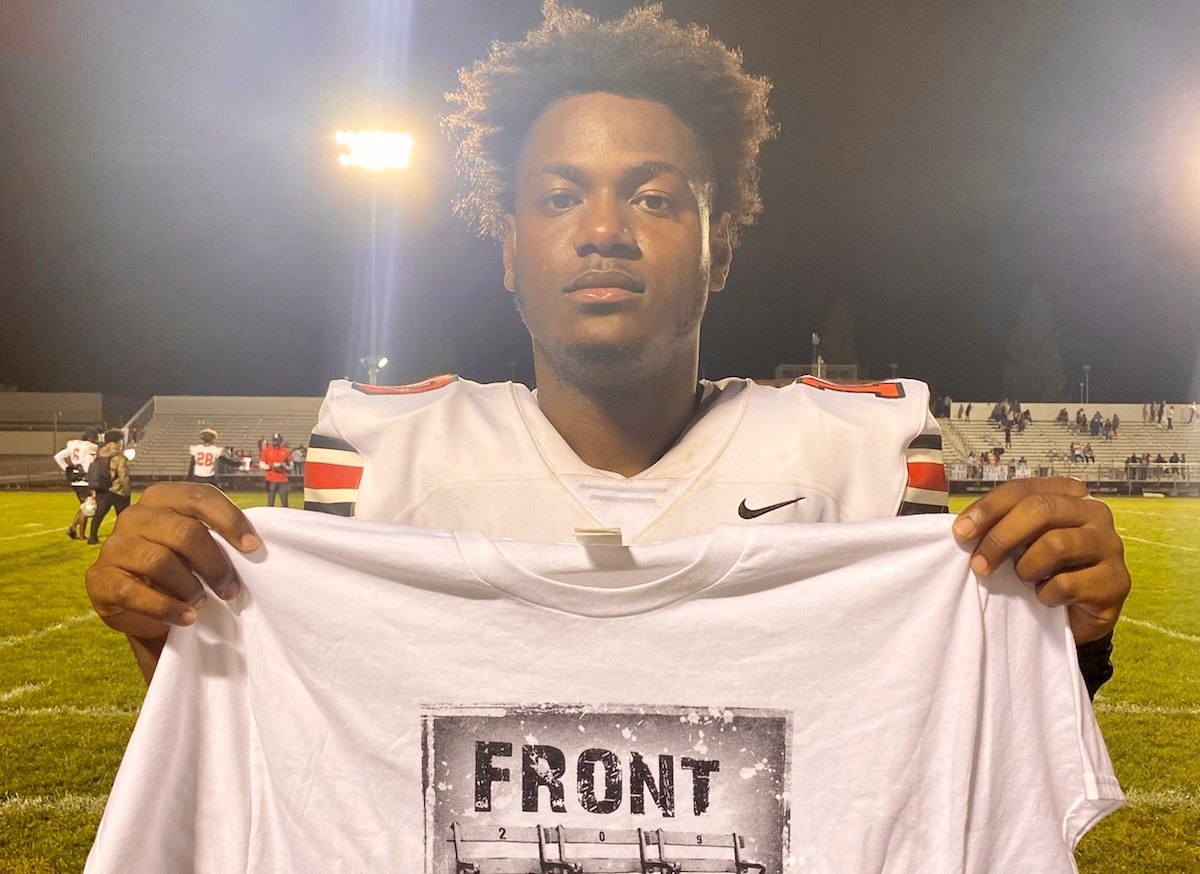 Roaring into Friday's game on a winning streak, the Lincoln High express, led by national recruit Kenyon Nelson, kept its winning ways with a 61-22 victory at East Union.

This win was made possible by fourth-year varsity star Nelson, the unquestioned leader of the team. Nelson left his stamp on the game with six passing touchdowns and one rushing score before being pulled from the game in the third quarter with a large lead.

After dropping its first two games of the season, including a season-opening defeat to No. 2 Downey, Lincoln has won three straight. In two of the last three games, the Trojans' high-octane offense has scored more than 60 points.

“Having a couple of my guys back today that haven’t been playing all season really helped a lot, having them on the line blocking for me," said Nelson, the FrontRowPreps.com player of the game. "They’re special guys, so they do a lot for me and without them it wouldn’t be possible at all. Our receivers tonight were just dogs as well, it also wouldn’t be possible without them."

Indeed, his fellow Trojan teammates worked flawlessly under his coordination.

Wide receiver Mason Diguilio scored two touchdowns. His first was a 53-yard touchdown reception in the first quarter, and his second a 36-yard reception in the second. Other notable players included Tyrone De Loney, Jaythn Long, Damien Boozer, and Daniel Emojevbe, all of whom scored touchdowns in the victory.

Nelson hopes the rest of the season transpires as Friday's game did: “I know we have enough talent to win games, that’s the expectation that I hold for me and my guys … to win in sections, to win in league, and be an all-around great team."

As a current three-star athlete with offers from colleges such as the Army, Tennessee, and the University of Colorado, Nelson holds the fate of this season close to his heart.

“I want to be the first team (in the league), lead the section in passing yards, but most importantly, help my team to success," he said.

Lauren Davis is a junior at Sierra High School. She is a first-year intern for FrontRowPreps.com. Davis loves watching and reporting on sports, with baseball being her main love. She hopes to pursue a career in journalism.