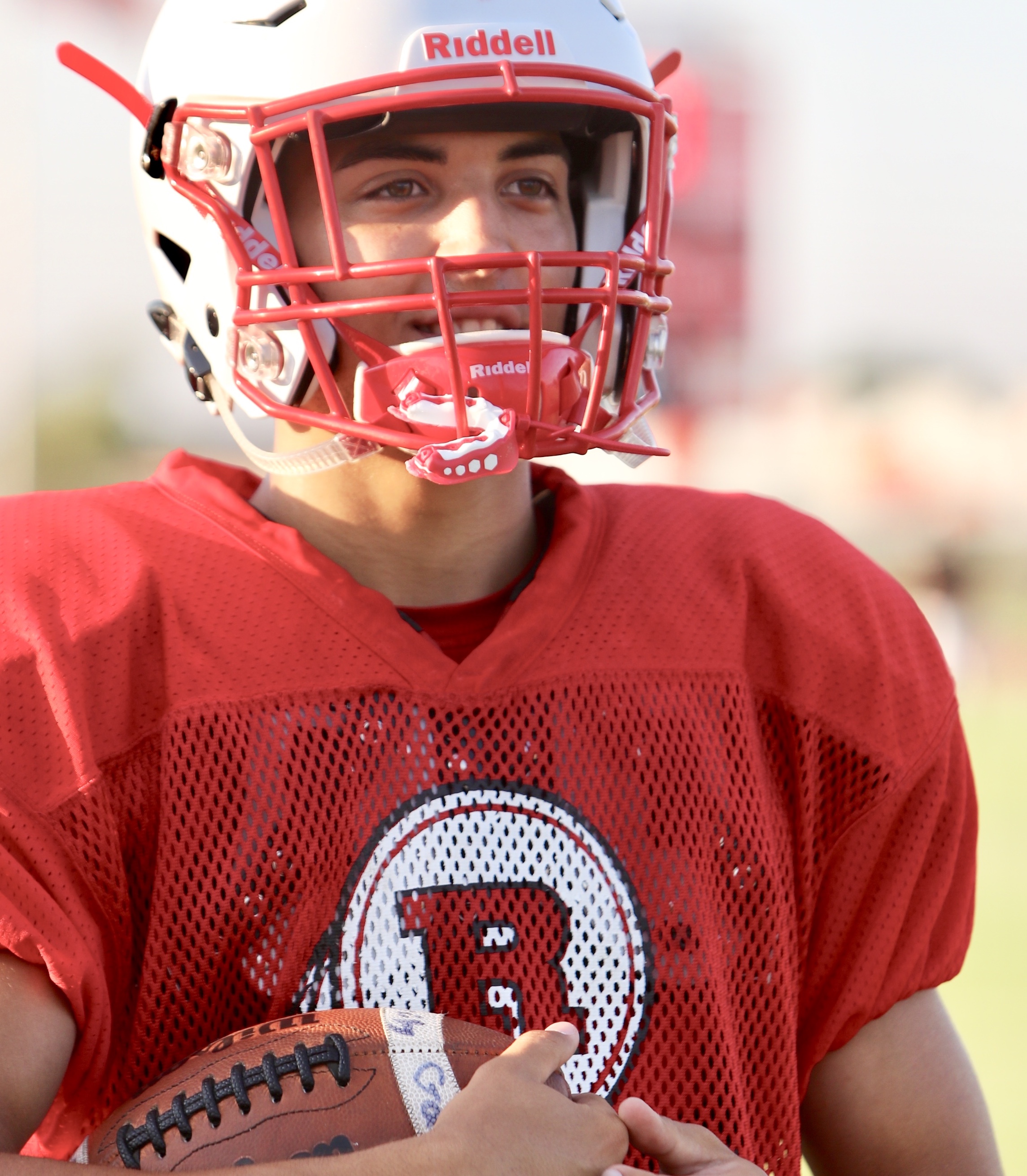 Ripon High senior quarterback Ryan Daggett is leaving one perennial champion for another.

On Wednesday, Daggett, a member of the inaugural FrontRowPreps.com All-Region small-school football team, announced his commitment to Carroll College in Helena, Mont. The Fighting Saints have won six NAIA national championships since 2002.

“Everyone is so nice there and the academics are amazing,” said Daggett, who visited the campus and community over the weekend. “It’s one of the top schools in the west and they’re historically dominant in football, too. I just felt at home there.”

Daggett celebrated his commitment with friends and family during a ceremony in the school’s North Gym before the Indians' Sac-Joaquin Section Division IV boys basketball playoff game. He received an athletic and academic scholarship package, Ripon football coach Chris Musseman said, covering a large percentage of his cost.

“I could not be more excited for Ryan. Not many people get the opportunity to extend their playing days, and even fewer get financial help with college for playing,” Musseman said. “He has been our QB since I took over the head job, and I have been very blessed to have him around the last three years.”

With the dual-threat quarterback at the controls, the Indians have won a share of back-to-back Trans-Valley League titles and earned the No. 2 seed in the Division V playoffs this past fall. In three seasons as the starter, Ripon was 24-11 with two semifinal appearances and improved its win total each year, culminating with a 10-2 finish in the fall.

Daggett was named the TVL’s 2018 Offensive Player of the Year after throwing for 1,127 yards and rushing for 743 more. He totaled 24 touchdowns, including 13 through the air. He completed 67 percent of his passes with just two interceptions.

“Ripon High has given me an opportunity to show myself the last three years,” said Daggett, who was 13-3 in TVL contests. “Coaches have shown support, as has the community. It’s been great.”

Daggett said he received strong interest from several division II and III schools, some as far east as New York, but he fell in love with Montana's state capital. In many ways, the city of Helena (population 31,429) reminded Daggett of Ripon (15,677).

Carroll College was his only visit.

“He is a great example of what hard work in the classroom and on the field can get a player,” Musseman said. “Hopefully, the kids coming up can see how their work can pay off, especially in the classroom. His grades opened so many doors for him that he really got to pick what he wanted. I will miss having him around.”