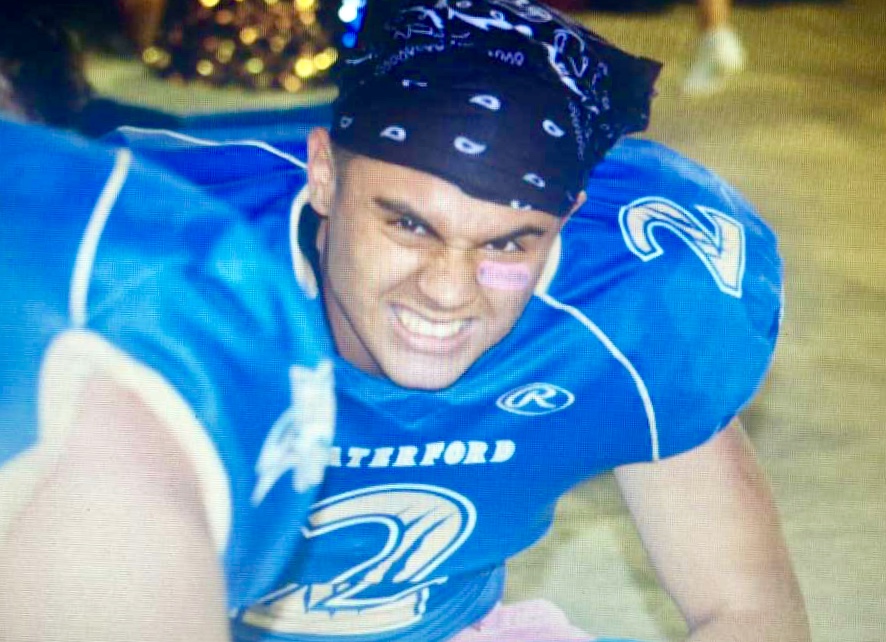 Left out of the top-50? Small-school 'Top Gun' forces his way into conversation

The dual-threat quarterback watched the Front Row’s roll-out of its top-50 returning players with keen interest, hoping to see his name mentioned among the region’s top talents.

When 50 players came and went without mention of Vivo, a third-year starter for coach Lonnie Statzer, he vowed to make them take notice in last week's 47-0 victory over Johansen.

Vivo accounted for six touchdowns in the runaway victory over the Vikings. He threw two touchdowns, rushed for three more, and returned a punt 91 yards for a TD. A seventh seemed certain, too, when Vivo jumped a pass in the flat, but bobbled and dropped a sure-fire pick-six interception.

"Don't remind me," he said in a text message to the Front Row.

Vivo totaled 450 yards, including 191 on the ground. He was 8 of 14 for 100 yards, and he connected with Ruben Rios on a highlight reel touchdown. Rios left his feet for a diving catch in the back of the end zone.

While many coaches protect their quarterback, Statzer takes full advantage of Vivo’s athleticism and versatility. Vivo is a three-sport athlete with aspirations of playing football and baseball at the next level. He entered the program as a wide receiver, but made the move to quarterback as a sophomore call-up.

“I ended up finding my way as a quarterback,” Vivo said. “I fell in love with it, but I didn’t want to lose the other ways I affected the game.”

His legs will be a game-changer for the Wildcats, who look to shake up the expectation in the Southern League. There are three Southern League teams ranked in this week's Front Row’s small-school top-10 — No. 4 Orestimba, No. 7 Ripon Christian and No. 9 Denair. Waterford is listed as a "bubble" team, adding to the size of the chip on Vivo’s shoulder.

“Our league has been good the last couple of years,” said Vivo, who is protected by three offensive linemen also in their third year at the varsity level: Alec Uribe, Cameron West and Luis Ramirez. “We haven’t been able to put it together the last two years, but this will be the year we put all the pieces together.

“We’re playing at a high pace now. We no-huddle and spread the field, and we’ve added the run game. We struggled on the ground the last couple of years.”

Not on opening night.

Vivo nearly matched his rushing TD total from 2017. He had four rushing scores all of last season. He’s joined in the backfield by Jacob Stout and Seth Reynolds.

“I’ve put in a lot of work for my senior year. It’s go time,” Vivo said. “I wanted to affect the game on the ground. I love to create plays and extend plays, but I felt like I was forcing things last year. That’s what I wanted to work on. I wanted to use my legs as a way out (of trouble).”