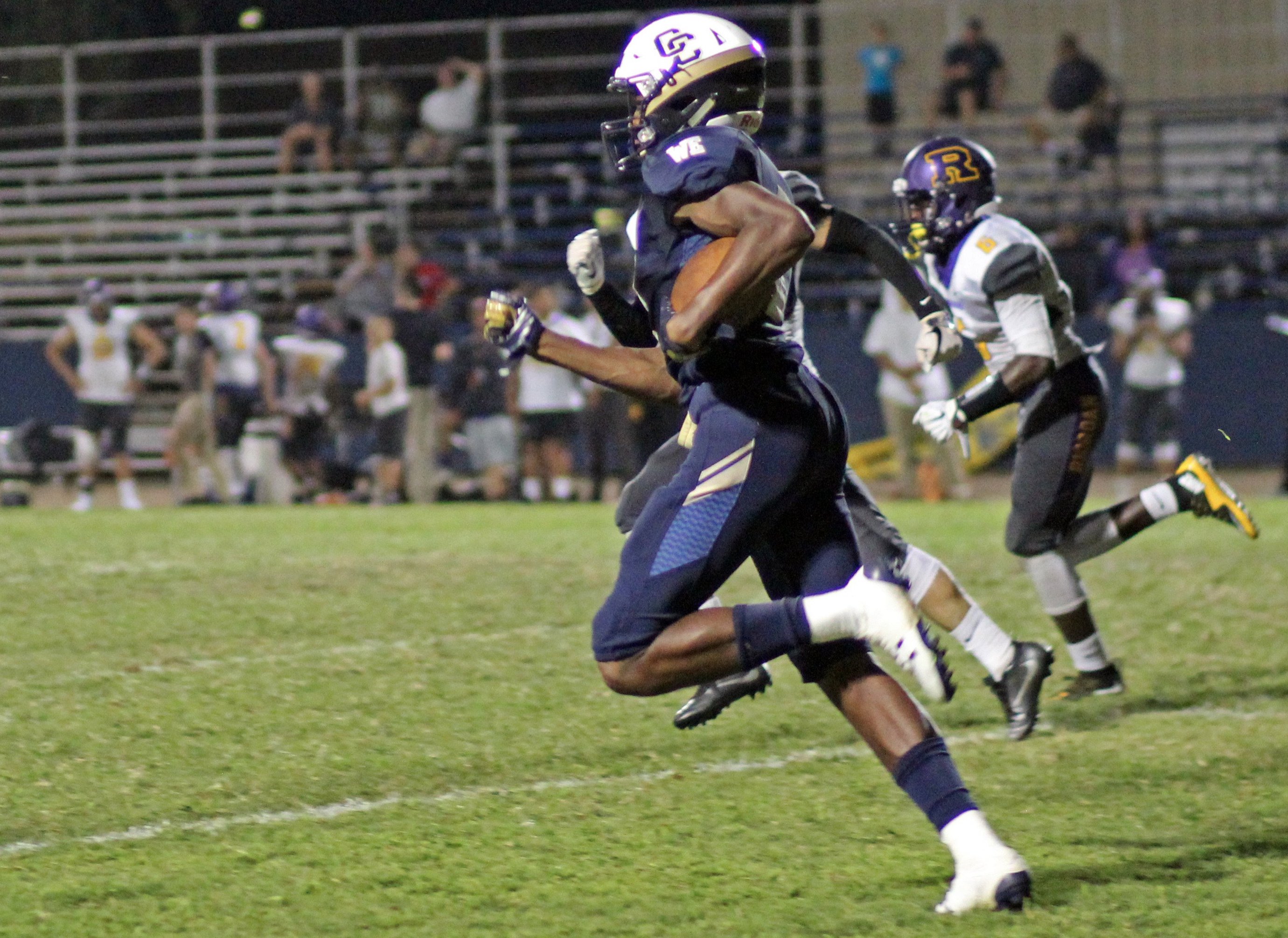 Central Catholic's Dawaiian McNeely is the Front Row's top returning player, a two-way starter with a desire to rush for more than 2,000 yards. (Samantha Schmidt)

A year ago, Central Catholic’s Dawaiian McNeely was platooning in the backfield, a promising understudy to an 1,800-yard running back.

Have you seen him hit a hole?

Every time he breaks a long run, Central Catholic coach Roger Canepa has visions of Eric Dickerson, one of the game’s all-time greats. Dickerson ran tall and fast, accelerating as he burst into the second level.

“You usually don’t find a young kid that is that athletic and that tall,” Canepa said of McNeely, who passes the eye test at 6-foot-2 and 210 pounds. “When they (college scouts) look at his body, they think maybe he’s an outside linebacker or a safety. He’s intriguing because they can see him playing so many different positions.”

There may be players in the southern half of the Sac-Joaquin Section who will put up better numbers, offensively and defensively, but Canepa argues that no one will have a greater impact on a game.

McNeely will star for the Raiders in all three phases. He’ll likely match up against the opposing team’s best wide receiver and return kicks.

Canepa believes McNeely has one advantage over the rest of the Raiders’ greats, including Justin Rice, who rushed for 2,000-plus yards in back-to-back seasons and Matt Ringer, another member of the 2,000-yard club.

“He has that top-end speed you’re looking for,” Canepa said. “He’s faster than Ringer — and Ringer wasn’t slow. I think he’s faster than Justin at the top end. He’s a guy that has size and speed, and he’s so athletic.”