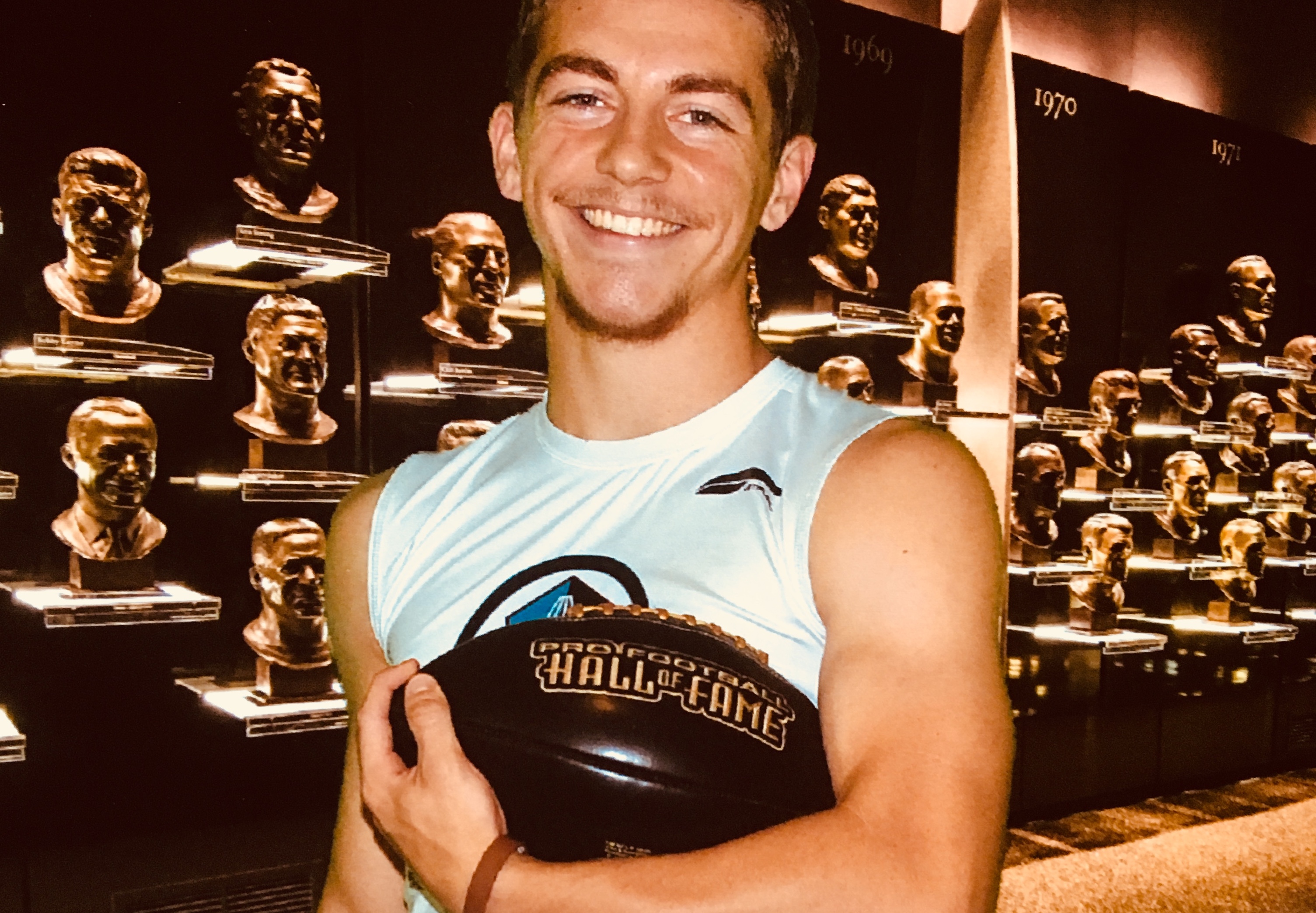 The Orestimba High senior wide receiver wants to walk among the program’s all-time greats, so he spent his summer in the company of legends.

Vargas attended the Pro Football Hall of Fame Academy in Canton, Ohio, where he enjoyed a tour of the NFL Hall of Fame and worked out alongside the nation’s top high school players, including 50 All-Americans.

It was a business trip for the 5-foot-7, 145-pound bolt of lightning. Vargas, No. 10 on the Front Row’s list of top-50 returning players, received instruction from current and former NFL players, and he hopes the experience is a springboard to a record-setting season.

“I think Tyler is ready to take the next step in the sense of being the team leader. He realizes this is his team,” Orestimba coach Aaron Souza said. “This is not Toby Silva’s team. This is not Octavio Perez’s team. Tyler Vargas is the guy; he’s the dude. He’s ready to take it to another level.”

Vargas ranked among the region’s top receivers with 41 catches, 874 yards and 12 touchdowns. He averaged 21.3 yards per catch en route to all-conference honors, but he looks back on the 2017 season as one of missed opportunity.

“My motivation is last season, so I’m trying to make them most out of (this season),” said Vargas, who has 82 career receptions for 1,512 yards and 21 touchdowns. “At the end of the day, it’s about not having any regrets. I want to come out of Orestimba being the best I can. … Last year, my junior year, I feel like it could have been a lot better.”

The Warriors have won three consecutive Southern League titles and carry a 21-game league winning streak into the season. With Vargas and quarterback Jacob Bettencourt, No. 21 on the list of top-50 returning players, back in the fold, they are the prohibitive favorite once again.

It won’t be easy, though.

The Southern League is as deep as any conference in the southern half of the Sac-Joaquin Section.

Mariposa will lean on junior running back Logan Donati and senior linebacker Ryan Leonard. Ripon Christian buzzes into the season following the return of offensive coordinator Randy Fasani. Gustine and Waterford return playmaking talents in Brandon Garbez and Michael Vivo, respectively, and Denair returns eight starters on both sides of the ball.

“I feel like the Southern League has been consistent. It’s not an easy league. There are challenges for us,” Vargas said. “I feel like if we keep working hard, keep working on the little things and not worry about who we’re going to play, I feel like come Friday nights we’ll be able to outplay everybody.”