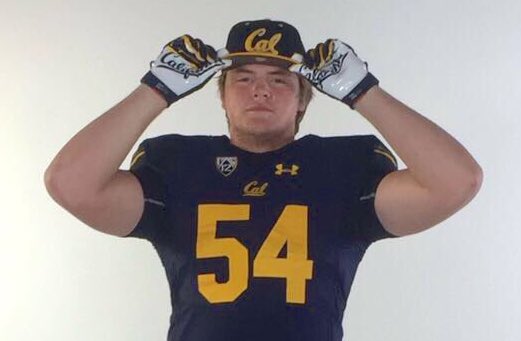 Top returning players, No. 3: 'Mt. Everett' a multisport athlete with a mean streak

His future may be on the football field, but Turlock High offensive lineman Everett Johnson owes a great deal of his fanfare on the recruiting trail to his love of basketball.

In eighth grade, the big-bodied Johnson often practiced with the Turlock High varsity boys basketball team at the request of longtime coach Doug Cornfoot. He quickly developed a kinship with Cornfoot, who has helped develop Johnson’s athleticism.

At 6-foot-8 and 300 pounds, Johnson is a mountain of a man, but he’s remarkably fast on his feet. Those two traits were enough to pique the interest of the Cal coaching staff, which made Johnson the fifth Bulldog to receive a Division I offer in the last three years. He joins Colorado's Mustafa Noel-Johnson, Portland State's Danny Velasquez, Cal Poly's Dustin Grein, and current teammate Garrett Fountain, a San Diego State commit.

Johnson, No. 3 on the Front Row’s list of top-50 returning football players, committed to the Golden Bears, though interest continues to pour in from other Pac-12 and Big 12 programs.

“That’s what separated me,” he said of his footwork and conditioning. “That’s what Cal saw in me at one of their camps. It was the first drill, an agility drill. I went all out and did amazing. My dad said he saw some recruiters pointing at me.”

Johnson draws a correlation between hoops and his work in the trenches. He believes the continuous, up-tempo pace of basketball has helped with his stamina on the gridiron. It also helps to have hands the size of baseball mitts, a size 16 shoe, and an 81-inch wingspan.

The hope is that all of that work translates into another conference title. The Bulldogs move out of the Central California Conference, where they were the two-time defending champion, and will compete in the newly formed Central California Athletic Alliance, along with rival Pitman, and Gregori, Downey, Enochs and Modesto of Modesto City Schools.

Johnson has just one mission: Once his hand hits the dirt — dominate whoever gets in his way.

Johnson committed to Cal shortly after receiving the offer. He fell in love with the proximity of the school and the down-the-road opportunities his degree will create.

When his father, Kirk Johnson, was a quarterback at Utah State in the late 1980s and early 1990s, he often missed home. Leaving the locker room after games was especially difficult, wading through players and their families.