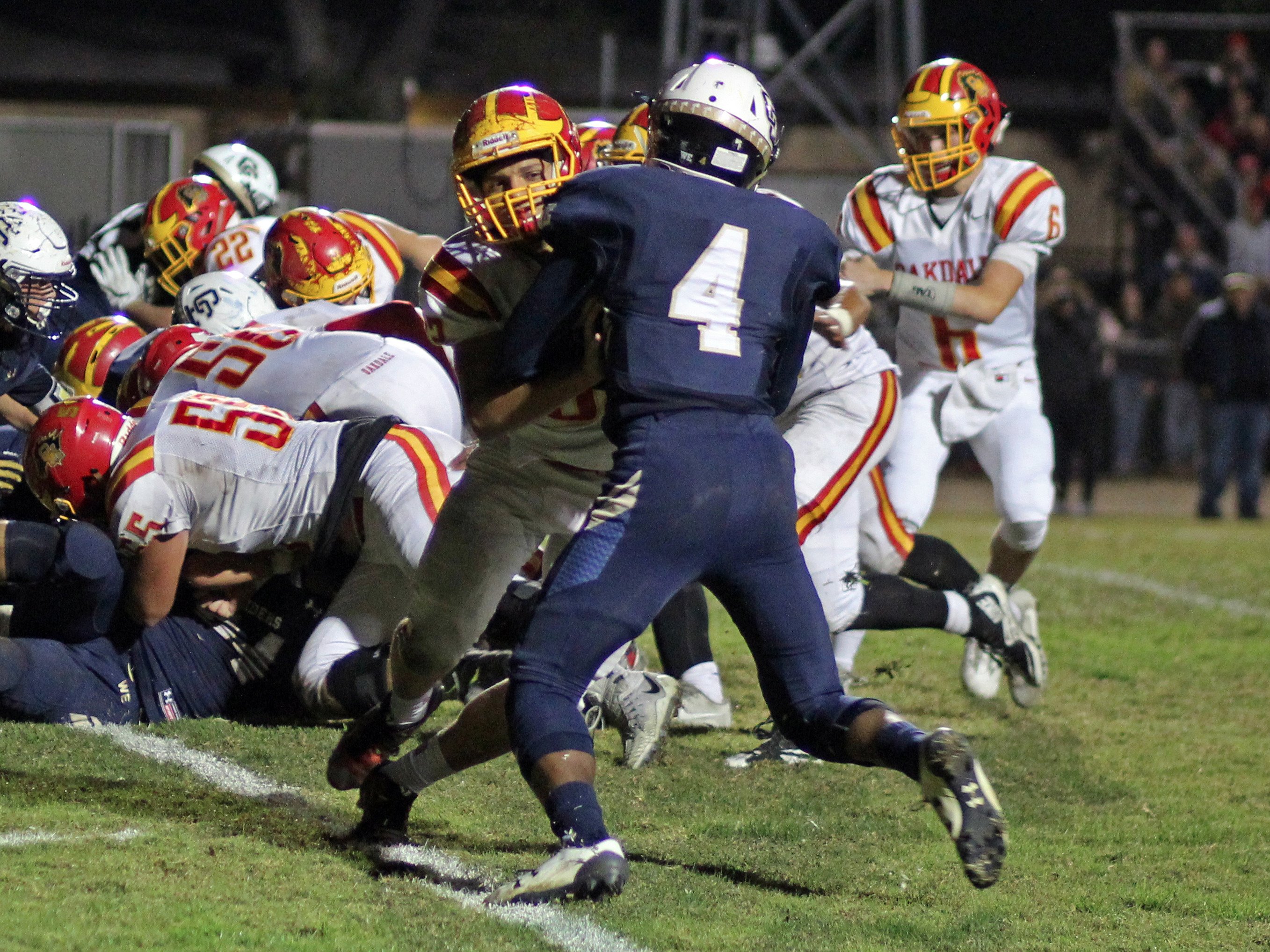 One season after a broken hand limited his effectiveness, Central Catholic senior D’Angelo Bellamy is feeling healthy, strong and motivated.

Those are good signs for Central Catholic football fans, who look to Bellamy to fill three pivotal roles in their program: running back, middle linebacker and team leader.

“It was pretty tough. I played through pain and the injury just got worse and worse,” said Bellamy, who broke his right hand during a tackle early in the season. “I couldn’t fully play with my whole body, but I played with that I had. It was still a fun season.”

The injury coupled with emergence of Dauson Booker, now a freshman at the University of Wyoming, limited Bellamy’s carries. Booker rushed for 1,838 yards and 25 touchdowns as the Raiders’ primary ball carrier.

This season, Bellamy, a rising 6-foot-1, 200-pound recruit and No. 5 on the Front Row's list of top-50 returning players, is part of a star-studded backfield that includes Dawaiian McNeely and Minaya Olivo, among others.

“I have some pretty big shoes to fill but I’m going to play to the best of my ability,” Bellamy said. “I don’t really feel any pressure; I just need to play my game. I’m honored (to follow in their footsteps). There are so many good players that have come before me, like Montell and Louis.”

Is he next in line?

Though his statistics from his junior season are tame and his role limited by an injured hand, Central Catholic coach Roger Canepa believes Bellamy might be the team’s best all-around player.

Not only is Bellamy healthy, but he's motivated. Oregon State and Washington are among the colleges that have shown an interest, and each college coach wants to see him play this season before they offer.

“I feel like this is going to be a tough schedule, but it’s my senior year and I look forward to playing these big teams before I go to college,” Bellamy said. “(Canepa) wanted to test us and I’m looking forward to competing.”

Bellamy carried just 30 times last fall, but averaged more than 10 yards per rush. He finished with 309 rushing yards and three touchdowns. Defensively, he had 35 tackles, one sack and an interception.

“I feel my healthiest and I put on weight,” Bellamy said. “I’m going to play (this season) with my full ability.”