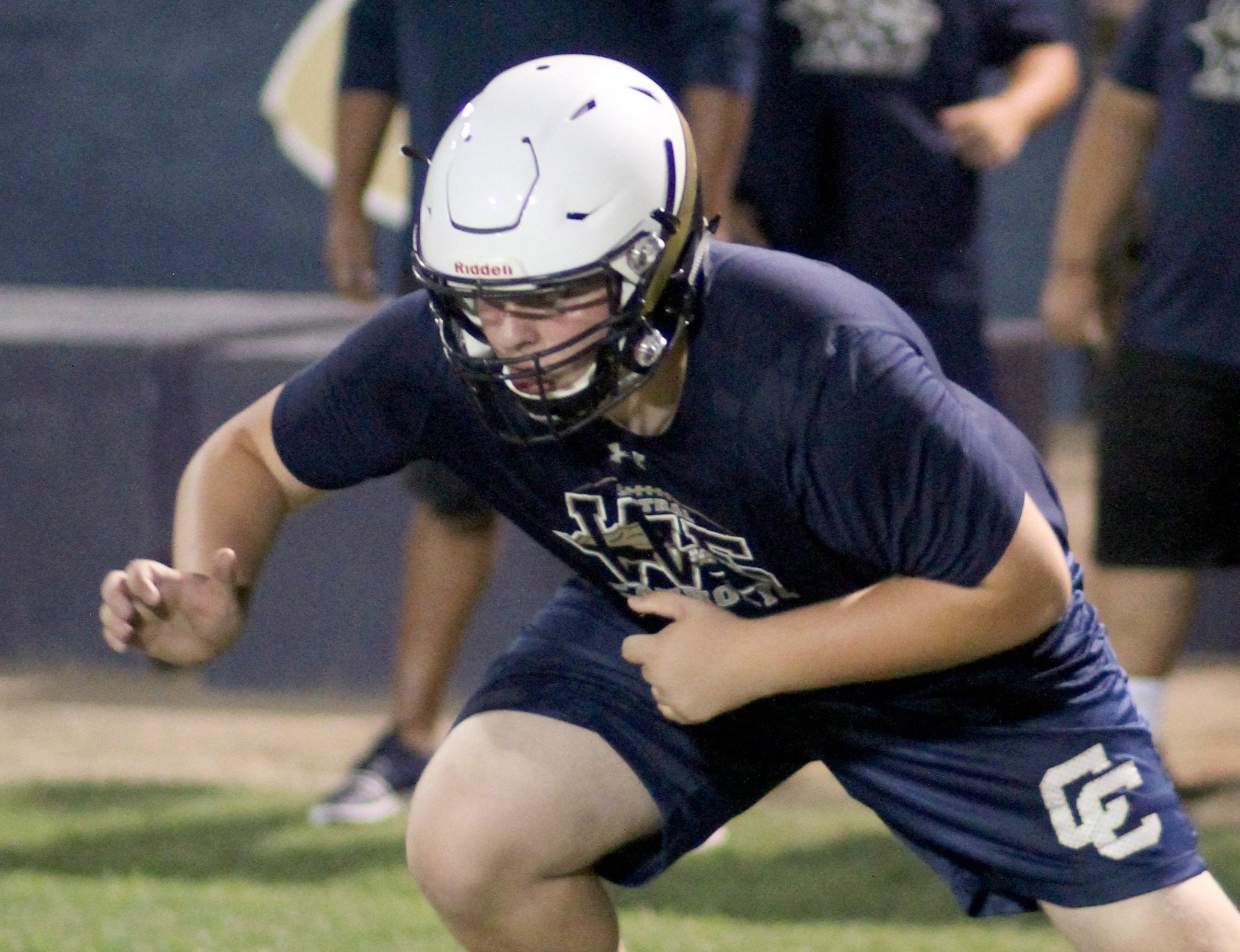 Central Catholic tackle Eric Soares transferred from Modesto High and will be eligible for the season opener at Clovis West. (Samantha Schmidt)

One of the highest-rated offensive linemen in the Class of 2019 has transferred to Central Catholic High and will be eligible for the Aug. 17 opener at Clovis West.

“It’s a step up from other high schools. You’re practicing perfection here — and you can’t give nothing less than perfection here. It’s the next level and you really have to step up.”

Soares joins an offensive huddle that includes veteran offensive lineman Chris Mendoza, now in his third season as a starter; running backs Dawaiian McNeely and D’angelo Bellamy, both of whom have generated serious Division I interest; and returning wide receiver Justin Traina, among the most versatile athletes in the southern half of the Sac-Joaquin Section.

“It’s amazing,” Soares said of the collection talent around him. “I’ve never seen anything like it before.”

Soares is equally as special and No. 9 on the Front Row’s list of top-50 returning high school football players. Though he doesn’t hold a single college offer, Soares is rated among the best in his class in Northern California by Battle Prep West and has the schedule to quickly boost his stock.

Soares and his teammates have the set the bar high.

This group wants to return Central Catholic to the state stage. The Raiders won four consecutive CIF State Bowls from 2012 to 2015,  earning a promotion to Division II, but have failed to get out of the section semifinal round since.

“I think we can do it. They wouldn’t have put that schedule together for us if they didn’t believe we could do it,” Soares said. “I believe we can go all the way … all the way to state. We can have a perfect season if we really focus. That’s the ultimate goal.”

Soares might be the new kid on the block, but he’s adjusted quickly thanks to the tutelage and mentorship of offensive line coach Billy Hylla.

“I’ve learned tons from that program in just the couple months that I’ve been there. Great coaches, great program,” Soares said. “Coach Hylla is so passionate about the game and really making sure you’re giving 100 percent and doing the absolute best you can. He’s really setting you up for success.”