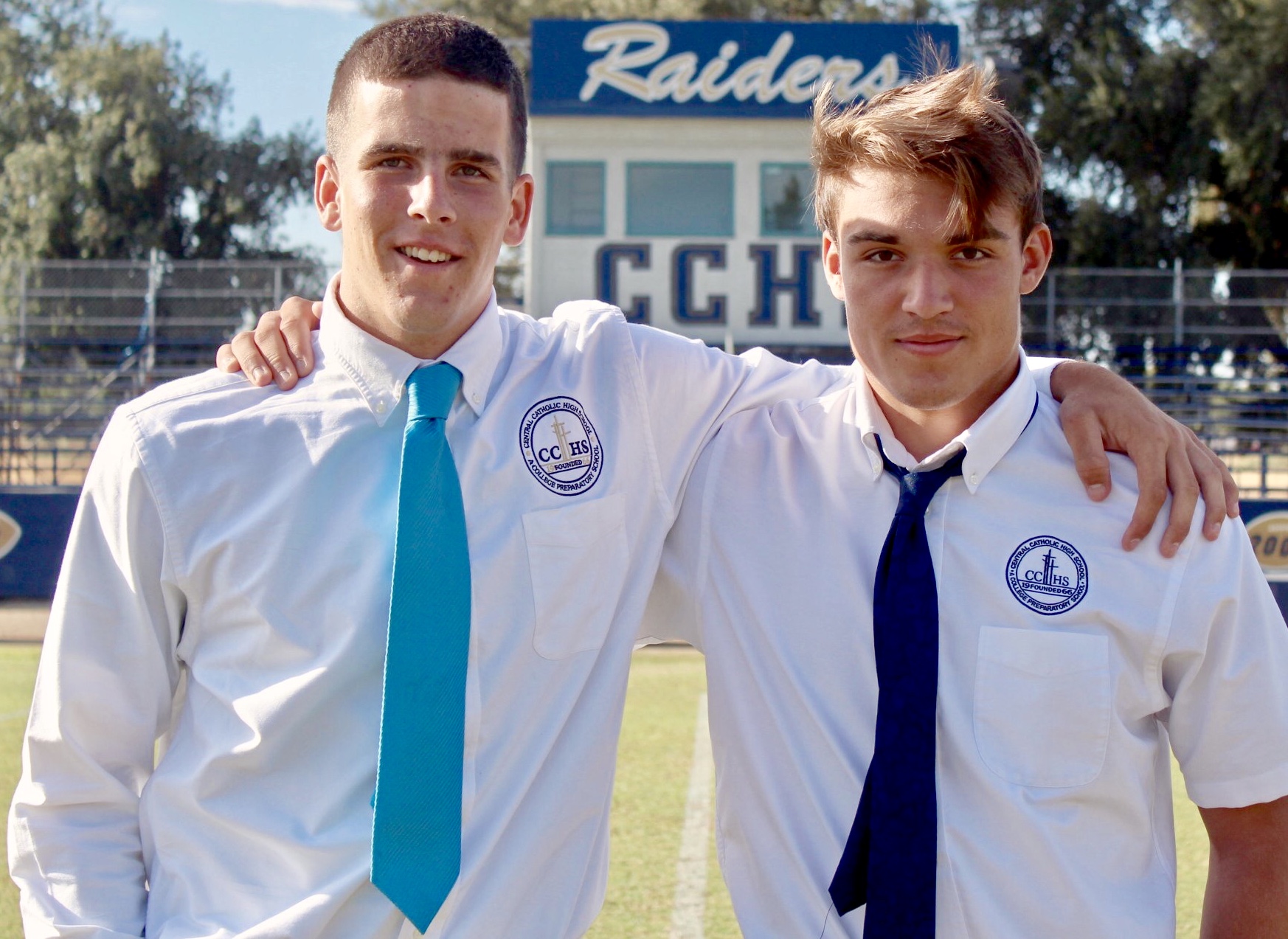 'Tough decision, but you have to make it.' Central Catholic names starting QB.

Transfer junior Dalton Durossette has been named the starting quarterback at Central Catholic.

Coach Roger Canepa made the announcement before Friday’s Valley Oak League opener against Manteca. He informed the team of his decision earlier in the week, but refused to comment publicly.

“This was a very tough decision, as far as personnel goes,” Canepa said. “I’ve made some really tough decisions. In 34 years, there have been a lot of them, but this was tough because they’re two good people and two very quarterbacks. It was a tough decision but you have to make it.”

Durossette had been in a months-long battle with returning starter Kyle Jackson, also a junior. The two traded starts through the first four weeks of the season, alternating quarters.
Wanting to have a full-time starter in place for the VOL and Sac-Joaquin Section postseason, Canepa turned last week’s 47-7 victory over Lincoln of Stockton into a final audition.

“I brought them both in and told them, ‘OK, it’s close. It’s probably going to come down to this game.’ I was up front,” Canepa said.

Durossette received the start against the Trojans and dazzled, throwing three touchdown passes. He missed on only one throw, finishing 6 of 7 for 111 yards. In his last two games, Durossette is 10 of 12 for 223 yards, four touchdowns and no interceptions.

Though their pass attempts on the season are nearly identical, Canepa said Durossette’s marksmanship, especially beyond the sticks, was a deciding factor. He has completed 67 percent of his passes for 282 yards and five touchdowns, and he’s averaging more than 20 yards per completion.

“The last two games — the passes against St. Mary’s and the balls he threw against Lincoln early on — he did a good job of getting back in the pocket and throwing the football,” Canepa said. “He just threw a few more catchable balls and made things happen. There wasn’t much difference.”

Jackson is 8 of 20 for 83 yards and one touchdown, though that one TD is a memorable one. Jackson came off the bench against national power De La Salle and threw a 5-yard touchdown to Justin Traina.

Jackson started all seven VOL games last fall, going 6-1 as a starter in place of injured senior Theo Azevedo. His only loss was to Oakdale in the regular-season finale, a game he left early with a season-ending knee injury.

Canepa said the competition in practice will continue.

“We’re still going to have competition. We’ve just named a quarterback,” he said. “It’s not going to be any different than it has been. Some decisions are easy and some are very hard. This was a very difficult decision for a lot of reasons.”