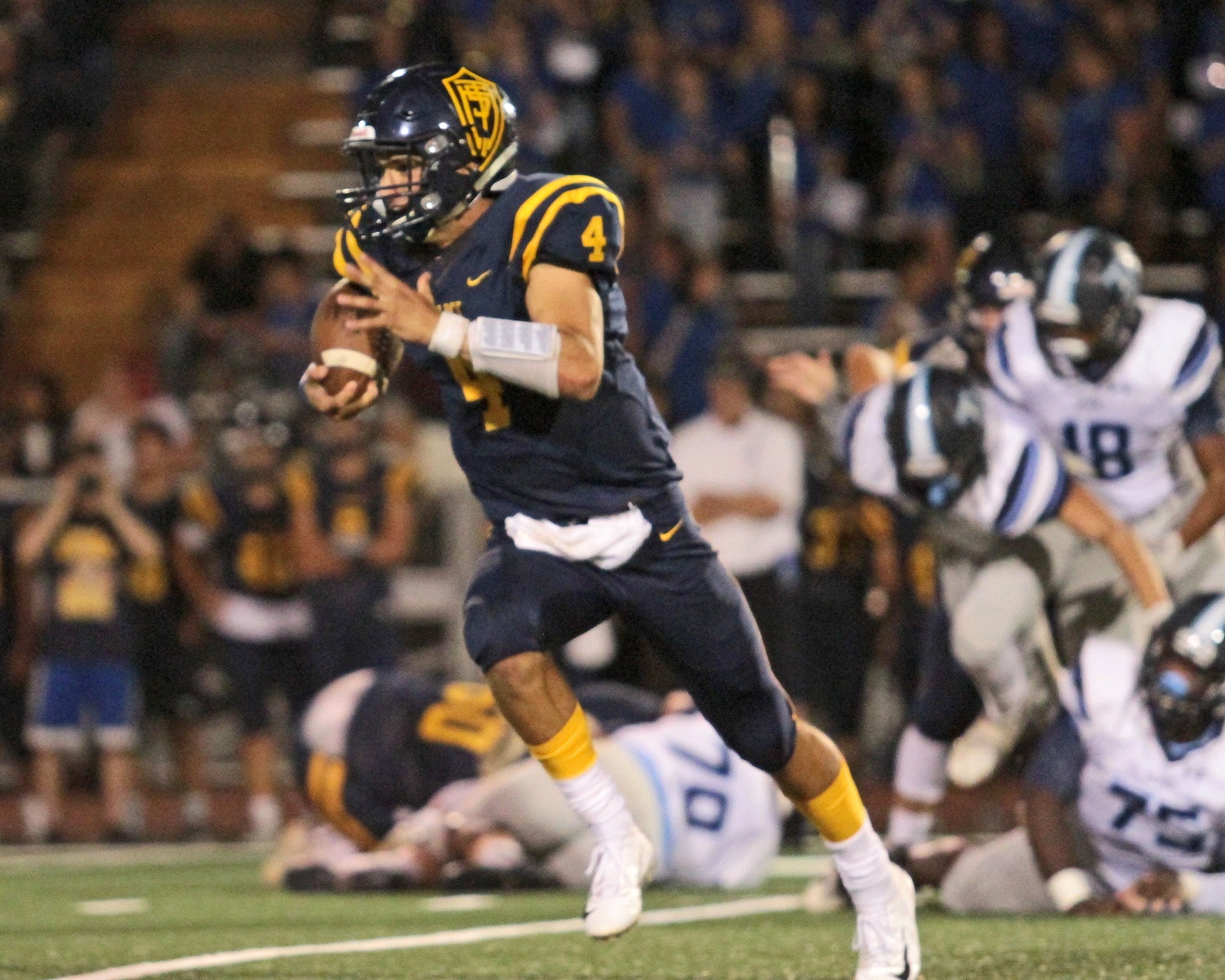 Turlock Jonah Kosakiewicz, shown in this Sept. 28 file photo, rushed for completed 6 of 11 passes for 125 yards and two touchdowns, and carried the ball 14 times for 182 yards on the ground with another score

Turlock holds up its end of the bargain, will meet Pitman for inaugural CCAL banner

TURLOCK —Turlock sprinted past Gregori with a big second half for a critical 63-21 win over Gregori in the race for the CCAL title.

The win now sets up a must watch game between top CCAL teams Pitman and Turlock in a special Harvest Bowl rivalry matchup. Pitman defeated Downey Friday 37-33 to improve to 9-0 overall and 4-0 in the conference.

Gregori drew closer in the second quarter, bringing in three touchdowns consisting of a Baker Melendez 1-yard quarterback keeper, a Titus Rhiney 3-yard blast and a Trey Longstreth 96-yard kickoff return to cut Turlock’s lead to 28-21 heading into the final minutes of the first half. Turlock closed the half with a Jonah Kosakiewicz passing touchdown to Miguel Pena to close the first half up 35-21.

“This win means so much for our team, it not only puts us in a title game matchup next week, but puts us in good position for playoff seeding,” said Pena, the FrontRowPreps.com Player of the Game. “We have been waiting nine games to play Pitman and, believe me, were ready.”

“Our offense did a great job executing throughout the game, they really helped us put up a good show for our crowd,” said Turlock offensive coordinator Vince Zipser. “We got a CCAL title matchup next week and we're ready to get back to work from watching film to getting practice in.”

Along with the victory, Turlock welcomed a new addition to its football family, as head coach James Peterson welcomed the birth of his second child.