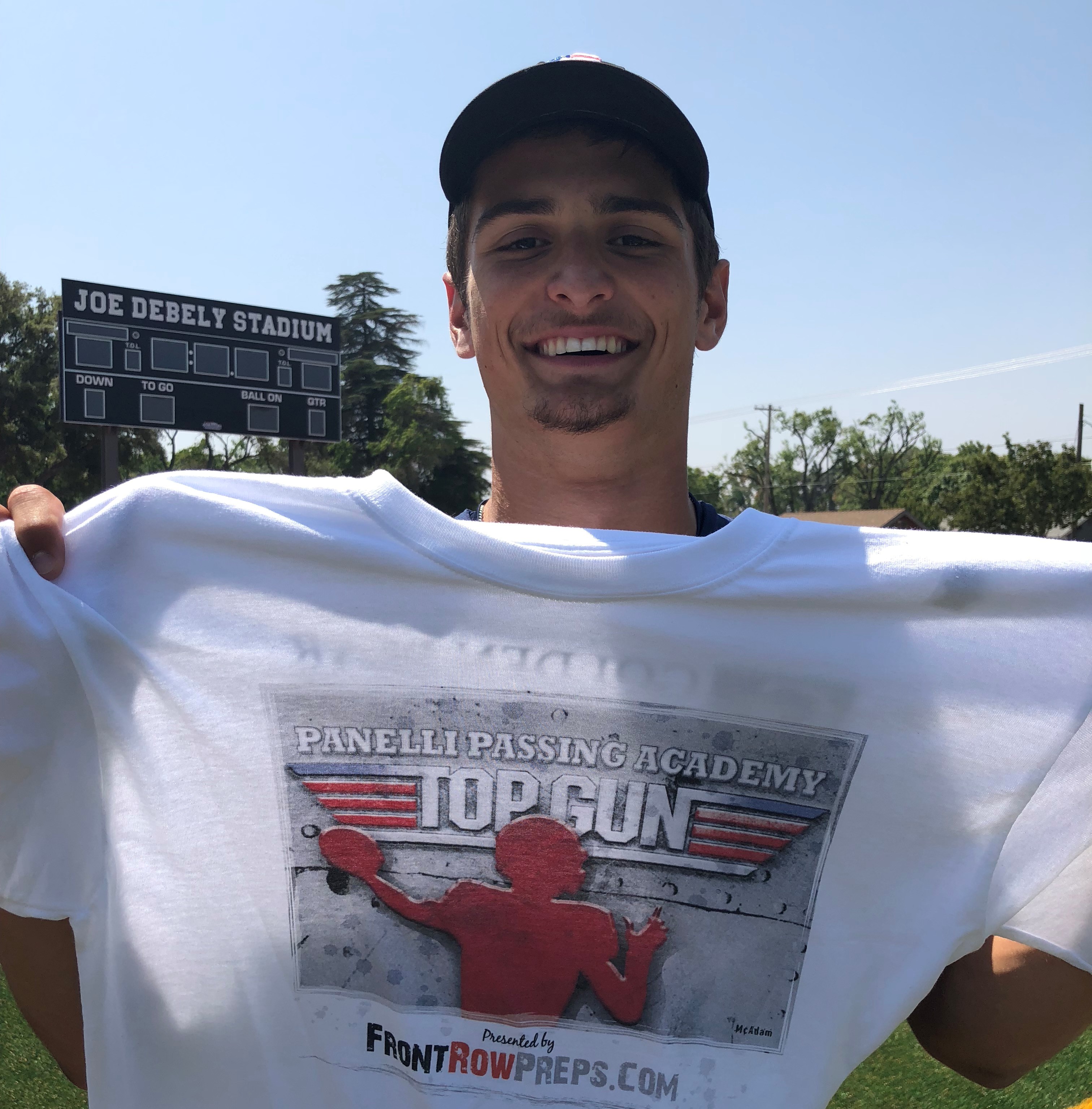 At times this season, he's been referred to as the Polish Eagale (the white eagle is the national coat of arms for Poland) and the Big Pierogi (pierogi are a a Polish delicacy, dumplings most commonly filled with potato and cheese).

During a presentation at Joe Debely Stadium on Thursday, in which Kosakiewicz (proaanounced ko-suh-KEH-vitch) was named the Panelli Passing Academy's Large School Top Gun for Week Zero, the reigning Central California Conference Offensive Player of the Year was asked which nickname he preferred.

"I'll stick with the Polish Eagle," said Kosakiewicz, who completed 20 of 30 passes for 313 yards and two touchdown tosses and two interceptions (both on tipped passes). "It sounds pretty good. I'm going to let the ball fly this year."

Kosakiewicz, whose Bulldogs, as well a crosstown rival Pitman, will play in the newly formed Central California Athletic League, has been working out this year with quarterback coach Greg Panelli, the sponor of the Top Gun award.

And Kosakiewicz credits a lot of his developent to Panelli's tutelage.

"I work with Panelli once a week, normally on Sundays," said Kosakiewicz. "He's had a huge part in my success."

Turlock will make its home opener Friday night against Reno, ranked sixth in the state of Nevada and 243rd nationwide according to MaxPreps.com. The Bulldogs are ranked 124th in California and 1,954th in the country.