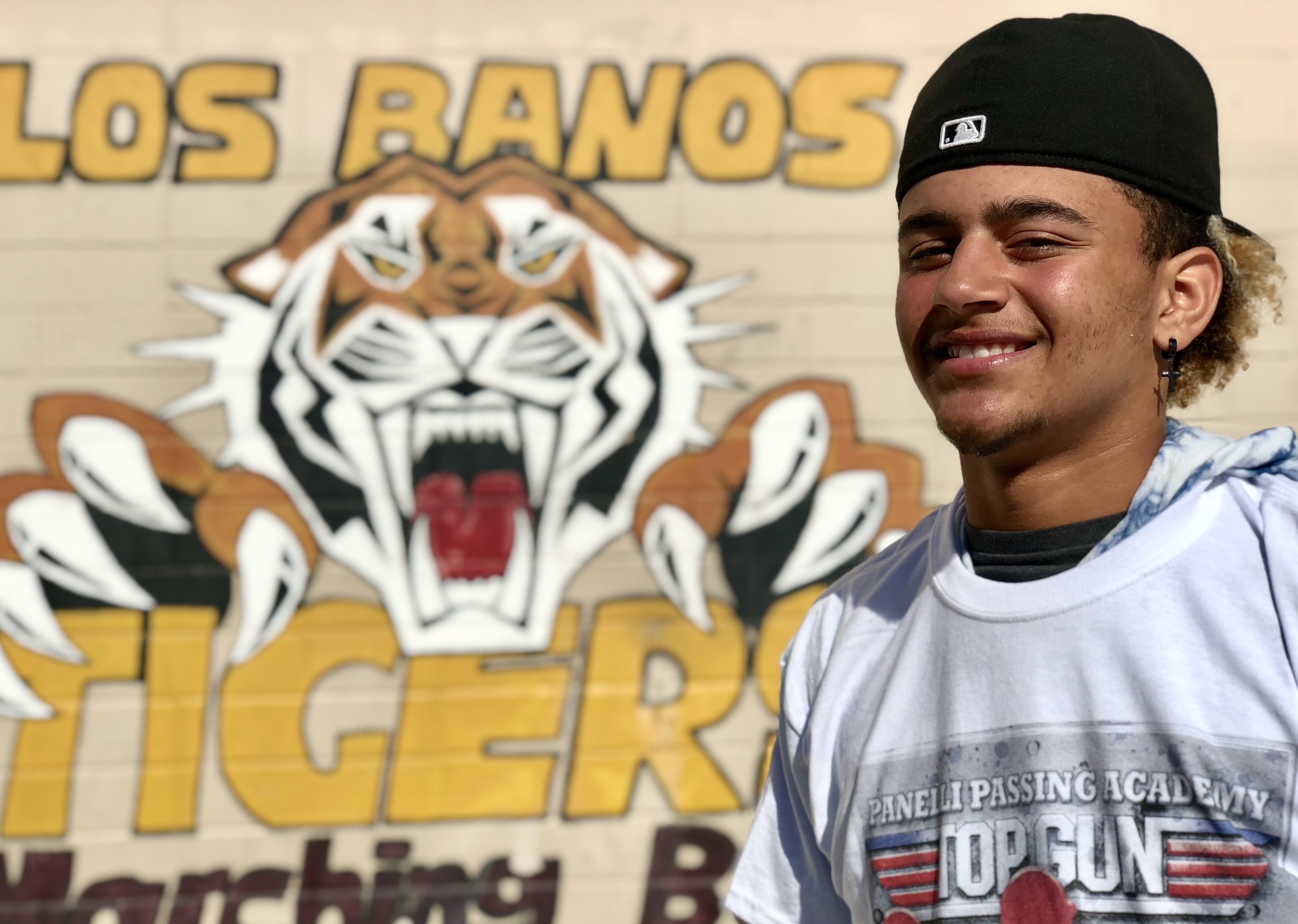 'So many weapons.' Changes in Tigers' backfield could keep WAC, well, wacky.

The Tigers (4-3, 3-1) are one game back of in-town rival Pacheco (6-1, 4-0) and WAC newcomer Mountain House (7-0, 4-0). The 10th-ranked Panthers and Mustangs play one another Friday in a game being touted as the unofficial league championship.

Tate isn’t convinced. He understands there is a lot of season left — and time for the Tigers to make one last push. Los Banos travels to Ceres on Friday, before closing the season with Lathrop (Oct. 19) and Pacheco (Oct. 26).

“Every time we get a win, it gives us hope,” said Tate, who guided the Tigers to a 47-12 victory at Johansen last week. “We have to stay focused and stay humble. … Everyone’s hyped up and ready to play, ready to get that win.”

Tate is the Panelli Passing Academy Top Gun award winner after torching the Vikings’ secondary. He threw a season-high five touchdowns in less than three quarters.

A converted wide receiver, Tate completed 16 of his 21 passes for 224 yards. Four of his touchdown passes were to Landon Ramos, and both were pulled from the game after engineering a score on the first series of the second half.

“It started with our linemen,” Tate said. “They did a great job up front, blocking and doing their assignment right. They had been studying all week for it.”

The 6-foot-1 Tate had been one of the team’s top receivers with a team-high 13 receptions through the first three games before his move under center. Tate replaced junior Colby Copp, who broke his ankle during the team’s bye week, and has gone 3-1 as a starter.

Though Tate was raised a QB at the Pop Warner level and served as a backup last year, there was a bit of a learning curve.

“You can do so much with this offense. You have the option to pass and run at the same time,” Tate said. “We got so many weapons.”

There’s another weapon on its way, too.

Running back Antonio Lopez is set to return to the team. Lopez rushed for 1,318 yards and 17 touchdowns in just nine games last fall, averaging 7.4 yards per carry. He was No. 27 on the FrontRowPreps.com's list of top-50 returning players, but hasn’t played a down this season because of grades.

His return will take pressure off of Tate and create a three-headed monster in the backfield with juniors Adrian Atangan and Justin Incaprera.