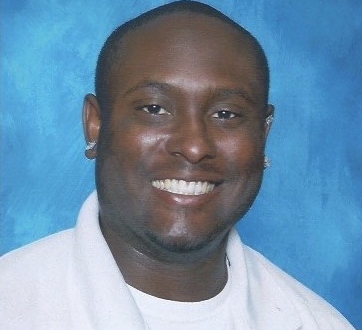 'We have something to prove.' Familiar face will write Gregori's next chapter.

On Friday, the Jaguars announced the promotion of longtime assistant Lamar Wallace, who takes the reins from friend and mentor Jason McCoy.

“He’s great with the kids. He’s great with the parents. As far as Xs and Os, he knows what he’s doing,” athletic director Jim Davis said after an exhaustive month-long search. “He’s exactly what you want in someone taking over a program. You can’t replace a Jason McCoy. What he brought to the table was awesome, but at the same time, when you have an opportunity to hire a guy like Lamar you do. He’s willing to put in the time and grind and bring in quality coaches.”

After serving as an assistant at Davis and helping launch the Gregori program, Wallace, an on-campus business education instructor, will take his first turn in the captain’s seat.

“I’m really excited about this opportunity,” said Wallace, who began his coaching career as a coordinator for the Davis freshman team at the tender age of 19.

“I was on the original staff here at Gregori High, so I’m a Jaguar through and through. I was a part of the staff with coach McCoy and it was a great experience. I’ve learned a lot with McCoy and in my time at Davis.”

McCoy stepped down following Gregori’s 52-7 loss to Edison of Stockton in the first round of the Sac-Joaquin Section Division I playoffs. McCoy spent seven seasons at Gregori, turning the youngest program in the Modesto City Schools district into a champion and perennial playoff team.

The Jaguars made five consecutive postseason appearances and celebrated the school’s football league championship in 2017. That fall, Gregori charged through the regular season undefeated, annexing a Modesto Metro Conference with a record-setting quarterback (Bobby Avina, now a walk-on at Arizona State) and an Ivy League tight end (Gabe Sanchez, now at Brown), among other talents.

After finishing behind champion Turlock in the newly-formed Central California Athletic League this past fall, Wallace plans to return the Jaguars, a distant fourth, to the mountaintop by embracing “the grind,” a familiar mantra of McCoy’s.

In his interview, Wallace said he emphasized character and loyalty above his football resume. He followed Brad Goudeau from Davis to Gregori to start a new program in Salida, and he's been there ever since.

“I wanted them to know that in choosing me as a head football coach, you’d get a guy who would come in and always put the program and the athlete’s best interest first,” he said. “I’ve always been a loyal guy and a guy who would operate with integrity. I really do care about my students and my athletes. I wanted them to know that going into this they would get the same effort from me that I’ve always had.

“We’ve done a great job of getting our program to a point where we’re constantly competing. We’re right there. I just plan to build off what has been started here and try to take the program to the next level. We have the athletes to do that. Now it’s about really focusing in on the mission and having a vision for the program.”

Wallace inherits a program ready-made for success. The Jaguars won five games last fall, despite a rash of injuries.  A talented cast should return, though, including quarterback Baker Melendez, and running backs Titus Rhiney and Isaac Herman.

“Our first year in the CCAL didn’t go the way we wanted it," Wallace said. “We have something to prove, and it’s going to start in the weight room. I really think that’s going to be the core foundation of our program.”