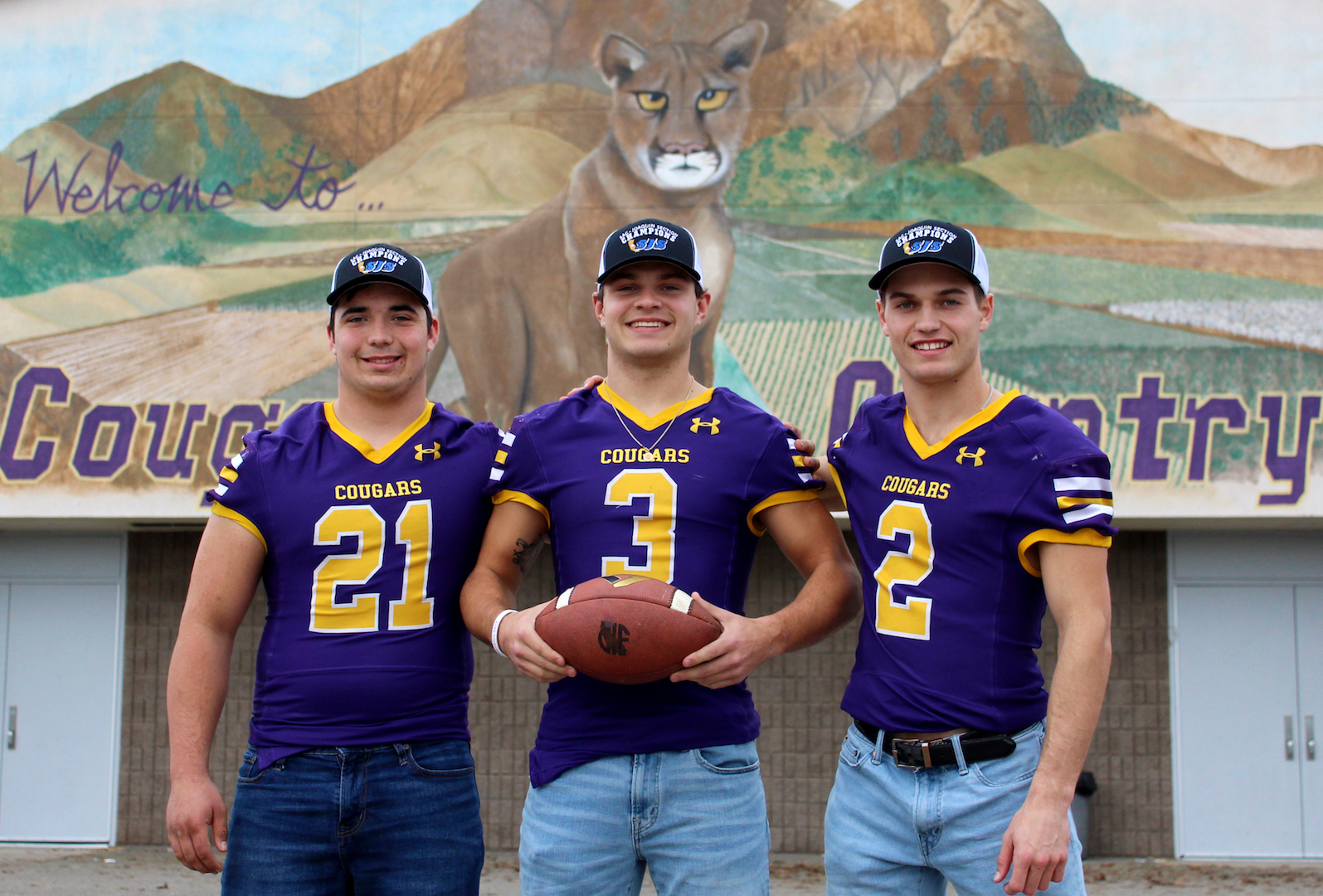 Weather forecast for Escalon this weekend: Lightning, thunder and fog

ESCALON — Playing in any other system, at any other school, they’d have the spotlight all to themselves.

Then again, maybe that’s why Escalon running backs Kaden Christensen, Colton Panero and Luke Anderson are so effective, because they seemingly run away from the spotlight.

As the Cougars’ triple-threat backfield prepares for Saturday’s CIF Division 4-A state championship game against La Jolla, only Christensen has amassed over 1,000 rushing yards (1,548). Anderson (962) should go over this weekend and Panero (888) could with a big game.

But numbers don’t seem to matter much, either.

Featured more prominently, any of the backs  could challenge Nathan Chunn’s school record of 2,240 yards set in 2012.

“If you come through Escalon, you know about the rich tradition,” said Christensen, who rushed for 122 yards on 15 carries and caught four passes for 45 yards and scored twice in last week’s 41-17 NorCal victory over Pleasant Valley in Chico. “I played under Mark Loureiro and Mr. (Andrew) Beam has modified things a bit but it’s essentially the same style.”

That “style” is the Wing-T, an offense based on angles, traps, deception and, perhaps most importantly, multiple options in the backfield.

“It teaches us to play the whole game,” said Panero, who carries the ball just six times a game but averages a team-best 10.6 yards every time he does. “Running this offense, you take a little bit at a time and eventually, something’s gong to break open.”

Even though sharing the load gives the team its best chance to win, one would figure there’s at least a little bit of desire to get more of the workload, right?

“Not at all,” said Anderson, the lone junior of the trio. “ It makes it more fun, to be honest. It allows us to dictate the pace of the game and controls the ball in the second half.”

That’s what the Cougars did against Pleasant Valley.

With about nine minutes to play in the first half, the Cougars embarked on an eight-minute drive to take the lead and leave the Vikings almost no time left to counter.

Then, after receiving the kickoff to start the second half, Escalon chewed up seven minutes off the clock with a scoring drive that widened the gap and ended the competitive phase of the  contest.

It’s a formula the Cougars will be looking to replicate Saturday. And the best way to do that is by confusing defenses, with a three-headed attack.

“It takes everyone doing their job,” said Panero. “It’s not just a one-person show.”