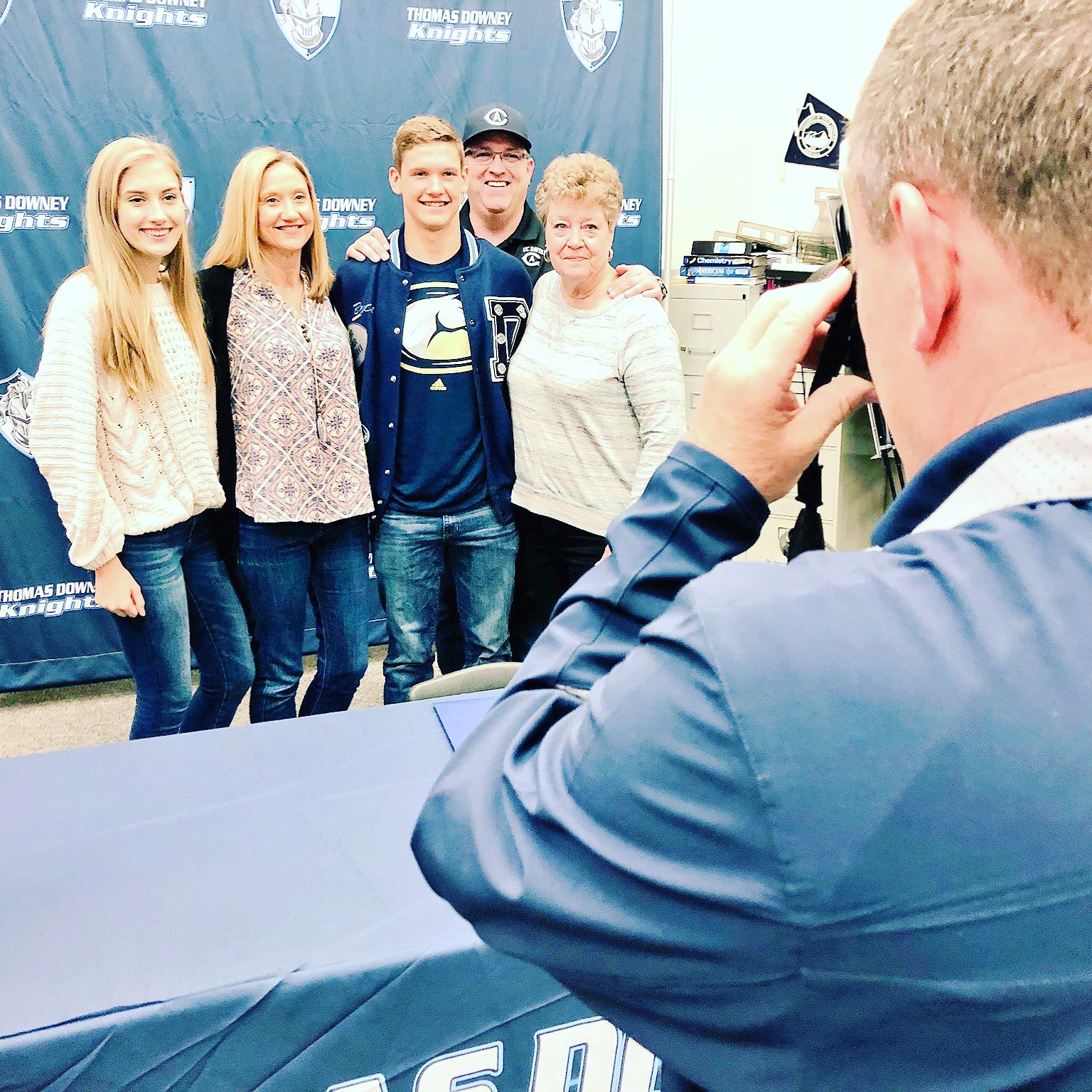 Long before they were Big Sky champions and part of the national conversation, the UC Davis football team succeeded in winning the battles closer to home.

The Aggies’ rise to prominence this fall can be traced back to the coaching staff’s work on the recruiting trail since the arrival of coach Dan Hawkins. UC Davis has mined its backyard, specifically the southern half of the Sac-Joaquin Section, once an overlooked stretch of farm towns and mountain communities.

It's hard not to draw a correlation.

The Aggies have made waves with players who once dominated Friday evenings in the FrontRowPreps.com region. Merced running back Ulonzo Gilliam earned freshman All-American honors, while Central Catholic linebacker Montell Bland, another redshirt freshman, blossomed into a stopper on the defensive side of the ball. The Aggies also boast Oakdale offensive lineman Nico Sarale, Weston Ranch defensive back Erron Duncan, and recently celebrated the graduation of senior Ryan Martinez, a Le Grand product.

Now, with Wednesday’s Signing Day announcements, comes the next wave.

“Shredville,” as the program has been dubbed on social media, has added two more local stars. Downey wide receiver Bryce Peterson and Sonora defensive end Evan Bearden join a program that finished 10-3 and reached the quarterfinals of the Football Championship Subdivision playoffs.

“He’s going to an incredible coaching staff and I know they’re going to take care of him there,” Downey coach Jeremy Plaa said of Hawkins, the Eddie Robinson Award winner as coach of the year in the FCS, and Peterson. “I think they’re going to really enjoy having each other.”

The excitement of Wednesday’s signing party at Downey High School was tempered by a new reality: Peterson, Bearden and the Class of 2019 have a responsibility to help the Aggies take the next step.

“When I committed there, the new coach, Dan Hawkins, he’s made that program go up like crazy,” Peterson said. “When I was there, it felt great and I connected with the coaches well. … I knew that was where I wanted to go.”

“It’s going to be fun talking trash to Calvin Grover,” Peterson said with a chuckle.

Peterson moved seamlessly into the slot this fall, transitioning from the quarterback position. He had 65 catches for 748 yards and six touchdowns. Downey coach Jeremy Plaa will remember Peterson for his playmaking ability, whether under center or split out wide.

This fall, Peterson turned the Gregori game into his personal highlight, shedding tacklers en route to a 132-yard, two-touchdown performance. Peterson finished with nine catches as Downey won 20-14, avenging a loss to the Jaguars in 2017.

“He’s been dynamic. He’s been able to do a lot of things,” Plaa said. “He’s been a leader and he’s going to take those skills with him to the next level.”

While college coaches are prohibited from commenting on recruits, Peterson said the Aggie staff liked his route running, explosive first step and agility, all of which should make him valuable in the slot.

Bearden is one of the top recruits to come out of the Mother Lode region in recent memory, joining former Wildcats Kahale Warring of San Diego State and Rosko. Bearden is the Mother Lode League co-MVP and a former Defensive Player of the Year, despite playing the final weeks of his senior season with a fractured ankle.

"I chose Davis because it is close to home, has great coaches, great town and a rising football team," Bearden said. "It's cool to see how many different kids from our area are able to experience the same thing; also being able to be on the same team instead of competing against them."