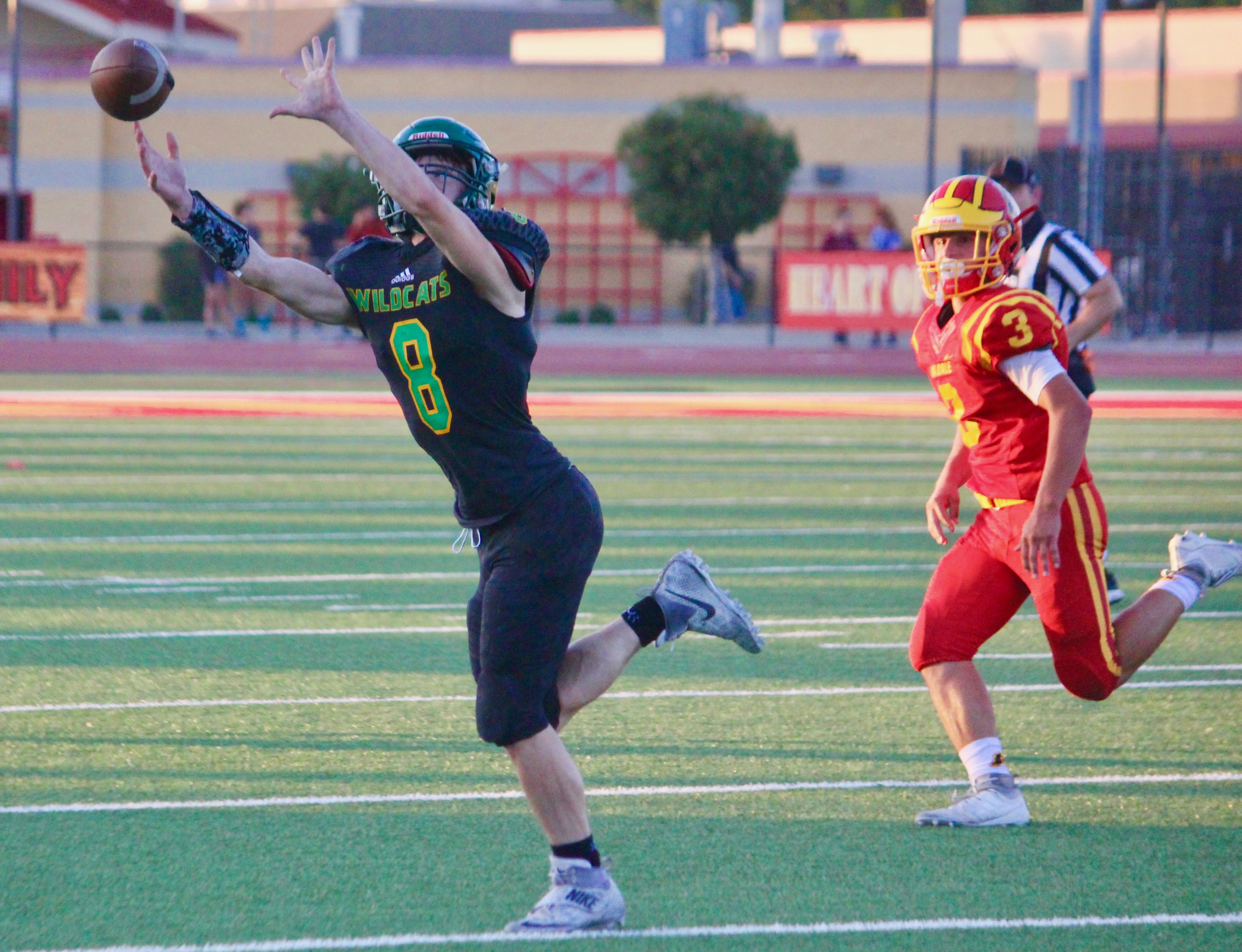 'We’ll still go after it, but ...': Is Sonora's reign in the Mother Lode in jeopardy?

A year ago, the Sonora High football team took its lumps as it waited for a roster flush with experience to gel.

The Wildcats stumbled to an 0-4 start and its stronghold in the Mother Lode League appeared to be in serious jeopardy. The opening game of the season pointed toward rough days ahead: Sonora was walloped by longtime rival Oakdale, 49-0.

The Wildcats, beset by an injury to UC Davis-bound star Evan Bearden, would go 11 quarters without a point, and coach Bryan Craig’s bunch was outscored 156-26 in the first four weeks.

Once conference play began, though, the universe found its balance. Sonora won seven of its final eight games, annexed its fifth straight MLL crown and qualified for the Sac-Joaquin Section Division V playoffs. The Wildcats were eventually eliminated by section champion Colfax, ushering in a new reality. With just six returning starters and only 11 seniors, the 2019 season promised to be another test of resolve and patience.

Craig will carry about 30 players this fall, a lighter roster than what’s expected at a school routinely ranked among the strongest small-school programs in Northern California. The lack of experience could trip up the Wildcats as they tackle the same non-conference schedule: Oakdale (home), Ripon (away), Escalon (away), Hilmar (home) and West (home).

Sonora will lean on a thin group of returning starters. Leading the way is all-conference center Mark Camara and fellow offensive lineman Valor Farris. Running backs Nick Crockett (defensive back), Elijah MacDonald (linebacker) and Justin Morgan (defensive back) could be featured prominently on both sides of the ball. Gabe Milbourn lines up at wide receiver and defensive end.

Craig has been around long enough to understand both sides of the “experience-versus-youth” coin. Experience doesn’t always guarantee wins, nor is youth an indication of struggle.

In 2015, Sonora won 12 consecutive games and hosted a CIF State Northern California bowl for the first time in school history with a young rsoter. That season, the Wildcats’ best all-around player was a sophomore (Kane Rodgers), its two leading rushers were juniors (Nate Gookin and Bradley Canepa), and its top prospect was a junior defensive end who bore a striking resemblance to Thor (Killian Rosko).

“Last year we had no excuses. We just didn’t come together,” Craig said. “The year we won our section title (2015), we were young and came together quickly.”

Regardless of the results in August and September, Craig is confident his team will be in the hunt for a sixth straight league title. This may be the season the MLL pushes back, countering Sonora’s dominance with a deep group of contenders. Amador, Calaveras and Argonaut have been linked to the MLL title race.

“We have some talent. We’ll be competitive,” he said. “We’ll still go after it like we normally do, but the thing is the MLL is good. Everybody is good in this league. This is a tough league, right up there with the TVL.”