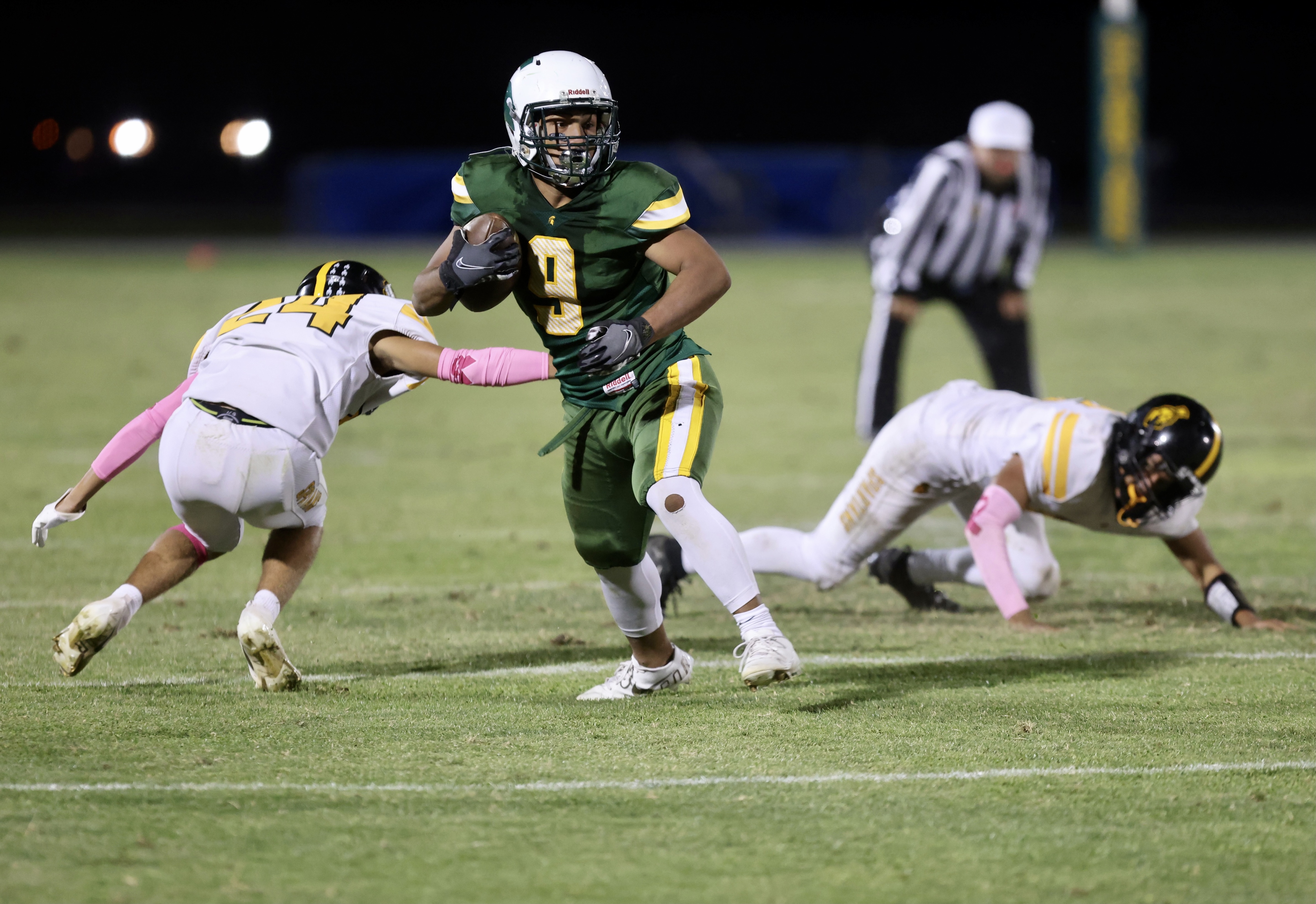 Daniel Ramos is nothing but opportunistic.

In 2019, Ramos led an undefeated Davis High junior varsity football team in scoring despite having the fewest touches of its running backs. This season, the junior has backed-up senior Isaac Martinez, a catalyst in all three phases for the surging Spartans.

On Friday, the door of opportunity once again swung open.

When Martinez finally succumbed to a lingering ankle injury in the third quarter, Ramos assumed the workload and performed admirably in a 25-13 victory over Lathrop.

Ramos, who doubles as a defensive lineman, carried the ball 11 times for 116 yards and a touchdown, and it was his per-rush average that speaks to his ability to maximize a chance. He averaged more than 10 yards per carry, blending a hard running style with some elusiveness.

"It's interesting with Daniel Ramos, because our starting running back is Isaac Martinez and Isaac's been battling an ankle injury since the Pacheco game," coach Tim Garcia said after the game. "Daniel is a year behind Isaac, so when the JV went 10-0 (in 2019) Daniel had the most touchdowns but the least amount of touches. We know what he's capable of, but it's been a tough road to try and get him bought in because he hasn't been the guy.

"After last week, we knew his potential and that he was going to get his touches," Garcia said. "He had a good week of preparation. He has been some D-line for us all year long, and tonight we got to put the rock in his hand and saw what he could do."

Martinez isn't quite 100 percent, Garcia said, which means more opportunity for Ramos. Martinez, who was named the American Chevrolet Athlete of the Week following a win at Los Banos, injured his ankle against Pacheco. It's been slow going ever since for the senior captain. He had three rushes for 4 yards on Friday against Lathrop and didn't return to the game after losing a fumble in the third quarter.

Instead, Ramos and back-up quarterback Jose Sanchez carried the Spartans to a win. Sanchez stepped in for transfer quarterback Jayson Munthe (7 of 8, 113 yards and two TDs). Sanchez had a 22-yard touchdown reception, six carries for 66 yards and managed the game with Munthe out.

Davis led 19-0 at the intermission. To that point, the Spartans had been buoyed by two red-zone stops. In the second half, Garcia said his team showed its resiliency in the face of injury and a Lathrop charge, another mark of a championship-caliber team.

"When we got up 19-0 and our defense was playing well, we felt confident coming out for the third quarter. I really felt we were going to put a drive together there. Usually in a high school football game when you turn the ball over three straight (drives) you're going to lose. We're very fortunate and yet excited to be able to go through some adversity and some injuries and still come out on top. It's a tribute to our kids and our coaches."

The win keeps the Spartans surging toward a perfect season and its first-ever Western Athletic Conference crown. Davis is 7-0 and 4-0 in conference heading into this Friday's trip to winless Beyer (0-7, 0-4).