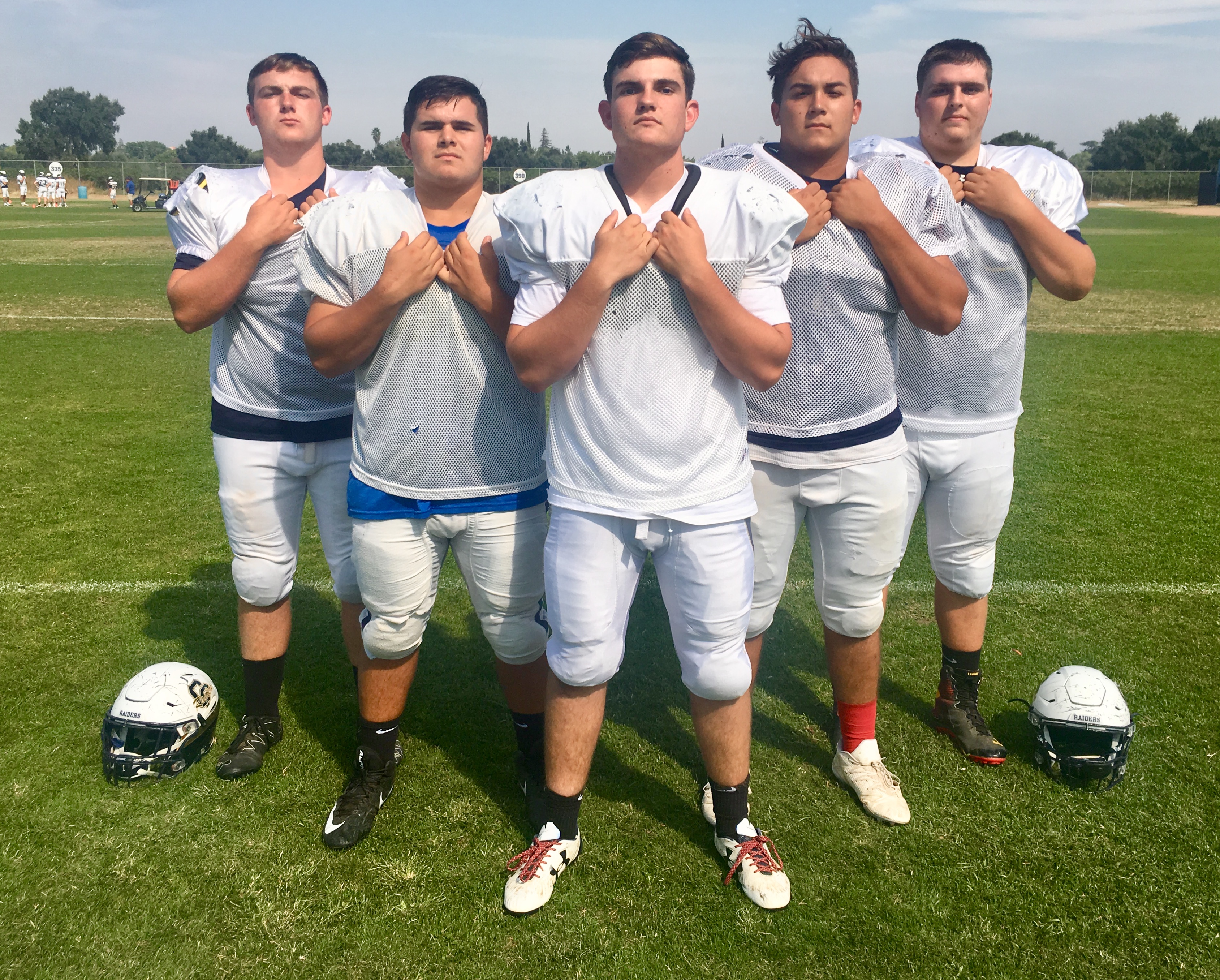 With spit flying from his mouth and a crazy look in his eye, Roger Canepa paced the practice field, ushering in a new week the way a rooster would the morning sun.

The Central Catholic football coach crowed and he crowed, and as the practice wore on, his crows grew louder and louder.

To be certain, this rooster, born from the Mother Lode and raised on football fields across Northern California, is no chicken.

With his sleeves pushed high on his arms and his head half-capped, Canepa, the architect of four consecutive state championships, welcomed the challenge that lay ahead. The Raiders (1-0) go on the road for the second straight week. This time the Front Row region’s top-ranked team travels to national power De La Salle (1-0), fresh off a shutout victory of Folsom.

“We don’t get overwhelmed by stuff like that,” Canepa said. “We’re challenging our team right now, and now we got to go back on the road. Shutting out a spread offense, a team that has been top in the state, we’re not worried about that. We’re not a spread offense. We chunk it out. We just want to take care of the football and give them a game.”

The game is the most anticipated non-conference, non-playoff game in Central Catholic’s storied history. The Spartans have entered into a home-and-home contract with the Raiders, a program it has been linked to but has never played.

“It’s their excellence,” third-year varsity lineman Chris Mendoza said. “Everything they do is perfect, and that’s how we want to be.”

The Raiders and Spartans are the only teams in state history to win four consecutive CIF State bowl games. De La Salle, ranked third in the latest Cal-Hi Sports state poll, accomplished that feat from 2009 to 2012, while Central Catholic’s dynasty stretched from 2012 to 2015. De La Salle and Central Catholic also own the most state titles with seven and four, respectively.

The Raiders have also been a regular at the Spartans’ summer passing tournaments, and the two teams mirror one another stylistically. On Friday, they’ll finally meet under those hallowed lights.

“Nothing against anybody else, but they’re ranked 15th in the nation,” said Canepa, whose team is No. 31 in the same state poll. “I don’t think we’ve played anybody in the top-100 in the nation. It’s a great challenge for us, but I think we’re ready.”

De La Salle forced five turnovers and silenced one of the most prolific offenses in the nation. Folsom scored 770 points en route to a perfect 16-0 season last fall. That factoid isn’t lost on Canepa, but neither is this: Central Catholic doesn't play football like Folsom, and the game is often dictated by matchups.

For instance, Canepa likes the speed and tenacity of his offensive line against the girth and strength of De La Salle’s front four. If the Raiders can have success in the trenches, Canepa believes they’ll have chance to rattle the Northern California giant.

“They did a good job last week,” Canepa said. “They’re going to have to play their best game ever, to be honest with you. We have to be able to get off the ball. … If we don't get off the ball in this game, it’s going to be a long game.”

Mendoza has been dreaming of this opportunity since May.

“We just have to be physical. In the trenches, we have to control the line,” he said. “Our linemen, we have it in us; we have that dog in us. We’re big, strong and tough, and they’re the same as us. Same age, same everything. I’m ready. Every day, since May, I’ve been working toward this.

Central Catholic is coming off an impressive victory of its own. National recruit Dawaiian McNeely rushed for more than 100 yards, Kyle Jacklich found the end zone twice and the Raiders defense stymied Clovis West’s 6-foot-3 quarterback Dante Chachere in a 21-0 victory.

Canepa praised his team’s conditioning and grit. It was 100 degrees on the field at Daryle Lamonica Stadium, home to the returning Central Section Division I semifinalists.

“We got a lot of heart. That first half, them guys battled us tough, but we found we were in pretty good shape,” Canepa said. “In the third quarter, them runs that were like 2 and 3 yards became 6 and 7. We showed some toughness. Now we got to prove that again this week against a team that has shown they’re pretty tough, too.”