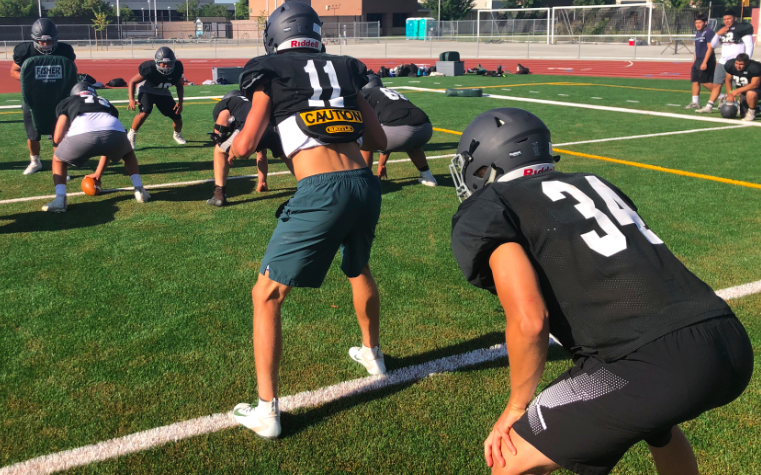 TURLOCK — It would be easy to mistake Lance Weckerle for a player and not the head coach of the Pitman High School football team.

Tall and lean, with a boyish face, Weckerle looks like the high school quarterback he was growing up in Northern California.

Only a dark shadow of stubble gives away the secret.

Weckerle, 34, takes over for Tom Tyler, who steps down after six years guiding the Pride. Combined with a successful decade at Turlock High (1996-2005), Tyler combined for the second most wins in Turlock history (107), trailing only legendary Joe Debely (117).

Weckerle knows the expectations are high, following a 10-2 campaign in Tyler’s last season.

“He’s in the locker room so I get to pick his brain every day,” said Weckerle of Tyler, who remains a teacher on campus. “So, he’s been very helpful in that regard. Obviously, I’ve got huge shoes to fill come fall.”

After graduating from Yreka High in 2003, Weckerle attended College of the Siskiyous near the Oregon border and then moved on to Humboldt State, where he was the backup quarterback. He finished his studies at Stanislaus State and joined the Pitman coach staff a decade ago.

Even then, he saw a bigger picture.

“I told Tom back then that I’d want to run my own program some day,” said Weckerle.

And now, the Pride are somewhat of a mystery. They took the summer off and didn’t compete in any passing tournaments, which means any tweaks to the offense made by Weckerle have yet to be seen.

The Pride are young, having lost to graduation several key members of last year’s history-making team — last year’s squad was just the second to win 10 games and the first to win its first nine in a row.

Weckerle isn’t the only new arrival on campus. A new artificial-turf stadium, with an all-weather track, is nearing completion. The team held its first practice on the surface on Aug. 1 at 8 a.m., and practices is all the surface will see for now. Bleachers won’t be added to the stadium next year, so until then the team will continue to play its home games at Joe Debely Stadium, on the campus of rival Turlock High.

“It’s been a long time coming,” said Weckerle. “A lot of people have put in a lot of work to give us the facility that we have right now.”