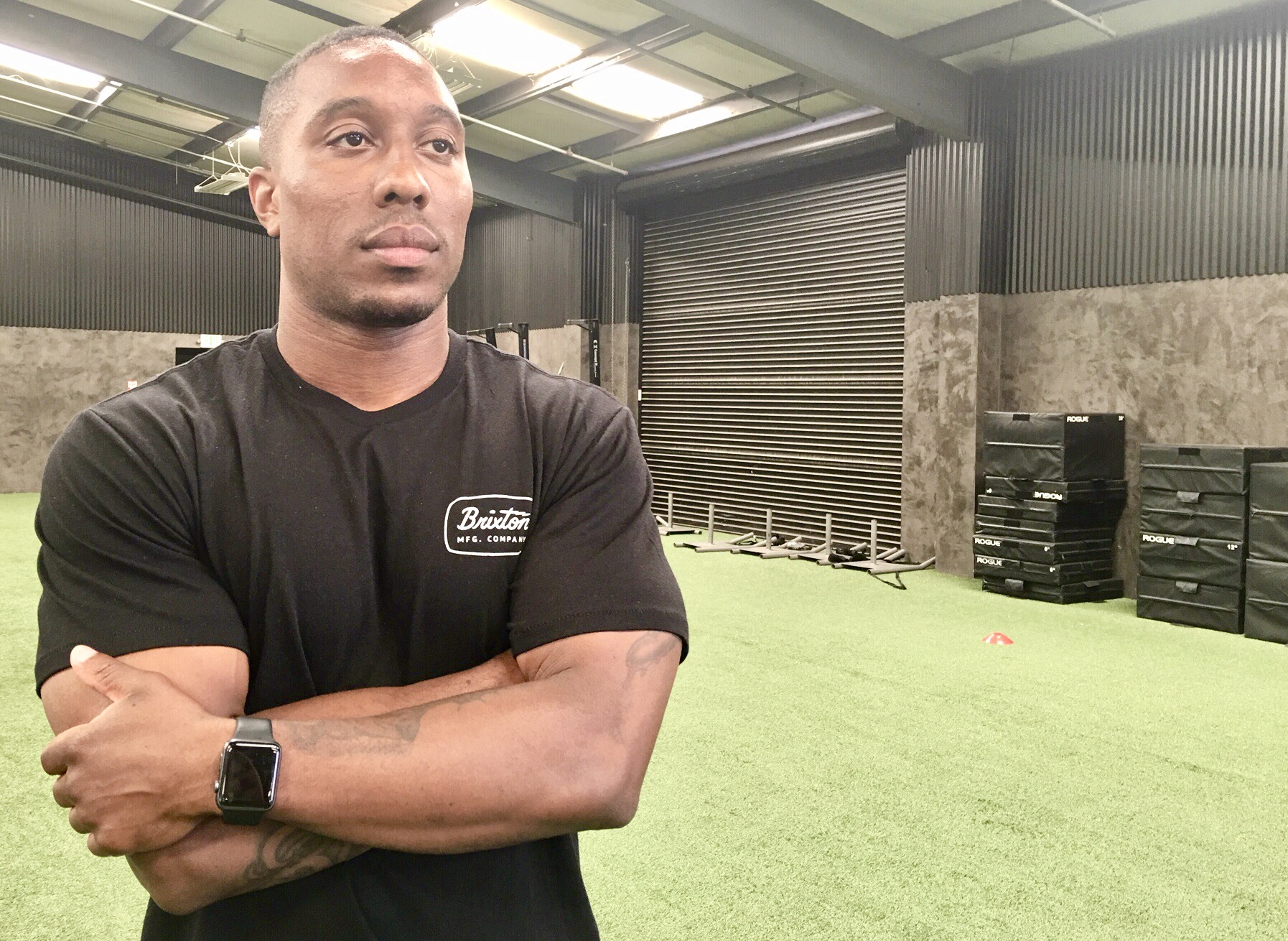 Brett Butler, 29, was named the football coach at Modesto Christian on May 7, 2019, just days ahead of the start of spring practices. Butler's hire stabilized a program thrown into a flat spin after the resignation of two head coaches.

After off-season chaos, Butler picks up the pieces at Modesto Christian

The term “adversity” is tossed around like chew toys these days.

It’s supposed to mean “a state of continued difficulty or misfortune” but football teams have stretched it almost beyond recognition. Anything from a slip on a muddy field, to a minor injury, an unfortunate official’s call or other assorted bad beats are lumped into “adversity.”

Presenting the Modesto Christian football program, the people who will set you straight on “adversity.” They’re living the real thing, and they don’t need Webster’s to know they’re right.

-- When you’ve skipped through three head coaches inside five months.

-- When your four-star collegiate prospect transfers out, and others follow.

-- When you’re down to a roster of 20 varsity players – including only one returner -- and there’s no junior varsity or freshman teams.

-- When your locker room is robbed, and players’ valuables, football equipment and other items vanish during a practice last week.

All this has beset Modesto Christian, a state champion only a decade ago, in arguably the most topsy-turvy off-season the area has seen.

Brett Butler, 29, has been asked to pick up the pieces as the Crusaders’ coach. It’s his first head-coaching job, one that he accepted in early May, only three days before the first spring practice.

He has signed up for one of the most thankless challenges of his still-young life and, by the way, he’s also running a business  (The Performance Lab) and raising a 6-month-old son.

But get this: Butler already is impressed by his team. In fact, the former Downey High, Modesto Junior College and Delta State (Miss.) standout has been inspired by what he’s seen.

“There’s a lot on them, both physically and mentally. They’ve tried to block out the noise. They’re absolutely getting it from all angles,” Butler said. “For them to trust in me…in my opinion we’re already successful.”

Enter Butler, who alleged that everyone from parents to coaches and former players undercut his program after his hiring. He thinks that caused, or at least encouraged, the transfer of several MC players to other schools.

For his part, Butler professes nothing but respect for Parsons, who has reached out to help. He also said he and Ryan Green have talked since the coaching change.  “I wish him the best,” said Butler, who insists it’s time to move on.

Butler points many of his thank-you’s toward his father Chuck Butler, an assistant coach at Downey, and Knights head coach Jeremy Plaa.

“Brett has the perseverance to overcome anything,” Plaa praised. “He is solid, up-front and honest, and he’s not going to lower his expectations. He knows what to do and he’ll see it through.”

Modesto Christian no doubt is grateful to find Butler, a former assistant coach at Downey and MJC, at such a late hour. The new coach was a hard-hitting defensive back and started in the 2010 NCAA Division II championship for Delta State. His no-nonsense style may be what’s needed at MC.

“I’ve been a part of a lot of programs and a lot of teams,”he said. “This is the most proud I’ve been over a group of individuals.”

Butler hastily put together a staff that includes Steve Marks, Rashawn Caldwell, Jesus Anguiano and Jaelin Ratliff. Together, they climb a steep hill toward the Crusaders’ Aug. 23 opener against Sierra.

Only one player, junior running back Jay Nglam, returns from last year’s team. Only three seniors grace the roster, and only seven took part in the MC program last year.

The Crusaders will lean hard on one of the seniors, quarterback Jovon Watkins (6-foot, 195 pounds), who has not played since he was an underclassman. Butler thinks junior running back/defensive back Elijah Washington could be special. He also likes sophomore slot/defensive back Trey Moreland.

A clue to how the team has bonded are Watkins and junior receiver/safety Brenden Garcia, who were voted unanimously as team captains.  Clearly, the Crusaders find strength in “us against the world.”

“This is a very unique situation. In terms of the climate of the overall program, it was at an all-time low. The kids have grown a lot,” Butler said. “We’re still playing varsity football. We expect to compete and we expect to come out to win.”

That would be a bona fide triumph over adversity.