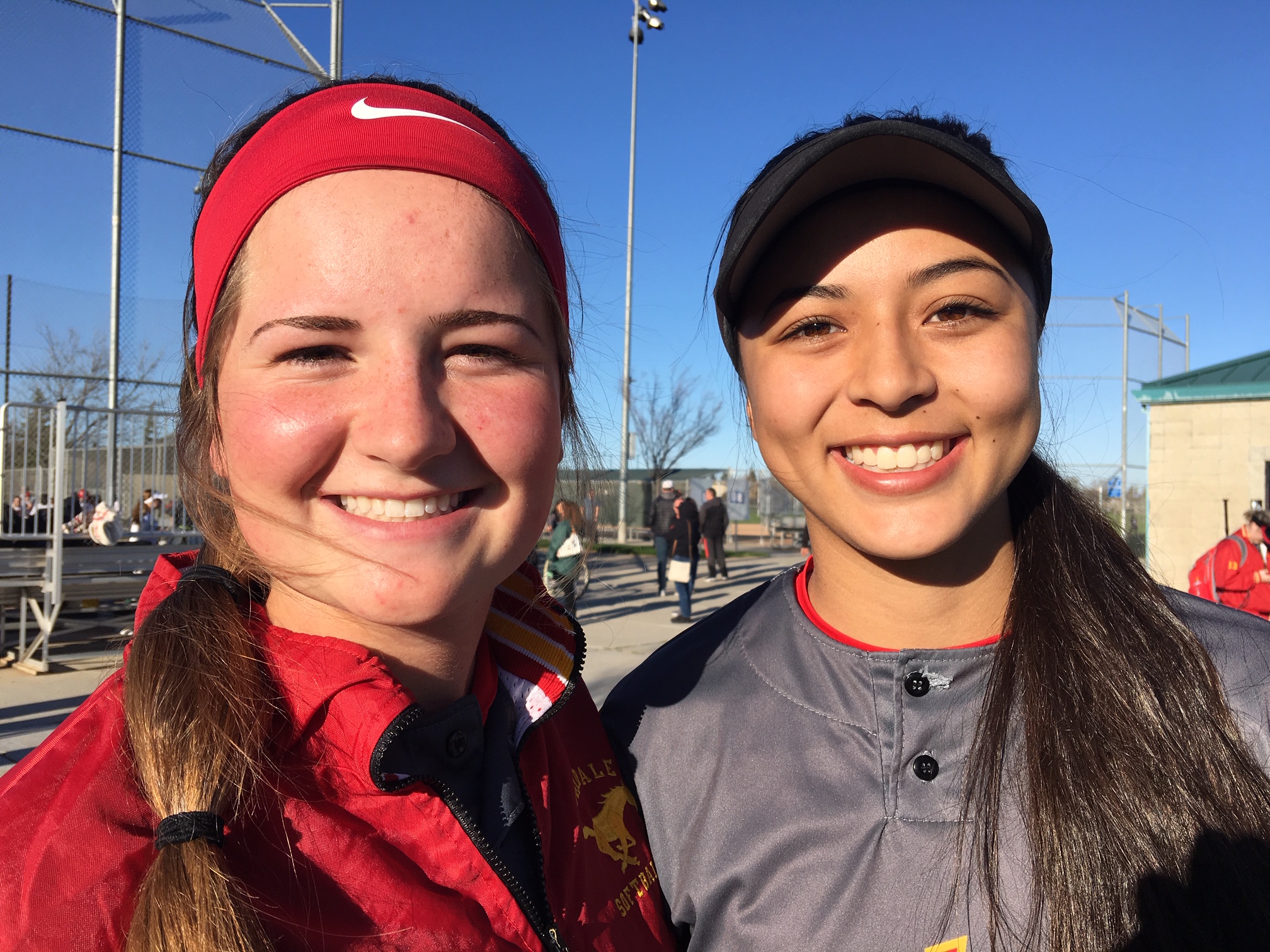 TRACY – Lexie Webb goes about her business in the circle like it’s her office, her place of business.

When she wheels and releases, she delivers six different pitches, all of them spinning here or darting there, all with velocity. Her expression doesn’t change as the batters swing and miss.

“Before, I used to be really jumpy. Now I relax more,” said Webb, Oakdale High’s senior leader. “I’ve become more stable out there over the last year.”

Webb’s office Wednesday was the Tracy Sports Complex, where she and her teammates made an early-season statement. Oakdale raced past the Tracy Bulldogs, the reigning Sac-Joaquin Section Division I champions, 9-3.

The onslaught was launched by Webb, already called one of the nation’s top high school stars. She pounded a 2-2 pitch over the wall in center in the second inning for the game’s first run, and the 6-0-1 Mustangs sensed it would be their day.

And it was. When Webb is dealing at the plate and in the circle, Oakdale is hard to beat. The Mustangs have outscored their opponents 48-7 to date.

Webb struck out nine – including all three in the fourth – during her five innings while the Mustangs built a 9-0 lead. She allowed only a two-out infield hit by Alyssa Barba in the second.

Webb’s teammates appreciate her contribution, and why not? When your best player also is one of your hardest workers, what’s not to like?

“She is amazing and she’s earned all of it. She’s very hard-working,” Goodridge said. “She lifts every day and drives for perfection. She wants to make my job easy.”

Webb also doubled, sparking Oakdale’s 12-hit attack, and it’s primarily her bat that has made her a Fresno State commit. Only now, her pitching is catching up with her offense.

“She has worked so hard over the last five or six years, and now it just comes naturally for her,” Loger said. “To get to this place, where colleges now want her pitching for them and not just hitting, is a pretty big deal.”

Oakdale followed Webb’s lead and overwhelmed a Tracy team that hasn’t finished below second place in the section since 2016. The Bulldogs (3-3) were held scoreless until Kaelani Ratliff’s three-run single to right in the sixth off reliever Mariyn Waterman.

By then, Webb’s day’s work was done.