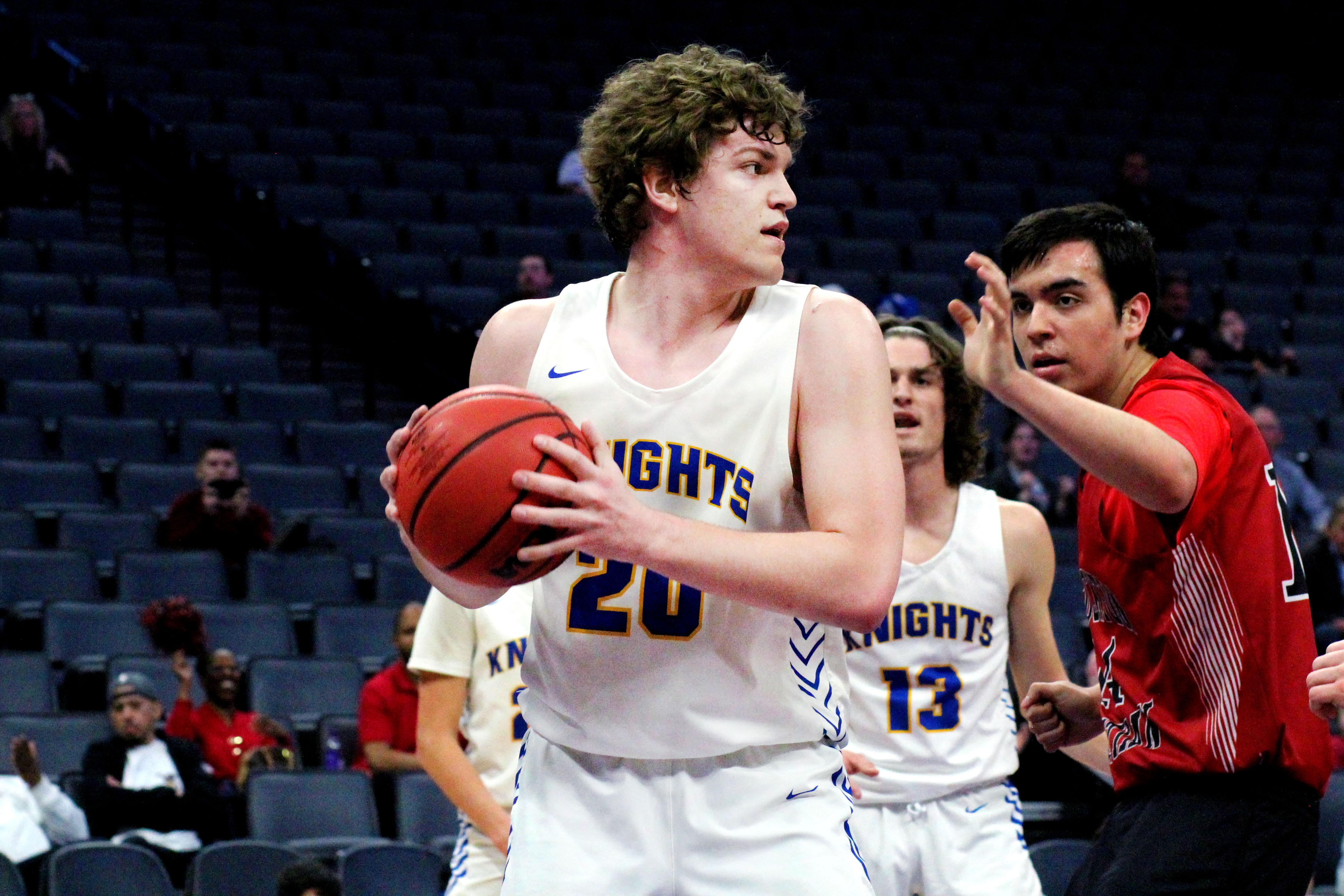 That height discrepancy was the key ingredient in the Knights’ 73-56 victory, giving the program its 11th section title in school history.

“Our guys play hard and wear teams down,” said Ripon Christian head coach Mark Hofman, who also guided the Knights to the 2018 championship banner. “We’ve had a lot of games where it’s close in the first quarter, even behind, close second quarter. By the third and fourth, you see us take off. That’s because they work hard, they train hard, they’re intelligent, they’re in good shape and they practice hard. That’s a big deal.”

The Knights owned a 53-23 rebounding edge and had 20 more second-chance points than the Eagles.

“People say, ‘That’s your height,’ and it’s partly that,” said Hofman. “Sometimes, that’s just desire for the ball. The ball’s up there, they want it and they go get it. That goes back to their tenacity and their effort. Rebounding can be that sometimes.”

Ripon Christian’s size gave Stockton Christian problems at the outset as the Knights blazed to a 14-3 lead. But the Eagles closed the opening stanza win a 13-5 run to make trim RC’s lead to 19-16 heading into the second quarter.

The Eagles went to a zone defense that gave RC trouble and they clawed to within a bucket — 37-35 — at the break.

“I was very concerned because they were in a zone and if what you’re doing doesn’t work, there’s not a lot of other options,” said Hofman. “We went through kind of a shooting drought, but once we hit a couple of outside shots, it was over. Then the post opened up and we had that duel attack of Braden (Van Groningen) on the inside and a couple 3s on the outside, and that was enough.”