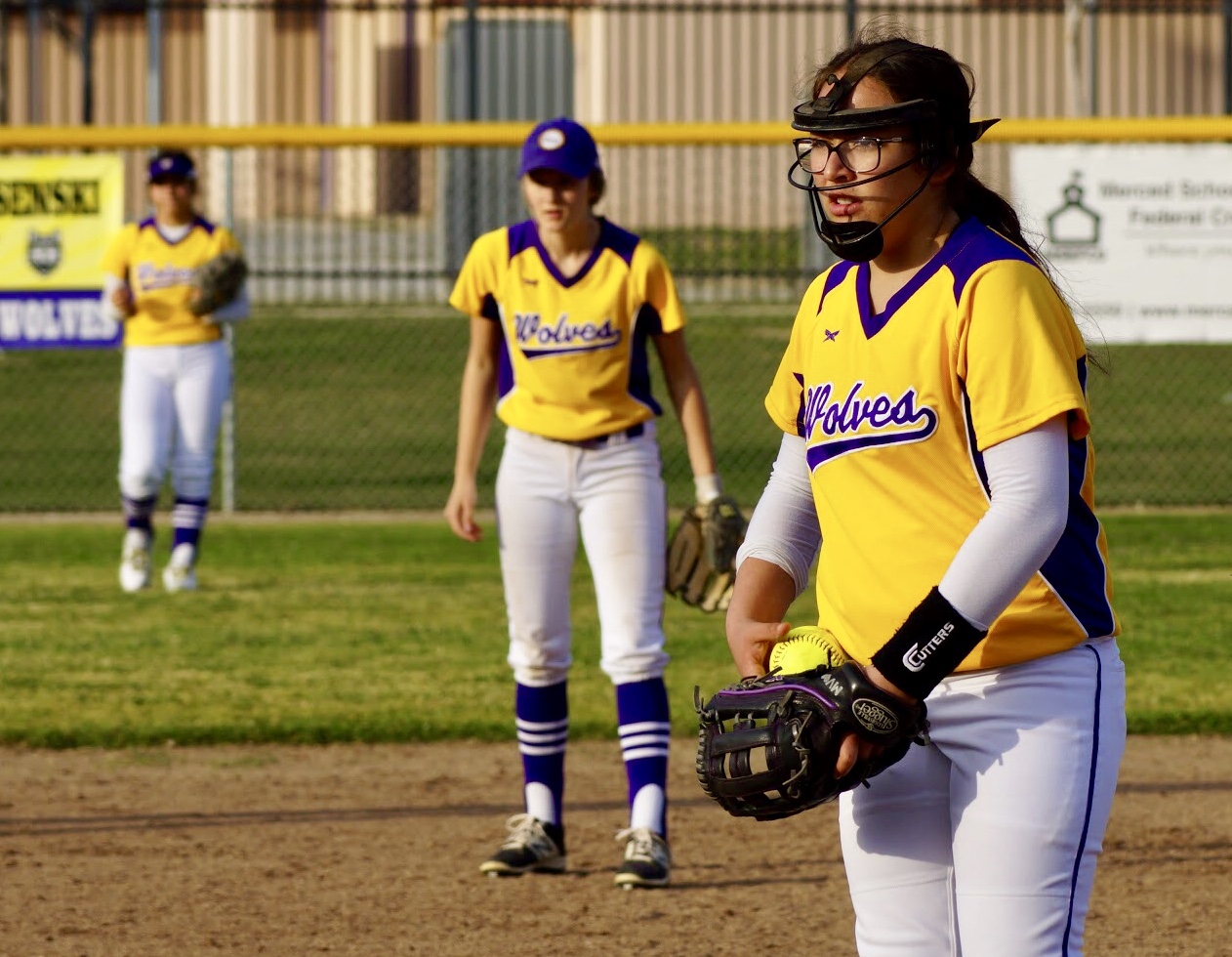 Livingston freshman Amie Valdez has helped lift the Wolves into the small-school Top 5 for the first time all season. Valdez has impressed in a narrow loss to Ripon and an extra-inning win over Hilmar.

1. (1) Ripon (16-0): The top-ranked Indians throttled Modesto Christian and Riverbank in their final tune-ups for this week’s Nor Cal Classic in Tracy. Ripon will compete in the Platinum Division, where a potential semifinal showdown with large-school Oakdale awaits.

2. (2) Calaveras (11-2): One of the hottest teams in the region, Calaveras continued to bludgeon Mother Lode League opposition. Calaveras has won 11 straight and outscored Amador in a sweep 30-6. Calaveras travels to Argonaut Tuesday and then opens the Nor Cal Classic with Enochs Thursday.

3. (3) Escalon (10-6-1): The Cougars have bounced back from their loss to Ripon with three consecutive victories, including a 10-6 win over then-No. 5 Hilmar, which fell out of the Top 5 after back-to-back losses. Arabella Strach doubled, tripled and drove in three runs against the Yellowjackets.

t-4. (4) Waterford (14-2): Tawni McCarty struck out 21 batters and Alyssa Donaldson drove in two runs as the Wildcats survived a thrilling nine-inning battle with Le Grand, 4-3. Waterford will open the Nor Cal Classic against American of Fremont on Thursday.

t-4. (4) Ripon Christian (14-3): Winners of nine straight, the Knights were idle last week while many of their juniors and seniors visited the nation’s capital. Ripon Christian returns to the diamond this week with a tournament at Modesto Christian.

5. (nr) Livingston (7-8): Despite its sub-.500 record, Livingston makes its debut in the small-school Top 5 because the Wolves have become a sudden force in the Trans-Valley League. Freshman Amie Valdez is a budding ace who has handcuffed Ripon and helped knock Hilmar from the Top 5 with an extra-inning victory last week.