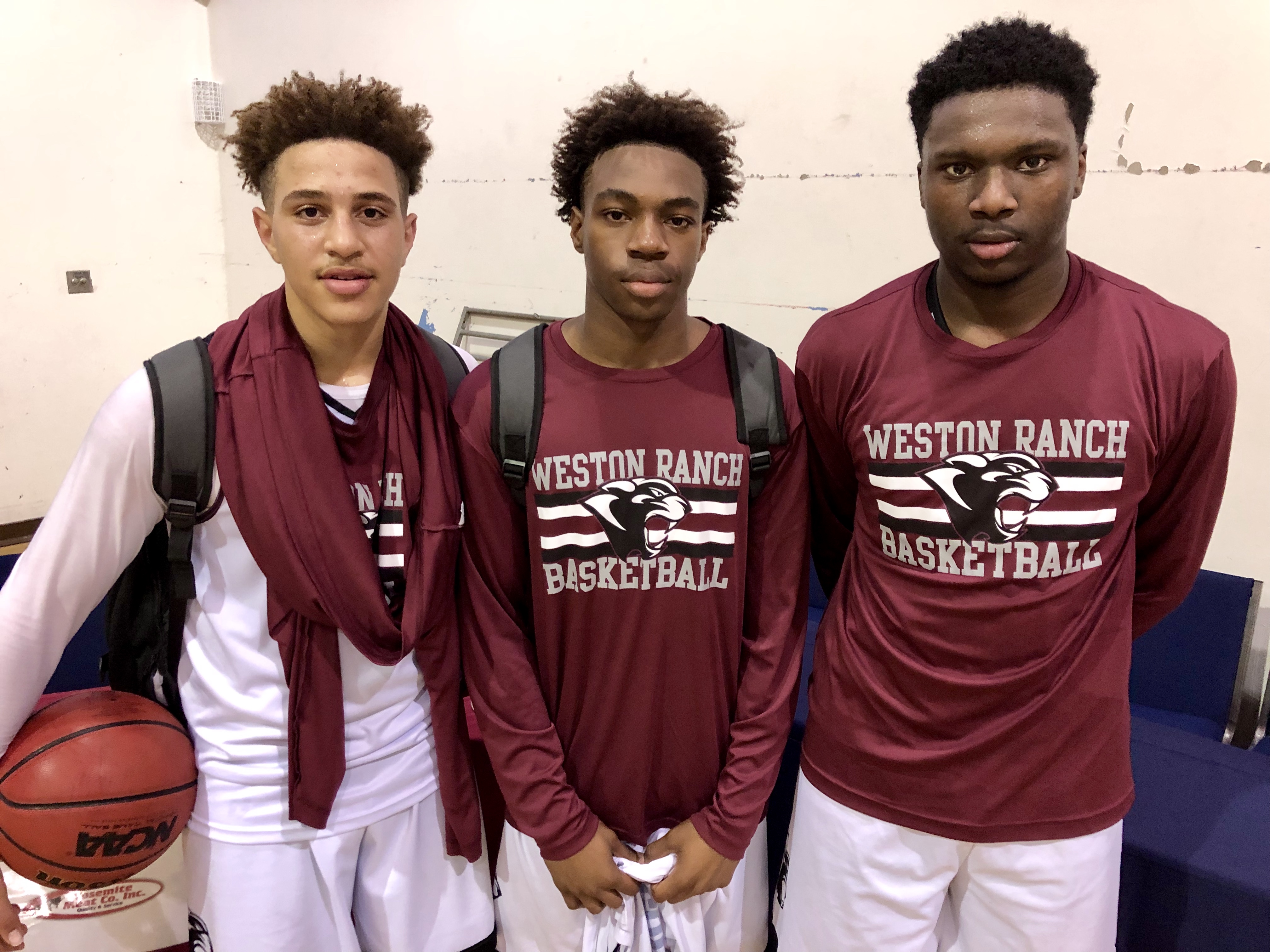 Weston Ranch hasn't lost in two months thanks in large part to the leadership and production from Mi'Son Coilton (left), Donjae' Lindsey (center) and Gavin Wilburn.

Can Weston Ranch jump No. 1 Modesto Christian with another top-5 victory?

1. (1) Modesto Christian (18-6, 8-0): At times, the Crusaders played like one of the nation’s best, pushing perennial power Oak Hill Academy (Virginia) in a loss at the Mater Dei Nike Extravaganza. Modesto Christian returns from Southern California focused on finishing out the regular season and wrapping up its first-ever Tri-City Athletic League title. The Crusaders close with Tokay (Monday), Lodi (Wednesday), St. Mary’s (Feb. 1) and Tracy (Feb. 6).

2. (2) Weston Ranch (22-1, 7-0): Gavin Wilburn and Devin Small had 23 points apiece and Donjae’ Lindsey poured in 19 for the Cougars, who extended their region-best winning streak to 21 games with a 78-76 victory over Manteca on Saturday. Weston Ranch, which hasn't lost since Nov. 29, gears up for another test; this time, a road trip to No. 3 Central Catholic Tuesday.

4. (5) Golden Valley (19-5, 8-0): The Cougars began the second half of Central California Conference play with another resounding victory. Closing in on its first 20-win season in five years, Golden Valley has won all eight of its CCC games by at least 11 points.

5. (nr) Beyer (17-7, 9-1): The Patriots carry a four-game winning streak into the biggest game on the Western Athletic Conference schedule. Beyer, which has qualified for the postseason in nine straight years, hosts league-leading Mountain House on Wednesday evening. The Patriots, led by senior McKay Bundy, are one game back of the Mustangs in the title chase, but in a recent tweet coach Kyle McKim insists a league title isn't the greater goal: "Making it to the playoffs and trying to win playoff games is our only goal every season. Nothing else matters."