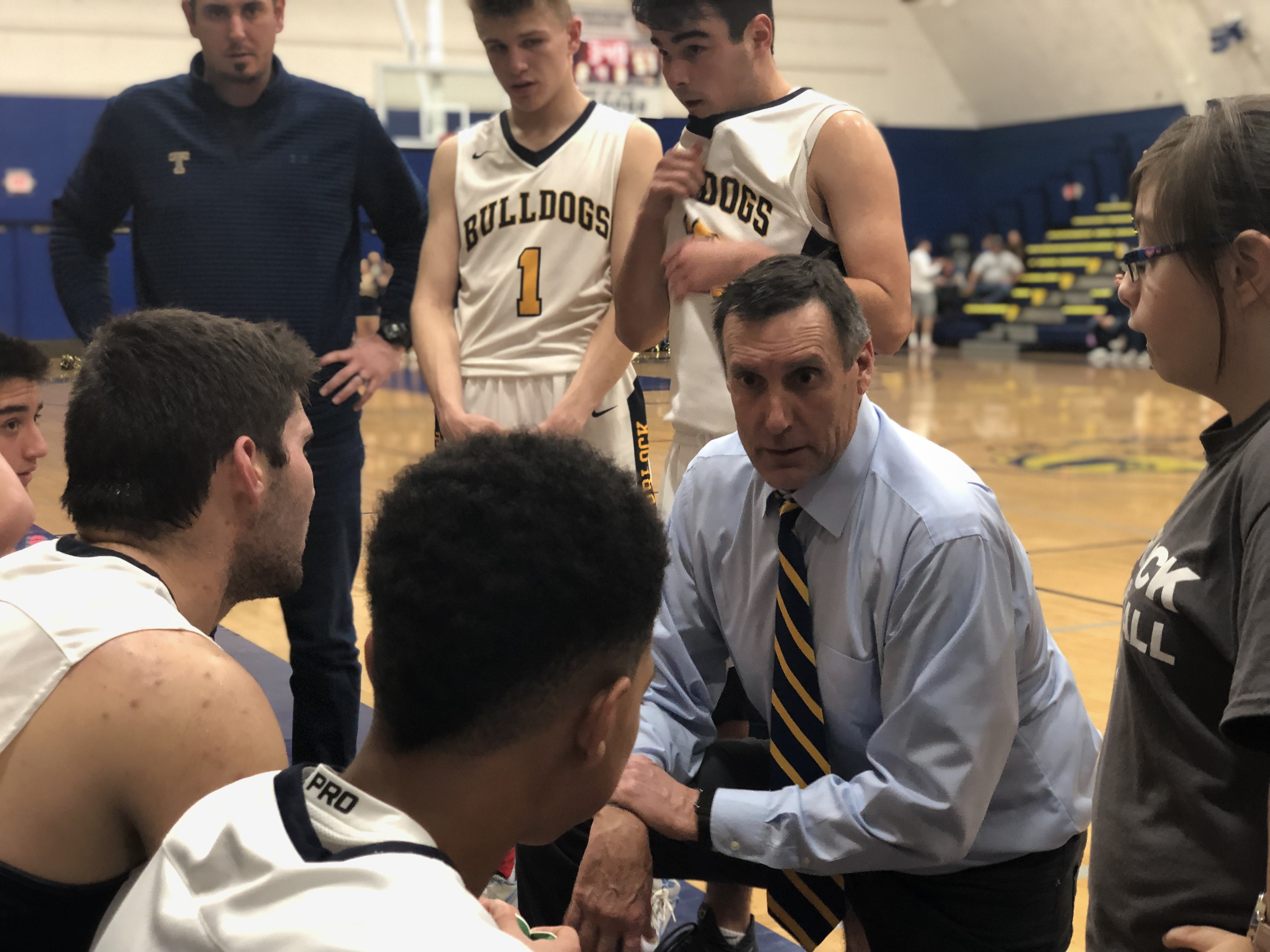 Turlock tops Gregori; CCAL boys' race up for grabs as end of first half draws near

TURLOCK — There’s no such thing as a must-win boys basketball game in January, but for Turlock High, Friday night’s matchup with Gregori was close.

Faced with the prospect of falling two games behind the Jaguars after just four games played, the Bulldogs delivered an 86-74 home victory over the Jaguars to pull even in the race for the first-ever Central California Athletic League title.

It’s a favor for the rest of the CCAL, as well. With Turlock and Gregori now tied atop the standings at 3-1, Enochs and Modesto (which handed Turlock its first league loss) are within a game of the co-leaders, making it a guessing game as to who will be crowned champion when league play ends on Feb. 7

“We felt we kind of gave one away at Modesto,” said Turlock head coach Doug Cornfoot. “We kind of challenged (the players) and told them we have three home games in a row and we’ve got to finish the first half strong because we’re on the road the second half, so we’ve got take care of business here.”

The Bulldogs have wins against Enochs and Gregori in the first two legs of that three-game stretch, with archival Pitman making the trip across town for Wednesday’s 7:15 p.m. tip at Bulldog Arena.

Gregori, meanwhile, finishes up the first half with city rival Enochs. Randy Rubio’s Eagles lost in Turlock 79-66 last week, a score comparable to the Gregori-Turlock final.

“We said that in pregame it’s a must-win game for them and for us, we’ve just got to go out and play great basketball on the road,” said first-year Gregori coach Ryan Green. “We knew it was going to be tough. They’re senior heavy.”

Senior Cameron Sherwood led the Bulldogs with 20 points, while junior Cole Carrigg and Cam Walker had 16 and 15, respectively. They were joined in double figures by Ryan Green (12) and Everett Johnson (11). Gregori, meanwhile, was paced by junior guard Luke McClellan, who finished with a game-high 33, while 6-3 junior forward Julian Brown finished with 21.