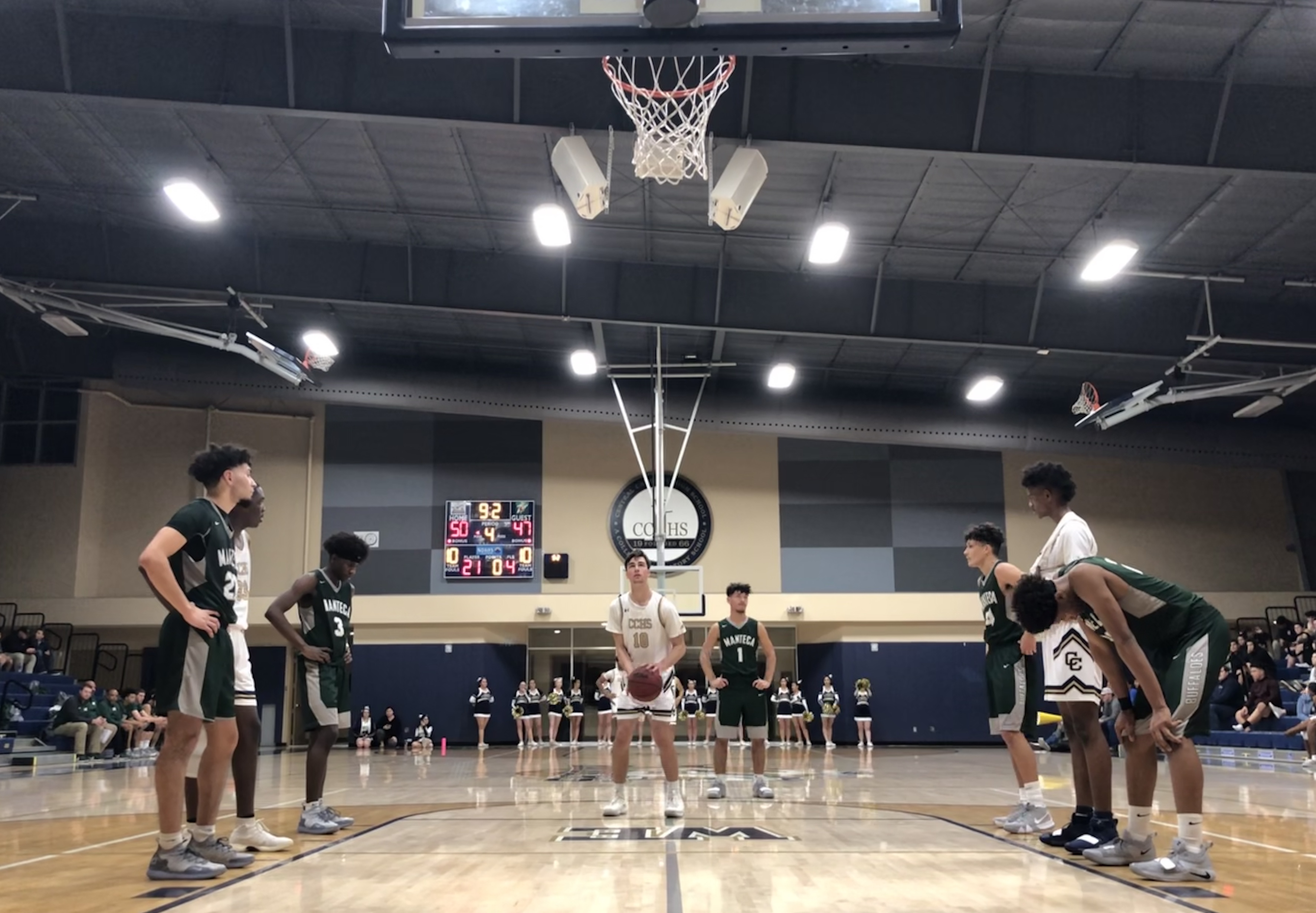 Central Catholic's Justin Traina lines up a free throw in the final seconds of a 52-47 Valley Oak League win over Manteca at the Mark Gallo Gymnasium in Modesto, Calif., on Thursday, Jan 24, 2019.

When Central Catholic basketball coach Mike Wilson goes through the postgame handshake line at mid-court, he’ll usually have a few words for the opposing seniors, if it’s the last time his Raiders are slated to play that particular team.

But Wilson didn’t do that Thursday night. In fact, after the game, he went into the Buffaloes’ locker room to explain the oversight.

“I just went next door and told them that the reason I didn’t say any of those things is I think we’re going to see each other again in the playoffs.”

Many of the Manteca players just nodded, accepting the fact that a third matchup seems inevitable in the Sac-Joaquin Section postseason.

Traina, the Raiders’ leading scorer coming into he contest at 14.5 points per game, was coming off a 38-point effort Saturday against Yuba City at Grant High School’s MLK Showcase in Sacramento.

But Traina’s final four points of the evening were his biggest, coming from the free-throw line with under 20 seconds to play in the game.

Manteca’s Jorge Cedano stifled Traina defensively for most of the evening.

“Cedano was sitting on his shooting arm,” said Wilson of his left-handed star. “That’s what we’d tell our kids to do.”

Manteca did a good job on all of the Central Catholic’s perimeter shooters, limiting the Raiders to just 1-of-16 from three-point range.

For Manteca, Domonick Victor led the way with a double-double, totaling 14 points and 10 rebounds, while brother Isaiah Victor finished with 12 points and eight boards. Cedano chipped in with 10 points