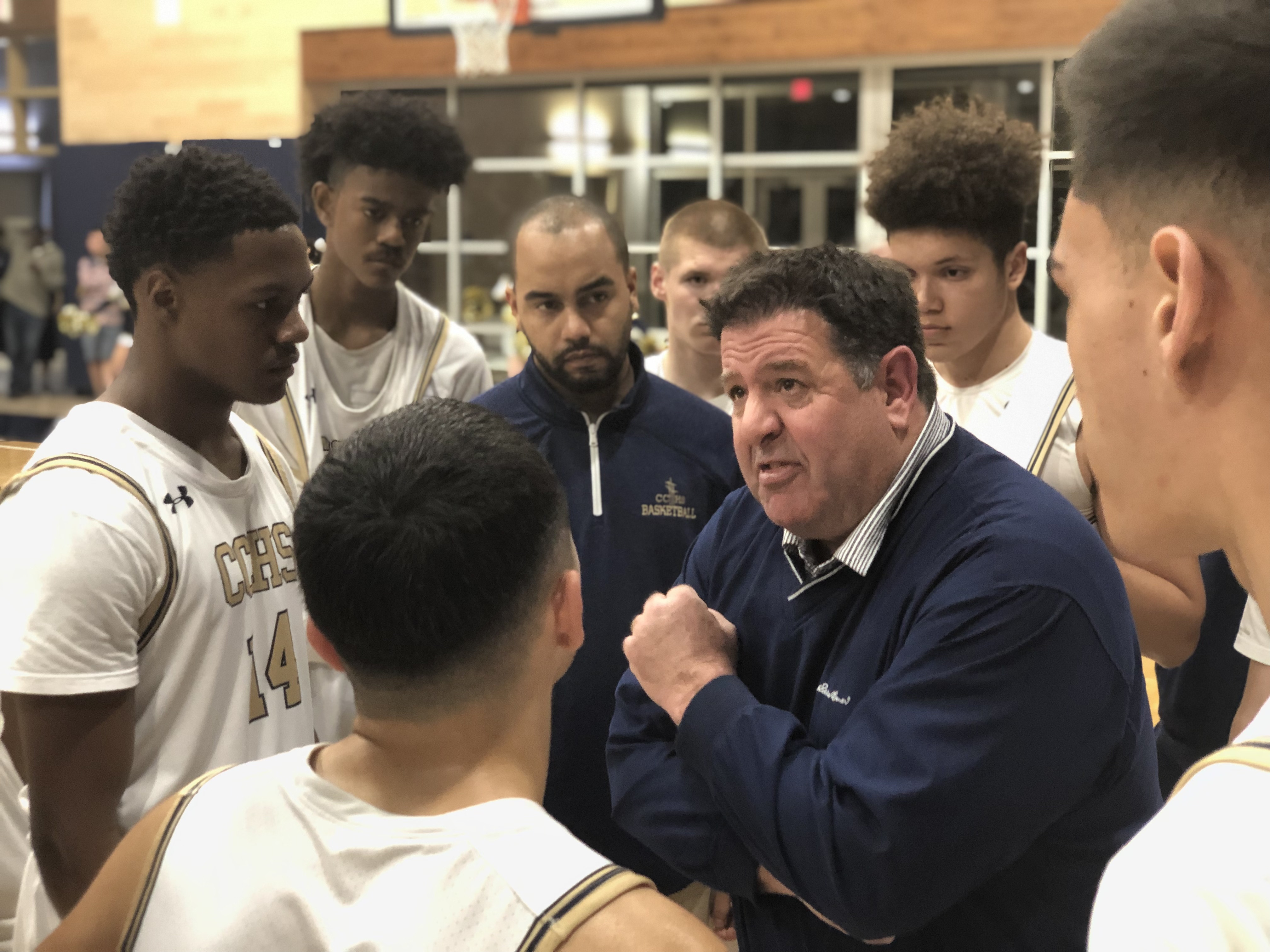 Following Tuesday night’s 54-48 overtime loss to Mountain View in the first round of the CIF Northern California regional tournament, Central Catholic boys basketball coach Mike Wilson stood in the doorway of his office inside the Gallo Gymnasium, and held a brief, impromptu press conference.

One reporter left the campus, thinking Wilson’s statement would stand as his official comments on Tuesday’s game. Another, however, stuck around, knowing Wilson just needed a few minute to process the loss.

“Tell the other reporter to come back,” Wilson said. “I feel bad.”

“He’s already left,” the reporter informed Wilson. “But I’ll call him and share your quotes.”

But really, there was no need.

The warmed-over quotes from Saturday, or any of Central Catholic’s 10 losses  this season— or even some of their victories, for that matter — would’ve sufficed. Wilson tried to warn his team for months.

The Raiders looked as good as they have all season in building a 27-8 lead early in the second quarter. Every missed shot, every loose ball was fought for, every whistle seemed to go Central Catholic’s way. In a span from the late first quarter to late second quarter, Mountain View went roughly seven minutes without scoring a point. In fact, the Spartans (24-4) went more than eight minutes — a full quarter of the game — without a field.

But then, inexplicably, the Raiders stopped doing what they’d been doing.
It’s been an all too familiar problem for Wilson and the Raiders this season.

The Spartans (24-4) a closed the half with a 10-0 run to get within single digits and the provided a psychological lift.

“It was huge going from 19 down to nine going into the half, because I felt like we had the momentum going into the half,” said Mountain View coach Kevin Mack, whose team will play third-seeded University (San Francisco) on Thursday. “It was huge for our guys just to feel like, ‘Hey, we can compete with these guys and we can win this game.’”

The Spartans took the lead with 5:51 to play in the fourth quarter, which means the Spartans, after not scoring a single point for nearly one quarter of the contest, needed just a quarter and a half to erase a 19-point deficit.

Mountain View stopped the Raiders drive-and-dish game and their offense became stagnant as a result.

“That was the biggest problem, followed by foul trouble, was just a failure to be patient,” said Wilson, who pointed out that his team forced shot after shot in the second half. “It’s embarrassing to blow a lead like that, but if you change the way you’ve been having success in the first half … it wasn’t me changing it.”

In the end, Wilson tried to prop up a team that could’ve accomplished so much more.

“We achieved a lot,” said Wilson. “This was, by far, the toughest strength of schedule we’ve had. To win 23 games, it’s a big deal and pretty impressive.”