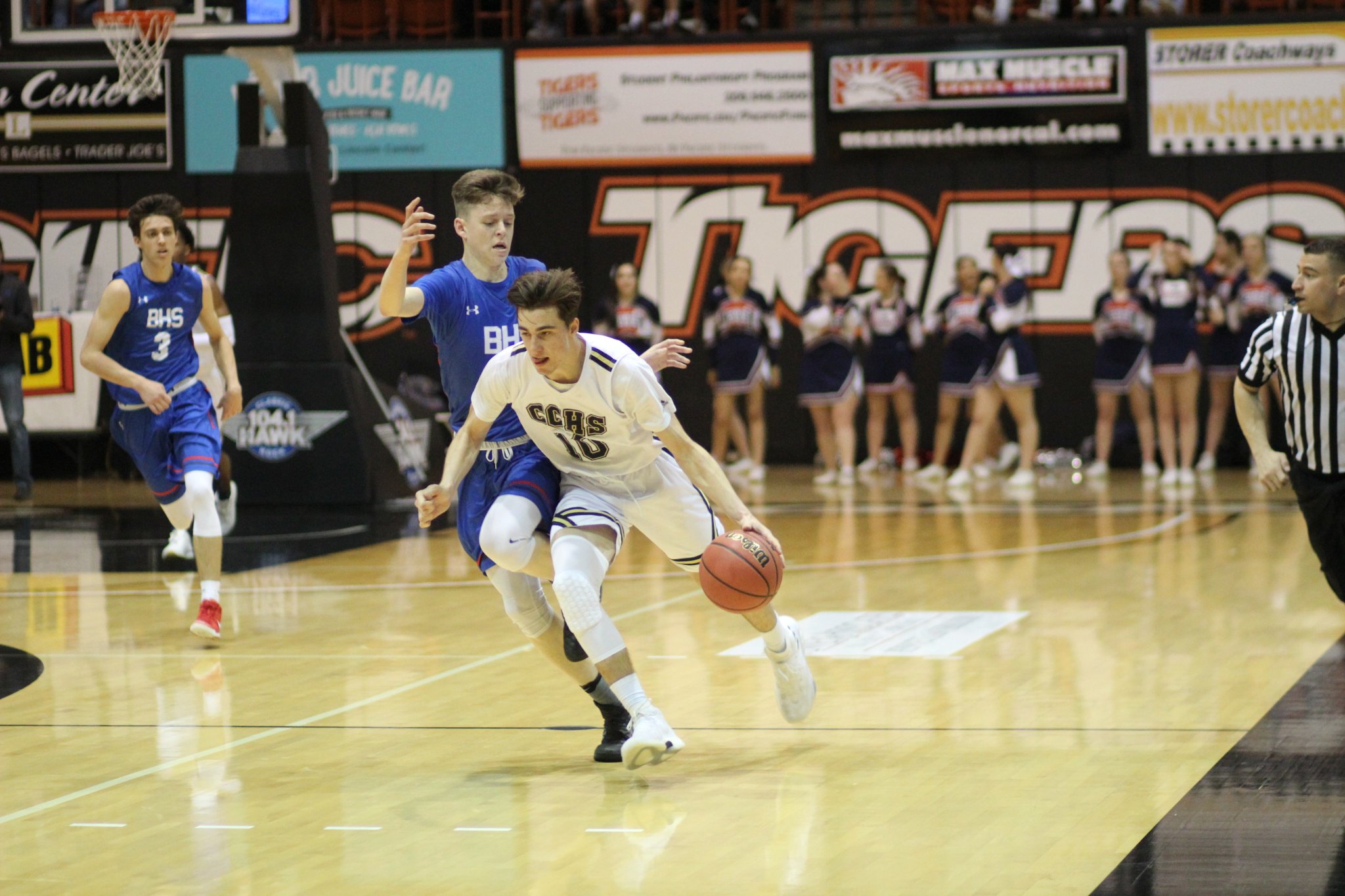 Justin Traina will play a key role for the 2018-19 Central Catholic Raiders, who will host the inaugural Mark Gallo Invitational Dec. 11-15, 2018.

Central Catholic High School's football gets an inordinate amount of time in the spotlight, but that tends to happen when you win four consecutive state championships and are perenially a contender for a Sac-Joaquin Section title.

But don't forget that CCHS also is a basketball school, having played in five section finals since 2012, twice playing for the CIF Northern California championship, and is the three-time defending section champion, taking the Division III banner last year after winning in D-IV the previous two.

And the moment the Mark Gallo Fitness Center was opened on the campus of Central Catholic High School in 2016, head coach Mike Wilson knew that he wanted it to be the centerpiece of a preseason tournament.

"We wanted to get a little bit under our belts as far as getting used to the new gym," Wilson said. "We knew the year before that we were going to do a tournament."

"It's a good cross between local and out-of-town teams," said Wilson. "It's almost an even split. We've got a really wide variety. It filled up within two weeks."

"That was the other thing," said Wilson. "It had to do with scheduling. We wanted to make sure we don't conflict with MC's tournament and people having to make choices and fighting for teams."

The inaugural Mark Gallo Tournament will tip off Dec. 11 and conclude Dec. 15. All teams are guaranteed four games and will play their opener on either Dec. 11 or 12, either in the Gallo Center or the old gymnasium, then all teams will be in action Dec. 12-15 in the Gallo Center.