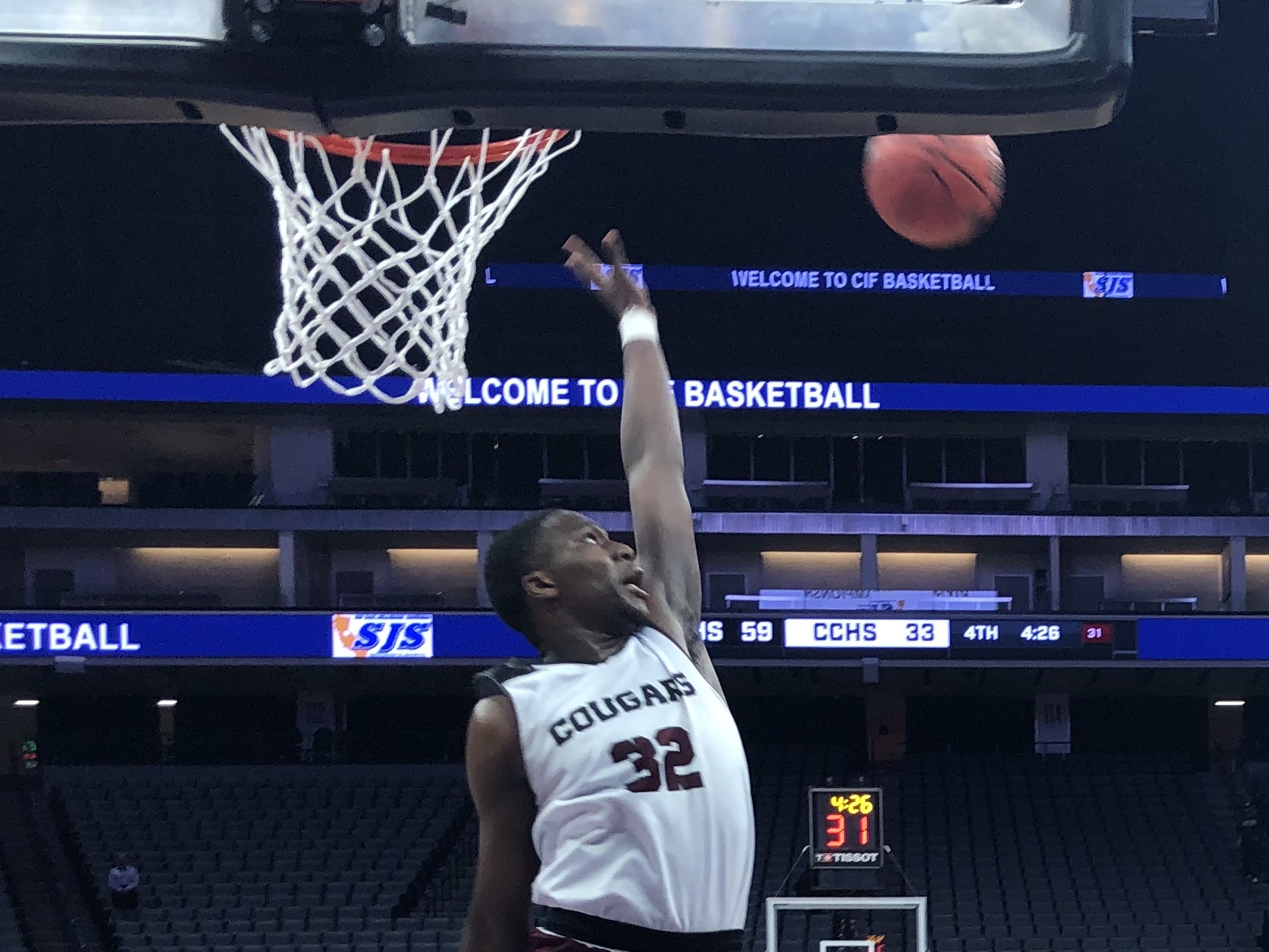 The 2006 Beyer High graduated admitted to being at a crossroads, and needed to examine what the profession truly meant to him.

Ultimately, Teevan decided to come back for his seventh season as the Cougars head coach and it’s been his successful season in school history.

“I wanted to have a part in winning the game,” said Teevan, who is 150-66 in his career. “Where, with this team, we put more trust into the players we have and we let them decide the game, and you do your best to help them out with situations.”

This year’s Cougars mix a balance of brilliance and bravado that comes with having won 30 consecutive games.

It didn’t help matters that Central Catholic lost D’Angelo Bellamy and Charles Hallman midway through the second quarter with three fouls apiece. Hallman picked up his fourth foul just 25 seconds into the second half. With those two pieces relegated to the bench, it left Central Catholic unprepared to face the wave of players coming of Weston Ranch’s bench.

“That had something to do with it,” said Central Catholic coach Mike Wilson. “But a lot of it had to do with just the lack of focus as far as just rebounding. As soon as we started giving up offensive boards — some of those fouls came on that. We’d give up the offensive boards and then we’d foul them going back up.”

But Central Catholic’s season will live on. They’ll find out today their fate as far as the seedings in the Northern California regional tournament.

“The kids are upset or sad or however you want to put it,” said Wilson. “But I brought up Manteca, who lost to these guys four years ago to these guys at this game and went on to win state. You can’t just end it here and say that’s the end of that, because it’s not true. You’re gonna move on. So, let’s get over this. Be sad tonight and move on tomorrow.”

Central Catholic, Weston Ranch and Manteca, in addition to Sierra — all of the Valley Oak League — have enjoyed tremendous postseason success in recent years.

Saturday marked the fifth consecutive year a VOL team has won a section banner. Sierra beat Weston Ranch for the 2015 crown and Weston Ranch came back the following year to beat Manteca in the final. Central Catholic beat Beyer in last year’s D-III finale after having won the D-IV crown the previous two years.

So, for Weston Ranch to win the title by knocking of the reigning champion Raiders must’ve been extra satisfying, right?

“Not really,” said Teevan. “I don’t base my happiness anymore off a win or a loss or or who we beat or who we don’t. It’s important that, whether we would’ve won or lost today, we walk out this happy with ourselves. If you would’ve asked me this three years ago, I was coaching these games for me to be the reason we won. We lost a lot of games because of me. I think now, my happiness, comes just from being around them. So, no, I’m not more satisfied being this team or that team."