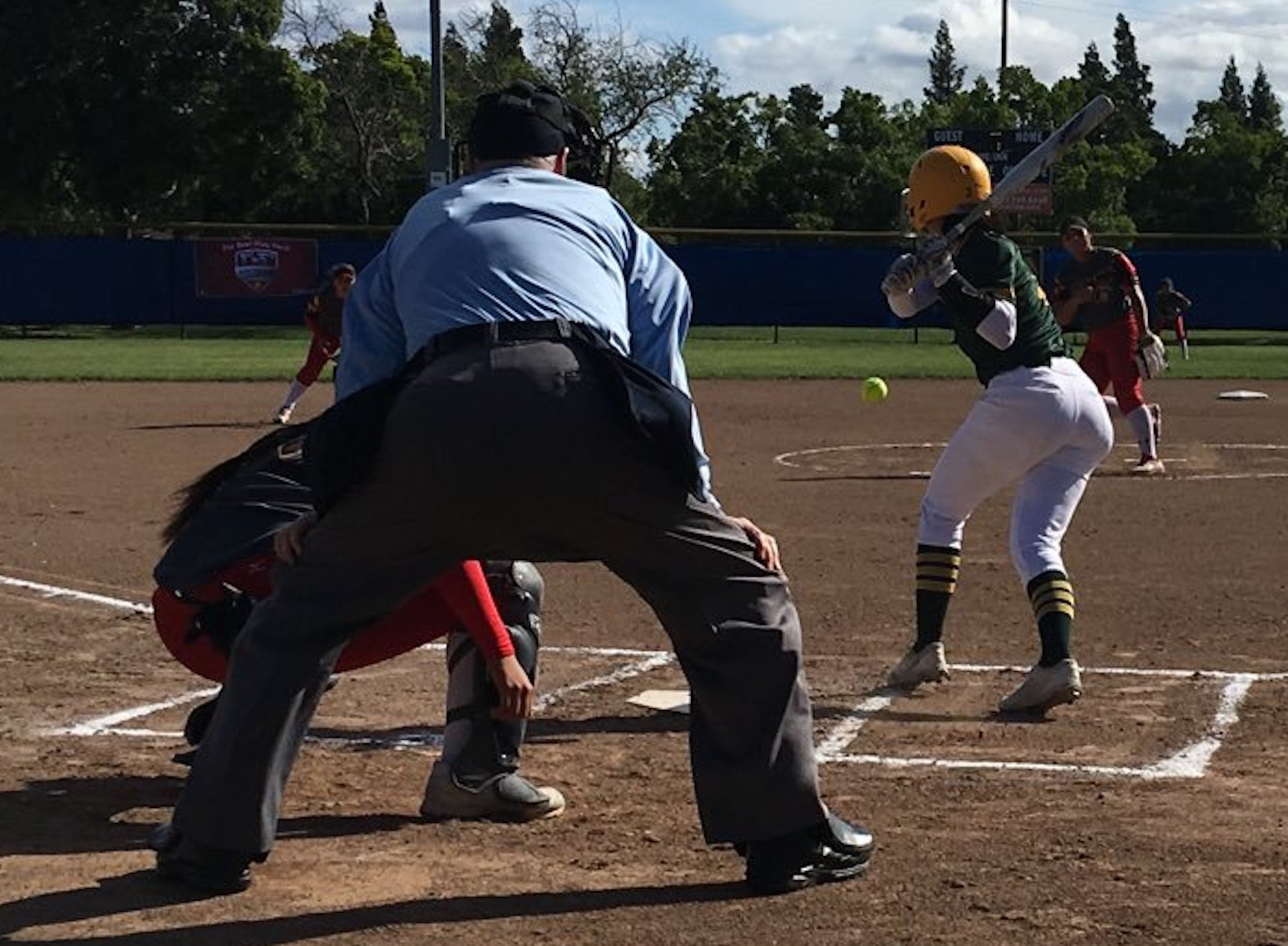 The uncomfortable setting got worse for the Mustangs, the top-seeded team of the Sac-Joaquin Division III Tournament. One rough inning can be costly at this level, and the price was the Mustangs’ first loss of the season, a 2-0 defeat to No. 4 seed Vanden.

Oakdale (25-1-1) and its standout senior pitcher Lexie Webb giftwrapped both runs in the third inning. Two misplayed fly balls into the gusts, coupled with back-to-back wild pitches (the latter for a run) by Webb, eventually toppled the Mustangs.

“That’s not the team we’ve been all year, so it’s pretty disappointing,” Loger said.

Fortunately for the Mustangs, the loss didn’t mean elimination. While Vanden remains in the winners' bracket Wednesday at 5 p.m. against Golden Valley, Oakdale is forced to slog through consolation. The Mustangs must win twice on Wednesday -- beginning with an assignment at 5 against Del Campo -- to reach Thursday's final.

Windswept Arnaiz Field, where four games can be played simultaneously in tight quarters, produced drama. In the other D-III game, No. 3 seed Golden Valley turned a triple play in the sixth inning and held on for a 3-2 victory over Del Campo.

Pitcher Marissa Bertuccio (26-3) was cornered, as Del Campo loaded the bases with no one out. A fly ball over the head of retreating shortstop Vanessa Saltos appeared to be falling safely as the Del Campo base runners sped forward. But leftfielder Kadince Felix hustled in for the catch, tossed to second for the second out, followed by the final out at third.

“I can honestly say that I think I’m still in shock,” Golden Valley coach Ross Cruickshanks admitted later. “I didn’t get all excited like they did because I was still like, ‘What just happened?’”

Bertuccio finished it off in the seventh by getting the final two outs with the tying run at second. A two-run triple in the first by Saltos, supplemented by an RBI hit in the second by Naomi Moore, were all the Cougars (27-3) needed.

Meanwhile on the adjacent diamond, Vanden jumped ahead of Oakdale. That Vanden (19-6), the Monticello Empire League co-champion with Vacaville,  proved to be tough wasn’t surprising. The Vikings reached the Division III final a year ago, losing to Benicia.

Gray further knocked Oakdale off-balance by swatting three hits off Webb. The Oakdale star responded by striking out 13 but gave up seven hits.

“We respect her (Webb) 100 per cent, but at the same time we feel we’re just as good,” Vanden coach Anthony Trujillo said. “We put the ball in play and good things happened.”

Oakdale greeted Gray in the first by putting runners on second and third after Webb’s double to right. Gray answered by striking out Cortney Koelmans and Emily Smith.

In the fifth with two on – moments after Webb’s fly ball to right fell barely foul – she bounced out to short.  Gray then retired the final six.

Oakdale still can claim its first blue banner since 2014. Only now, the Mustangs must do it the hard way.

“I think we’re a lot better than how we just played,” Loger said, “so we’ll see tomorrow.”