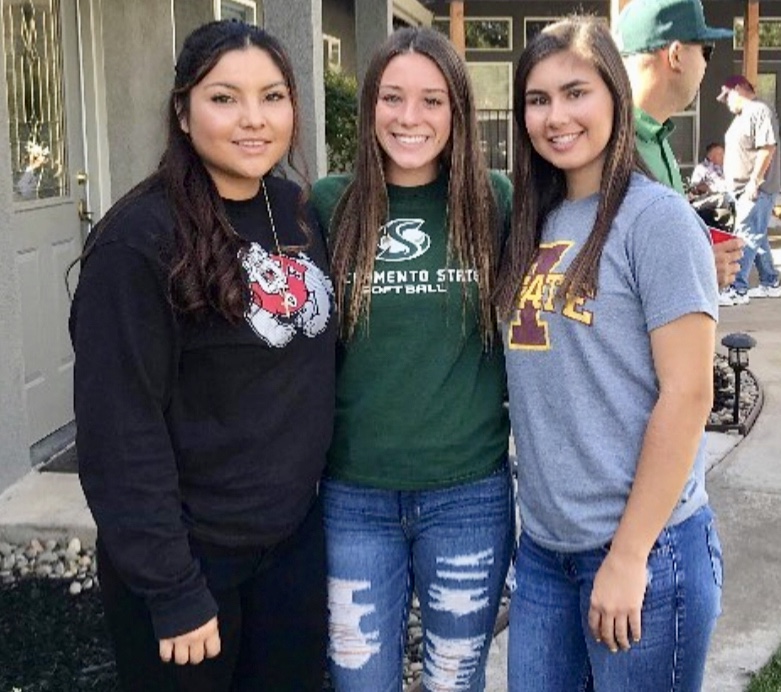 STOCKTON – Marissa Bertuccio and Lexie Webb have talked about this moment for a long time. They wondered, for starters, if it would ever happen.

Bertuccio of Golden Valley and Webb of Oakdale, the area’s premier pitchers, will match up for the highest stakes – the Sac-Joaquin Section III softball title.

They’re more comfortable as teammates and friends on the NorCal Batbusters travel team, but summer can wait. The top-seeded Mustangs (27-1-1) and the No. 3 Cougars (28-3) will vie for a blue banner Thursday at 5 p.m. at Arnaiz Softball Complex. Golden Valley needs to win only once, while Oakdale must force a second game and sweep.

“I’ve been looking forward to this since the start of playoffs,” Webb said Wednesday night at the end of a long day in the circle.

Webb admitted to some fatigue, and why not?  She had just finished 14 innings with her team teetering near elimination. Webb and the Mustangs could not afford a mistake – unlike their miscue-ridden 2-0 loss Tuesday to Vanden – and they proved their mettle.

A taut 3-2 win over Del Campo kept the Mustangs alive. Then came the revenge rematch vs. Vanden, and Oakdale delivered a 3-1 win under the lights, a victory anchored by Webb’s two-run homer.

For the day, Webb (17-1) struck out 17 and appeared to grow stronger in the second game. The Oakdale defense supported her with an errorless day, finishing off Vanden (19-8) with a double play.

“It shook us a little,” Webb said in reference to Oakdale’s windswept first loss the day before. “We talked about it and decided to play loose. We had nothing to lose at this point. Everyone just calmed down and enjoyed it. We had a blast tonight.”

So did Golden Valley, which logged far shorter hours.  The Central California Conference co-champions shocked Vanden 12-2 and clinched the win with a mercy-rule 10-run fifth. The game-ending blow was a grand slam by sophomore Maddy Stokes, whose first homer run of the season sparked a celebration.

“I’ve been struggling lately, and I was thinking, ‘I have to have at least one good hit in these playoffs,’” she said.

Golden Valley will pursue its first section title. Coach Ross Cruickshanks, one year after the Cougars reached the playoffs for the first time in 12 years, fortified the roster with underclassmen such as Stokes.

A stronger lineup featuring the prolific Bertuccio has the Cougars thinking big.

Brittany Bye’s double to the wall in left put Oakdale in front, and Emily Smith drove in two with her own double. Del Campo rallied for runs in the fourth and fifth, but Webb shut the door by retiring the final eight.

The Mustangs jumped ahead of Vanden in the second inning when Smith singled and scored on Ortiz’s RBI hit up the middle.

Oakdale applied more pressure on both opponents this day, especially Vanden lefty Hazyl Gray. She shut out the Mustangs on three hits Tuesday, but Oakdale put the ball in play more often in the rematch.

Webb barely missed a three-run homer to left in the third, but an adjustment in her next at-bat reaped a rich harvest. Her two-run shot down the right field line, preceded by a walk to Bye, gave Oakdale breathing room.

“I scooted up toward the plate and crowded it, so if she went inside I could foul them off,” Webb said. “She (Gray) finally gave me one.”

The victory ended a four-game losing streak to Vanden in the tournament. Oakdale coach Larry Loger figured his team would leave behind the previous day’s disappointment.

Webb and her teammates will need a good night’s sleep. For the second straight day, they’ll face a longer day than their opponents if they want the title.