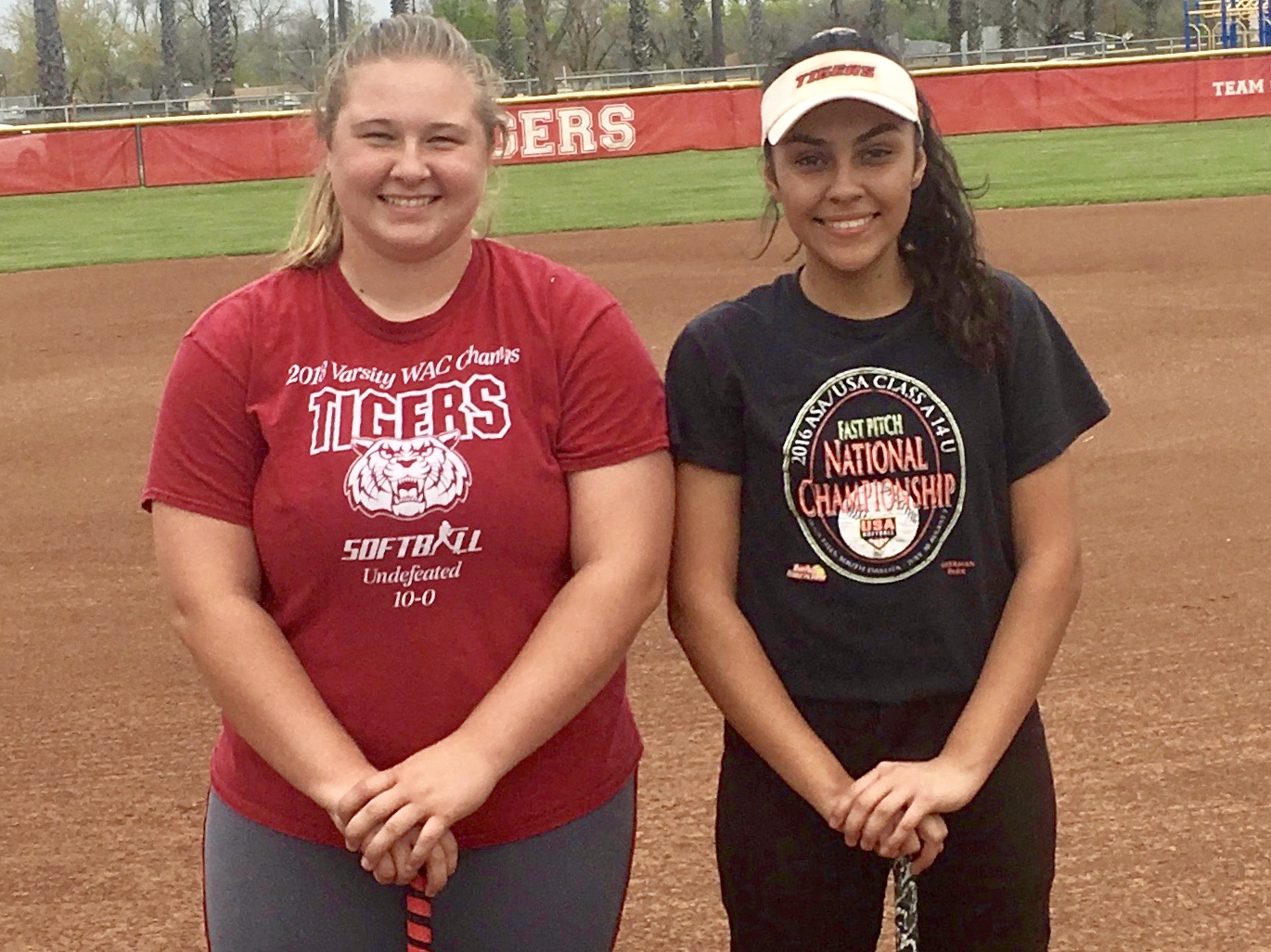 Carolyn Dallimore (left) and Delihla Garcia have combined for 10 home runs and 41 RBI for Patterson, which closed the regular season on a three-game tear.

1. (1) Oakdale (23-0-1): The Mustangs rallied for a 10-3 victory over rival East Union, clinching an outright Valley Oak League championship and an unbeaten regular season.

2. (3) Enochs (18-4-1): The Central California Athletic League champions look to extend their winning streak t six games with a victory over rival Gregori in their regular-season finale.

4. (9) Patterson (14-8): The hard-hitting Tigers closed the season on a three-game winning streak, including a stunning 3-0 victory over Golden Valley to clinch at least a share of the Central California Conference title in its first season. Patterson's jump in the CCC standings coincides with its big leap in the Top 10.

5. (5) Atwater (18-6): The Falcons fell out of the running in the Central California Conference with a 2-0 loss to Golden Valley. Atwater closes the regular season Wednesday at crosstown rival Buhach Colony.

6. (6) East Union (14-9): The Lancers had the state-ranked Mustangs on the ropes, leading 2-1 in the sixth inning but couldn’t complete the biggest upset of the season. East Union closes the season with three games in three days, beginning with Central Catholic.

8. (4) Turlock (16-8): The Bulldogs fall in the rankings after losing three of their last five games. Turlock looks to curtail the slide with a victory over Downey in their regular-season finale.

9. (7) Merced (13-7): The Bears survived a thriller with Central Valley, clubbed Buhach Colony by a score of 30-6, and then bowed out of the CCC title chase with a 9-6 loss to Patterson. A wild three-game stretch with wide-ranging emotions.

10. (nr) Beyer (12-7): Beyer supplants Pacheco in the No. 10 spot after leading wire-to-wire in a 4-3 win over the Panthers. Nakaya Brown drove in two runs and Paige Fisher went the distance for the Patriots.