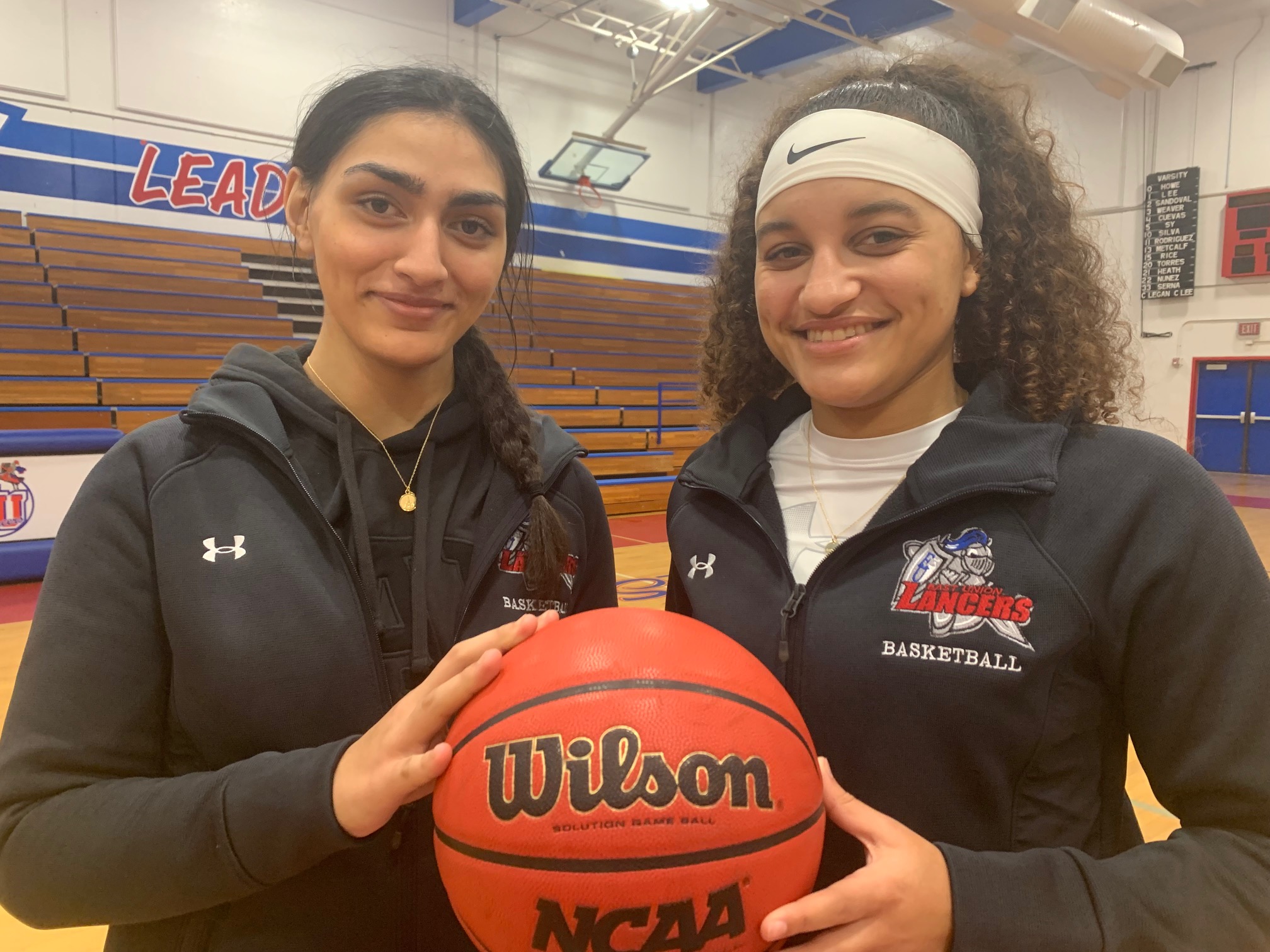 Both are juniors and both have starred since they enrolled at EU. It’s no accident why they’ve developed into one of the area’s best backcourt tandems. They run the court with confidence and the knowledge that either one can step up and make the big play.

“I love playing with Lani,” Snaer said. “When she gets a rebound and I’m running down the court, she’ll look up and hit me with the pass for a layup. That really gives me confidence.”

And it all begins at home.

Snaer is boosted by some impressive athletic genes. Her father is Demitrius Snaer, in his 13th season as track and country coach at Modesto Junior College. He has succeeded everywhere he’s gone – one of the best sprinters in East Union history, a state and national champion at San Joaquin Delta, an All-American and Hall-of-Famer at Fresno State and a bushel of titles and honors over the years at MJC.

“He can still beat me in a sprint,” Taylor said. “When he gets older, I’ll get him.”

Then there’s older sister Jadyn, who won sprint titles at East Union and for her father at MJC. She now runs for Cal Poly, San Luis Obispo. For competition – pick a sport — Taylor doesn’t look far beyond the family dinner table.

It’s more of the same at the Tuuga household. Joining Lani and Snaer in East Union’s lineup is sister Ala Tuuga, a senior and a two-time All-Valley Oak League selection. The hoops DNA streams even deeper with older sister Tia Tuuga, an All-VOL standout on East Union’s 2012 championship team.

But Lani dedicates every basket to the memory of her father Palma, who passed away eight years ago.

Tuuga and Snaer, the latest foundation of one of the region's most consistent programs, have inspired more than a few fans at East Union. As freshmen in 2020, they guided East Union to a VOL title and a 25-5 record. Tuuga was named the league’s MVP and Snaer earned all-VOL honors.

They went 9-1 during the makeshift schedule last spring and, not surprisingly, figured to be strong this season. So far so good. They’re 14-2 overall after 11 straight victories and 4-0 in the VOL, but it’s been far from a smooth ride.

Snaer missed the first five games due to an ankle injury. The team stopped all activities due to a COVID outbreak, and Ala Tuuga didn’t become eligible until last week.

They’ve weathered the setbacks with dogged competitive spirit. In non-league play, Pitman netted 10 3-point baskets before East Union rallied to win. The Lancers then swept four games for the title of the Tracy Breakfast Lions/Tom Hawkins Tournament, but not before a wild first-round game.

Mission San Jose scorched the East Union defense for 13 triples, only to see Tuuga and Snaer rally their team in the final minutes. Tuuga took home the tournament MVP while Snaer and teammate Lauren Pablo made all-tourney.

East Union’s fast start in the VOL has been hard-earned with road wins at Kimball and Manteca. The Lancers whittled down a large deficit against the Buffaloes, and Tuuga’s game-tying 3-pointer with 25 seconds left led to a 63-62 win.

Tuuga averages 17.8 points per game, just ahead of Snaer’s 15.2. Together, they combine for eight steals per game with their fast hands. Tuuga’s long passes to Snaer have become a team trademark, and both can hit from distance or drive into the paint. The EU guards think they can reach a higher level as Ala Tuuga sharpens her game.

“Our defense has improved a lot lately. We have work to do,” Tuuga said. “Manteca was our first game back from quarantine. I have to keep working on my skills.”

Tuuga spent last summer with the Stockton Mustangs while Snaer traveled the nation as a member of the elite Jason Kidd Select team sponsored by the former Cal and NBA star. For the EU pair, basketball isn’t just a seasonal hobby.

“We’ve just got our team together. We need more practice and more reps,” Snaer said. “Hopefully, we can make a good run into the playoffs. We’re definitely not as good as we can be.”