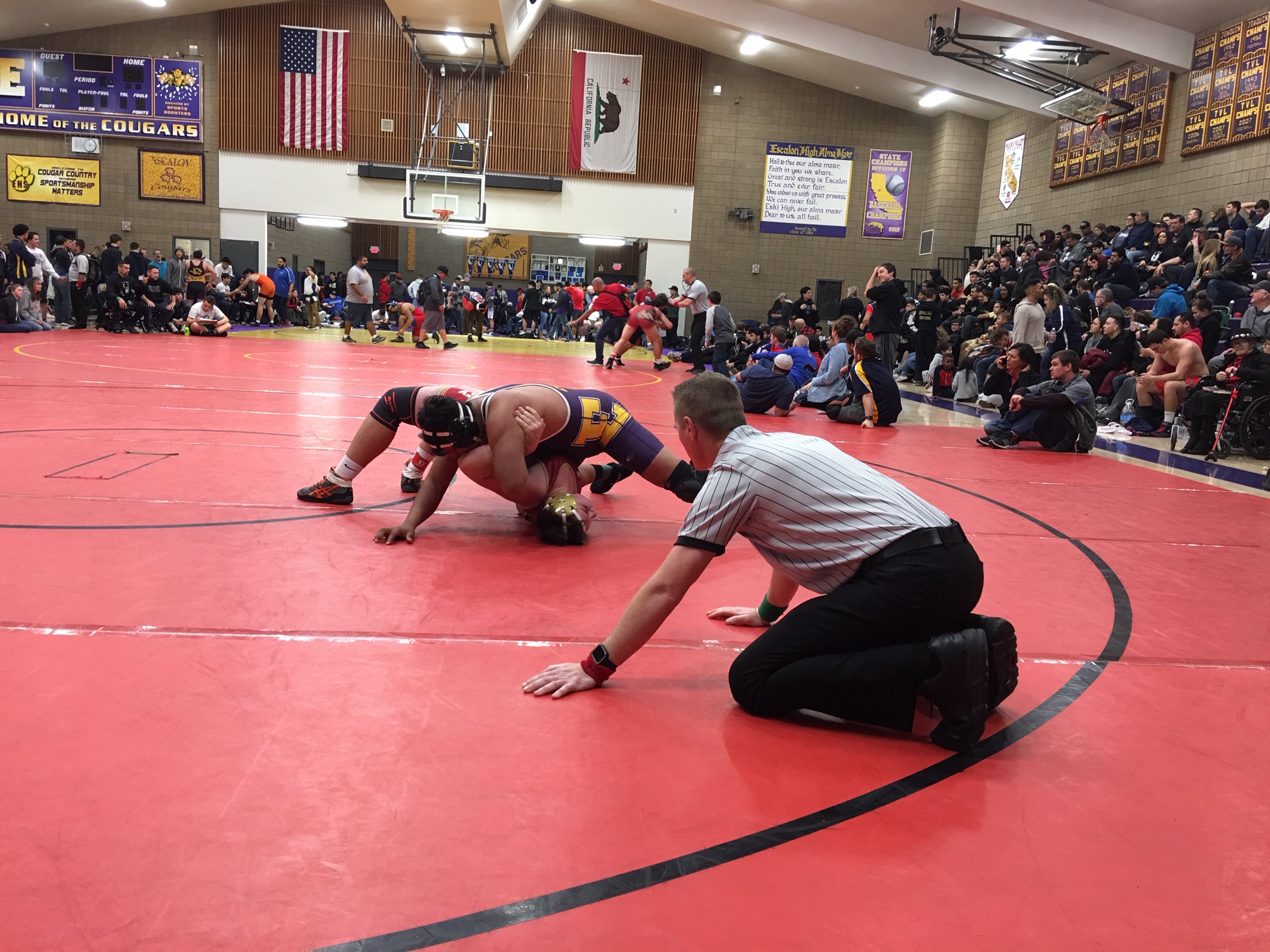 Midway into the season, the area’s high school wrestlers are moving up the rankings.

The California Wrestler released its latest Sac-Joaquin Section rankings after the weekend’s flurry of tournaments, and eight reside at the top spot: Brayden Abell of Oakdale (106), Izzy Tubera of Pitman (120), Sammy Silveria of Pitman (145), Kendall LaRosa of Pitman (152), Henry Porter of Oakdale (126), Gabe Martinez of Oakdale (170), Cody Golding of Oakdale (182) and Elliot Houghten of Calaveras (195).

Porter, a sophomore, also is ranked No. 1 in the state. Both he and teammate Martinez were state finalists in 2018.  Abell is third in the state.

Oakdale, ranked ninth in the state, was edged by Spanish Springs of Sparks, Nev., by 2.5 points for team honors at the Tim Brown. Turlock placed third and Calaveras was seventh.