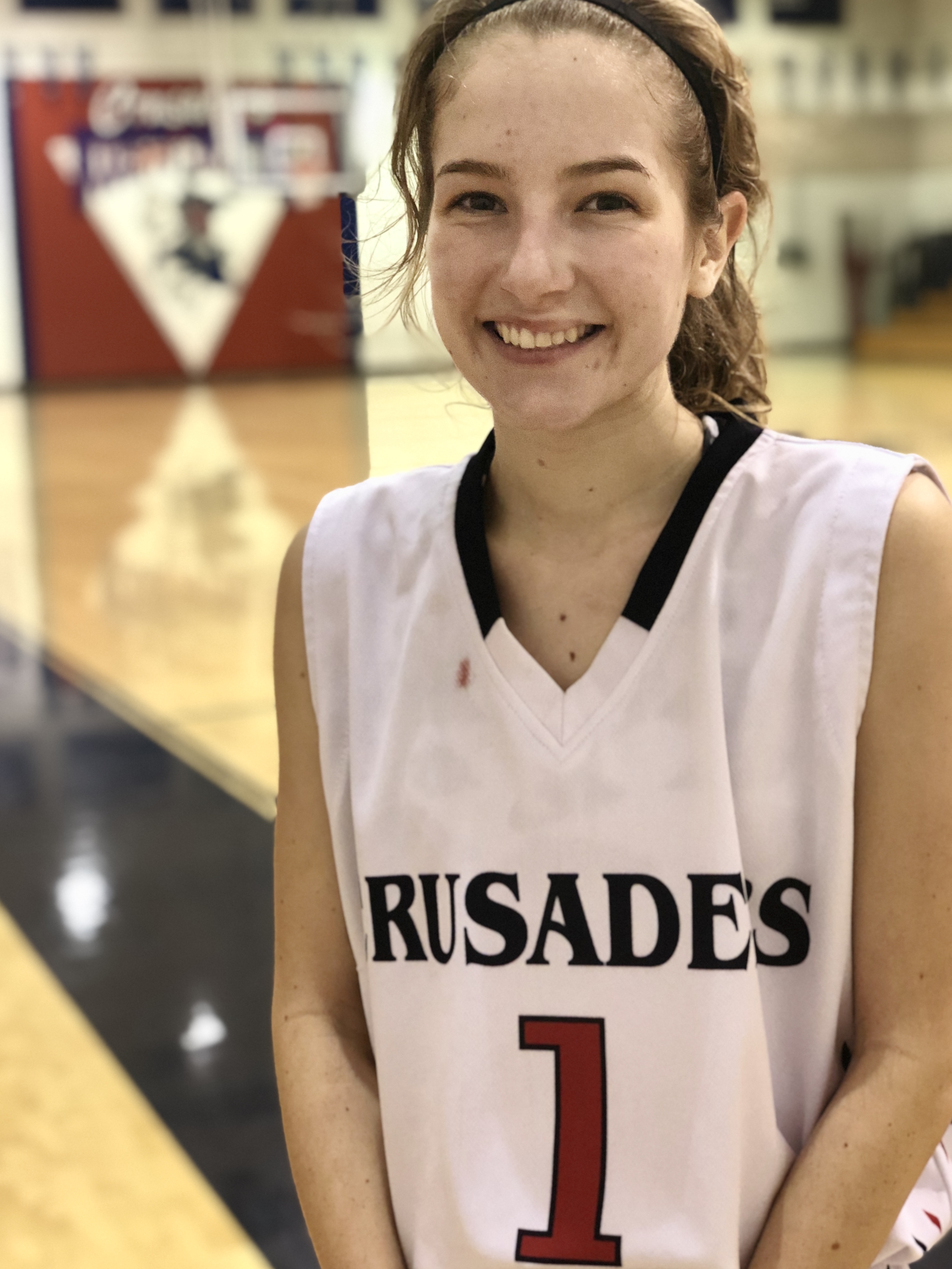 Fat lip. Blood on her jersey. Nothing would stop MC senior in 'payback' win

Tilbury, a dead-eye shooter with more sweat invested into the program than any other player, knocked down five 3-pointers, including back-to-back triples during a decisive third quarter run as the Crusaders exhausted Beyer, 66-47.

Modesto Christian (7-9) snapped a two-game losing streak to the Patriots (14-5), who swept the Crusaders last winter to force a title share in the now-defunct MMC. The losses were significant, too, as they were the Crusaders’ only losses ever in the MMC.

"I think there was some anxiety. You know how it goes. You lose and you want payback, but it ain't about that," Modesto Christian coach Robb Spencer said. "It's about moving on. No one is perfect. Everyone loses. You just have to learn from it and move on."

The anxiety was put to rest on Saturday afternoon as Modesto Christian overcame another setback to 6-foot-4 center D’aja Bryant, who tweaked her surgically repaired knee earlier in the week. She didn't play against the Patriots, but did suit up and participate in warmups.

Not with Tilbury and Co. pushing the pace.

The game was close for only a half, and then the run-and-gun Crusaders caught fire early in the third quarter. Modesto Christian led 25-22 at the intermission, but used a 14-5 charge to seal a non-league win over a program on the rise.

Tilbury led the way with 17 points, a fat lip and a jersey stained in blood — "That's a beautiful day," quipped Spencer. She got cooking early, canning three 3s in the first half, and then buried consecutive treys in the third quarter to propel the Crusaders.

"It stung pretty well, because the culture here and the tradition," Tilbury said of last season's losses to Beyer. "It made us want to work 10 times harder."

Tilbury's energy — along with her touch from range — turned the tide for the Crusaders. After burying those 3s, Tilbury dove out of bounds for a ball, and then picked up a steal in transition that led to another easy bucket. At some point, she head-butted another girl, picking up a fat lip.

When the dust finally settled, Modesto Christian had scored 22 points in the quarter, nearly doubling its output in the first half.

"That's the MC tradition, where everybody steps up whenever it's needed. She's been behind the scenes for a long time, but it seems like in all of our big games she steps up and hits that shot," Spencer said of Tilbury. "She's always that steady presence who is going to throw her body out there and do whatever it takes to win."

She knows no different.

Tilbury has been a part of the Crusader program since seventh grade, evolving from a role player into a leader for a team that has eight underclassmen, two transfer guards (Nia Boston and Julissa Casillas) and now some uncertainty at center (Bryant). Once the Warwick twins, Nicole and Meagan, graduated in 2017, Tilbury said she could sense her opportunity to take the baton was near.

"I needed to take ownership," she said, icing a swollen upper lip. "The things I've learned can help the girls who are new."

Since losing seven of its first nine games, Modesto Christian has won four straight, including three in a row in Tri-City Athletic League play. The Crusaders host national power St. Mary's of Stockton on Monday.