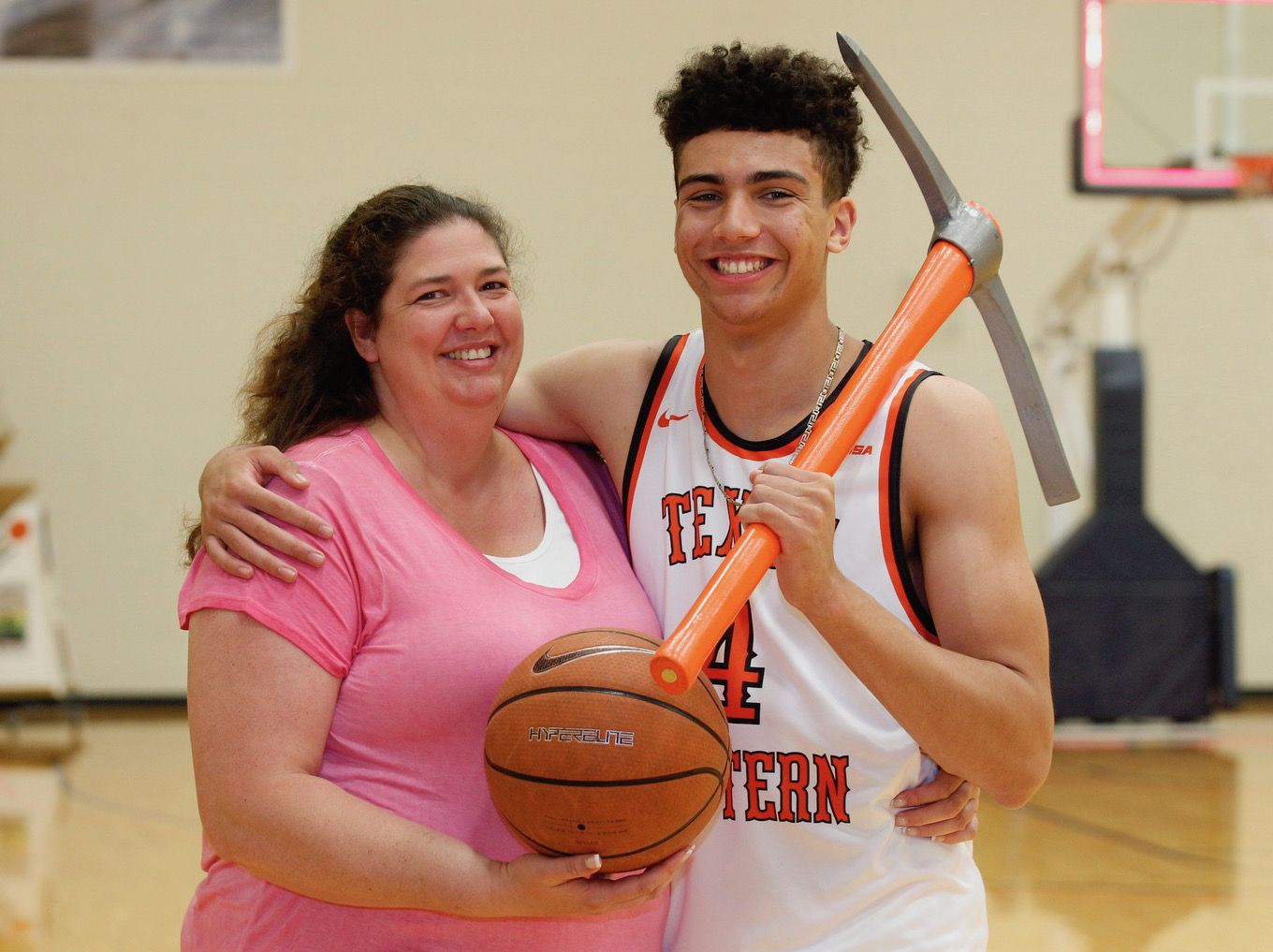 Former MVP VOL leaves Duquesne for UTEP: 'This is where I need to be'

The 6-foot-8 forward has transferred to the University of Texas, El Paso (UTEP), tweeting his decision with a series of photos under the message “Glory road bound.”

In one of the photos, Verhoeven wore a Miners uniform and clutched his mother, Jodi Verhoeven, in one hand and a toy pick-ax in the other.

The announcement brings to a close a brief run at Duquesne University, a Division I program rooted in Pittsburgh.

“Going through the (recruiting) process the second time you have a better understanding,” said Verhoeven, who will have to sit out a year. “With UTEP’s style of play, it’s a better fit for me because of my versatility. At Duquesne, it was somewhat limiting.”

Verhoeven started 27 of 32 games for the Dukes last season, but left the school on March 30 after what he called a period of reflection, according to the Pittsburgh Post-Gazette.

“After the season, I really started reflecting on how I was used and how I played,” Verhoeven told the Post-Gazette after his release from the university.

“It was a process, a lot of good stuff, a lot of bad stuff, but I felt like it was the best thing for me to move on and request my release.”

With his 7-foot wingspan, Verhoeven developed quickly into a defensive dynamo in the Steel City. He averaged 3.1 points and 3.3 rebounds per game, but it was his ability to change and thwart shot attempts that earned his conference and national fanfare.

Verhoeven averaged 2.2 blocks, tops in the Atlantic 10. He had nine blocks in a double overtime win over George Mason on Jan. 20 and seven blocks in a loss to Robert Morris on Nov. 19. He scored a career-high 21 points in a win over Saint Louis on Feb. 28.

“It was the experience I got there,” Verhoeven said of his time at Duquesne. “I played in all of the games, so having that experience is vital. From the speed of the game and the atmosphere, I learned how to conduct myself.”

Despite those flashes of brilliance, the former Buffalo star believed a change of scenery — and style of play — would be in his best interest.

He sought a system that could maximize his versatility and allow him more freedom on the floor. At Duquesne, Verhoeven said he was anchored on the low block.

“Being in high school and AAU, I was used to being versatile and playing multiple positions all over the court,” Verhoeven said. “(Duquesne) wanted me to be a big man over there. That wasn’t the best fit for me. To show my versatility, I felt like I had to make this move.

On Saturday, Terry finally got his man.

“It speaks a lot to offer me at such young age and the recruit me again, even after I didn’t take the first offer,” Verhoeven said. “That shows loyalty. Being on that visit, we clicked. This is where I need to be.”

Verhoeven was the 2016-17 Valley Oak League MVP after guiding the Buffaloes to a league title. He averaged 16.5 points, 12.7 rebounds, 6.0 blocks and 3.2 assists, and ranked among the Sac-Joaquin Section’s leaders in double-doubles with 21 in 31 games.

He was a nightmare for opposing coaches — a long and lanky point forward who could initiate the offense, defend the block and the perimeter, and score with regularity from any point inside the 3-point arc.

Manteca High coach Brett Lewis applauded Verhoeven for having the courage to reopen his recruitment.

“I like the move,” Lewis said. “Tydus wanted to be in a position to use his full skillset and he wasn’t in that position at Duquesne. That was really important to him. I back him on it, 100 percent.

“He set out to find schools that would allow him to play multiple positions and not pigeon hole him, and he found a good fit … especially with a guy that knows him and has followed his since his high school career.”