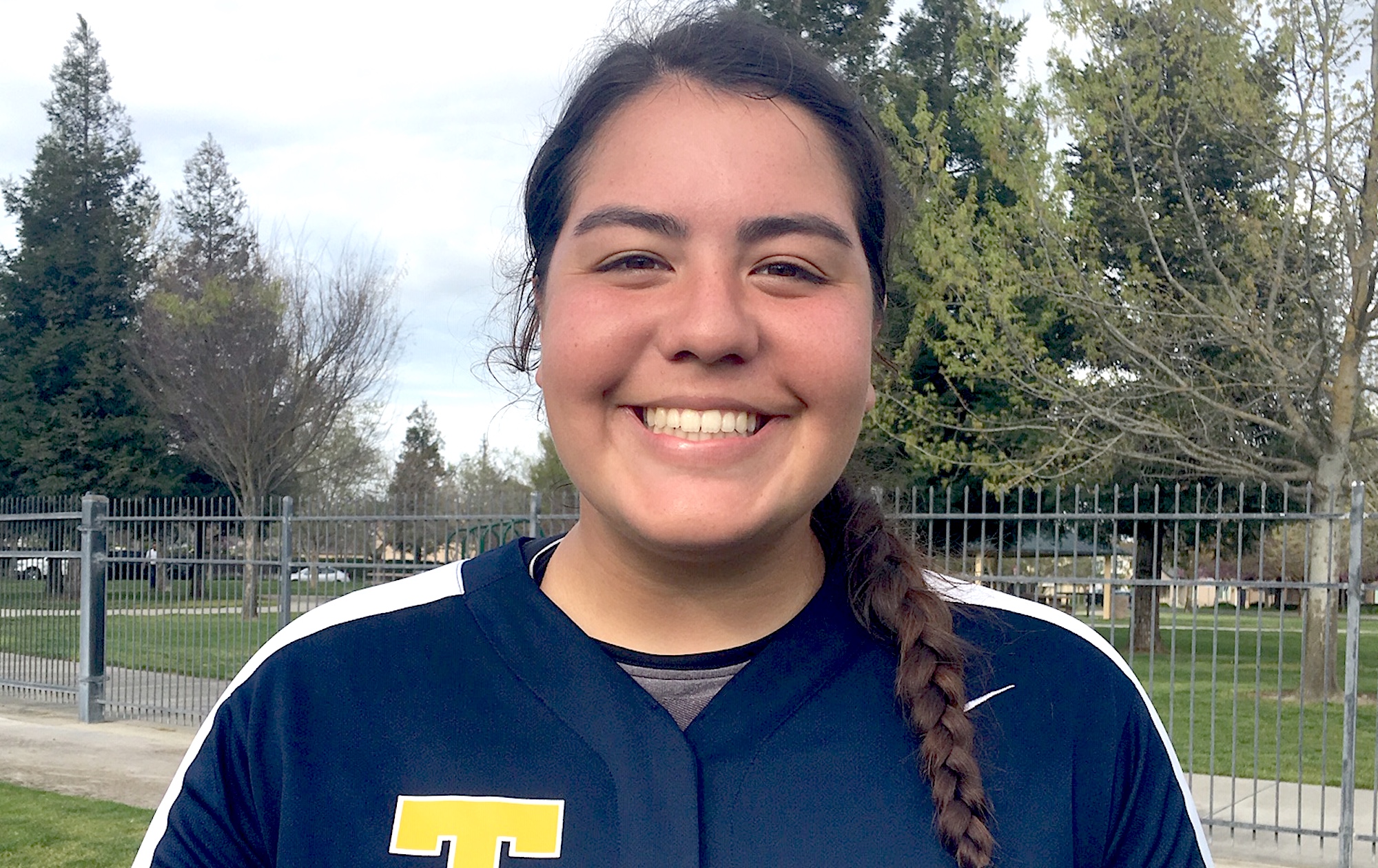 Senior Shelby Frutoz has been sensational during Turlock's three-game winning streak, striking out 26 with no walks.

It was a dramatic week for the top large-school teams in the region.

Atwater made Golden Valley's Marissa Bertuccio look human in a 6-1 victory. The Falcons pounded the Sac-Joaquin Section's strikeout leader for 15 hits, but couldn't supplant the Cougars at No. 2 because of losses in two of their next three games.

Golden Valley showed its championship mettle by winning the Best of the West tournament in Southern California.

Turlock vaulted into the top-five thanks to the pitching prowess of Shelby Frutoz, whose late-season push could signal a change in power in the Central California Athletic League. The Bulldogs' surge coincides with Enochs' struggle. The Eagles slip in the poll after losing two straight and watching crosstown rival Gregori walk off with a 7-4 win.

Here's a closer look at this week's large-school top-five and a peek at the teams knocking at the door:

1. (1) Oakdale (14-0-1): It was a good week for the Mustangs’ battery. Lexie Webb was overpowering in a 5-2 victory over Valley Oak League rival East Union, a loss that dropped the Lancers from the top-five poll, while catcher Rylie Goodridge provided the margin in a 4-2 win over Kimball. Goodridge broke open a 2-2 game with a a two-run triple in the sixth inning.

2. (2) Golden Valley (18-2): The Cougars suffered their first Central California Conference loss with a 6-1 setback to Atwater but rebounded with a championship performance at the Best of the West tournament in Santa Maria over the weekend. That effort, coupled with Atwater’s struggles, keep Golden Valley locked into the No. 2 spot.

3. (5) Atwater (14-5): One day after beating No. 2 Golden Valley and ace Marissa Bertuccio in arguably the biggest win of the season, the Falcons were picked off by Patterson and then split two games at the Tulare Classic. Atwater looked impressive, though, against the Cougars, banging out 15 hits, including three by UC Santa Barbara-bound senior Megan Escobar.

4. (3) Enochs (11-3-1): The high-flying Eagles have been grounded by two consecutive losses in Central California Athletic League play. Suddenly, the conference title is up for grabs after two thrilling losses by the front-running Eagles to Pitman and rival Gregori, who rode a three-run home run by sophomore Cecelia Hogel to victory.

5. (nr) Turlock (11-4): The Bulldogs have won three straight since a narrow loss to Enochs on March 28, outscoring Pitman, Gregori and Downey 22-1. Ace Shelby Frutoz, another one of the region’s two-way dynamos, has been sensational during that stretch, striking 26 batters with no walks.