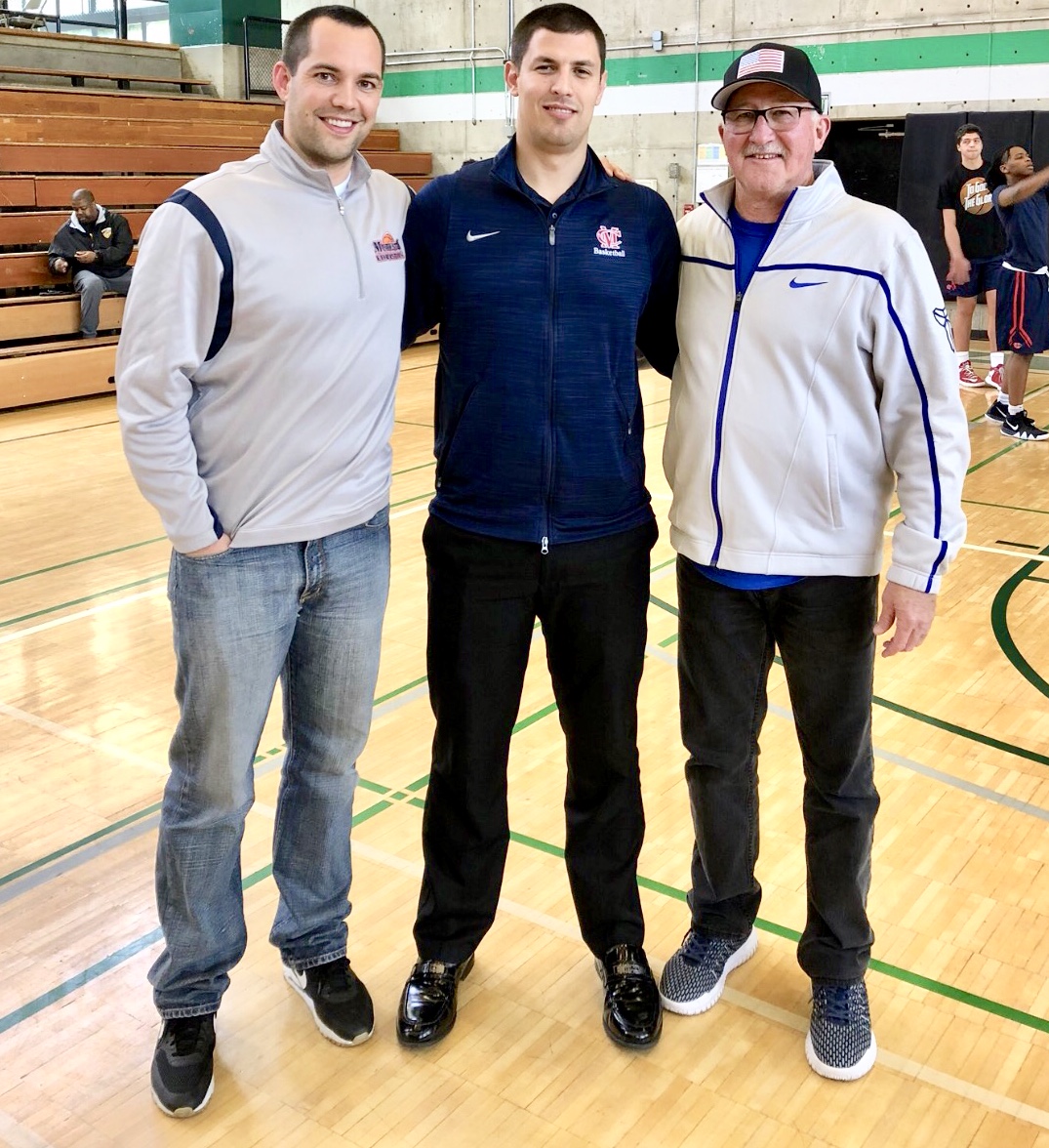 When Brice Fantazia introduced the Coach Gary Porter Showcase last winter, the Modesto Christian boys basketball coach hoped to create an event that lived up to the reputation of its namesake.

Porter’s legacy lives among the Sac-Joaquin Section’s greats, regardless of sport. He crafted a career record of 510-123, including 503 victories in 18 remarkable seasons with the Crusaders. What’s more impressive, Porter won an unprecedented 16 section championships and two state titles before retiring in 2014.

“We’re honoring coach Porter, who is a legend,” said Fantazia, who played for one of Porter’s state championship teams. “With all the success he had, we didn’t just want a normal showcase. We wanted to attract the best teams and we’ve done that."

In Year Two, the Coach Gary Porter Showcase passes muster, serving as a gathering place for some of region’s elite programs.

Saturday’s field features three games between teams ranked in the top-15 in Northern California, including No. 2 Modesto Christian (0-1) against No. 12 James Logan of Union City (1-0) at 7:30 p.m. The two last met in the opening round of the CIF State Division I tournament in 2016, a game won handily by James Logan, the eventual Northern California champion.

The showcase tips off with Monterey-Jim Elliot Christian at 1:30 p.m. No. 6 Capital Christian tangles with No. 13 Weston Ranch, a Valley Oak League title contender headed up by former Beyer High star Chris Teevan, at 3.

“A few of those teams are even better than their rankings,” Fantazia said.

By “a few of those teams” Fantazia is talking about one — James Logan. He scouted the up-tempo Colts at the season-opening Northern California Tip-Off at Newark Memorial over the weekend. Led by 6-foot-6 wing Malcolm Steadman, James Logan edged Campolindo, 69-64.

“They looked really good really, really good. They’re athletic. They’ve got great guard play and they really get after it,” Fantazia said. “I like the way they play. They’re fearless; they won’t back down at all. When you got good guard play, you can compete with anyone. They’re not the biggest team, but they have a stud in Steadman. They’re athletic and long, and won’t be intimidated of us.”

Despite an offseason of great fanfare and expectation, Modesto Christian, the two-time defending Division I section champion, limps into the showcase. Point guard Earv Knox played sparingly in Saturday’s 72-66 loss to Santa Margarita at the Tip-Off and hasn't practiced this week because of knee pain. Dathan Satchell, the team’s top returning scorer, was limited to 14 minutes because of the flu.

Instead, the Crusaders leaned on their bench. Freshman Devin Day and junior sharpshooter Baljot Sahi knocked down four 3-pointers apiece as Modesto Christian trimmed a double-digit deficit to three with less than two minutes remaining.

“That’s probably as thrilled as I’ve been with a loss since I’ve taken over as coach,” Fantazia said. “We had some guys out with injuries and our top guys didn’t play well. … It was good to see our depth and our bench guys step up against with three Division-I guys. We won’t have to rely on our top guys, night in and night out. For that being our first game, knowing we had a chance to win down the stretch, I’m happy with where we’re at.”

Sahi paced the Crusaders with 14 points, but it was the play of Day that turned heads. By game’s end, Santa Margarita was face-guarding the 6-foot-3 freshman, a sign of respect.

“For a freshman to step up in a big way, people really don’t understand the potential he has a freshman. He’s not afraid of the moment; he won’t shy away. The good thing is the older guys, our juniors and seniors, they trust him.”

Saturday’s game will be Modesto Christian’s final tune-up before its heads to Arizona for the HoopHall West tournament on Dec. 7-8. The Crusaders have been matched with Gonzaga Prep of Spokane, Wash. and Perry of Gilbert, Ariz.

“We have to get better every single day. Every game leads up to section, NorCals and the playoffs. We can’t dwell on the loss. We have to learn from it, get over it and not overthink what happened.

“I hope to see a team that competes every possession and trusts each other. When we do that, I feel like we can beat anyone. At times, we didn’t do that on Saturday, which happens in the first game of the season. If we can channel that (chemistry and trust) and play together, we have enough weapons to handle our business.”